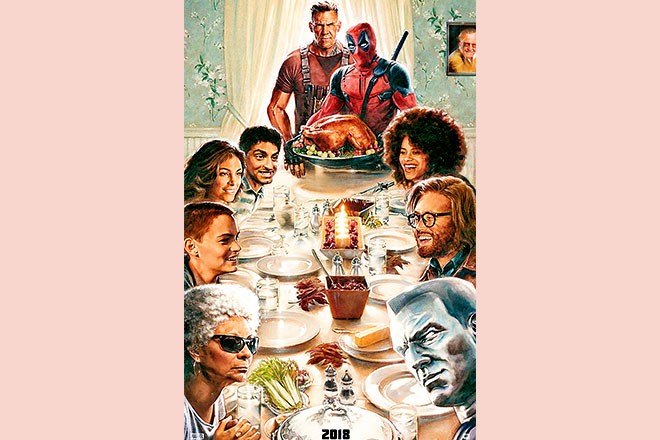 The first Deadpool not only broke the fourth wall (just like in the comics) but also all the rules of superhero movies. It wasn’t just ‘R’ rated (the first superhero movie to be so) but revelled in its rudeness, crudeness, and sheer mayhem while throwing at us a joke-a-minute and skewering superhero tropes both on film and paper.  The sequel has more of the same - but it just doesn’t work as well. For one, while the first film came as a hilarious surprise we kind of know what to expect this time around, even if the stakes are a tad bit higher now (there’s this whole saving-the-future thing as well as a couple of souls, Deadpool’s included, whereas the first was basically the merc-with-the-mouth seeking revenge on the guy who disfigured him). Secondly, there’s a certain clunkiness in the storytelling. The first Deadpool wasn’t the smoothest ride either but here the bumps are bit more pronounced and some of the action/fight sequences become repetitive (it wouldn’t have hurt the movie to have lost about 15 minutes or so from its two hour run-time). Still, just when you feel the movie’s about to lose you along comes another gag or zinger which lands absolutely on target and has you either grinning or giggling or guffawing so you’re never too distracted (albeit you probably have to know your comic books a bit more than you did for the first film to get all the jokes).

Still, overall, there’s more to enjoy than not. While the movie misses a trick in underutilising Brianna Hildebrand, who was such a delight in the first film as Negasonic Teenage Warhead (don’t you just love that name?), Ryan Reynolds still kills it as the titular character. Josh Brolin as Cable, the time-travelling hero with the robotic arm and Zazie Beetz as Domino (whose superpower is being lucky) are also welcome additions to the franchise. Deadpool 2 also boasts some of the funniest mid-credits/end-credits scenes ever (perhaps worth the price of admission alone). So if you were entertained by the first film you’ll probably like this one too.

Cut to chase: The sequel is fun - just not as much as the first film.

Adapted from Brad Cohen’s autobiography, Front Of The Class: How Tourette Syndrome Made Me the Teacher I Never Had, but owing just as much to movies like To Sir With Love/ Dead Poet’s Society/ Dangerous Minds, et al, Hichki has Rani Mukherjee playing a dedicated teacher while struggling to overcome a handicap of her own. Naina Mathur (Mukherjee) suffers from Tourette Syndrome, the neurological disorder which causes its victims to suffer from involuntary tics and verbal outbursts at frequent intervals. If this wasn’t enough she also has to turn her class of unruly, underprivileged kids at a prestigious private school into prize-winning students (or at least students who can pass their exams) before time runs out for all of them, herself included.

What follows is utterly predictable. However, despite its lack of originality, Hichki remains effective throughout as well as effectively moving on a number of occasions. To a large extent, this is because director Siddharth Malhotra doesn’t overplay his hand but more so because of Rani Mukherjee’s excellent, heartfelt performance. Even as the particularity of her character’s handicap - Tourette’s - kind of falls by the wayside as the movie progresses and becomes a more standard saga of an inspirational teacher, Mukherjee remains completely engaging throughout. As a result, the movie touches and inspires.

Cut to chase: You’ve seen this many times before but still very well done.