With the general elections approaching fast, the slogans for a separate South Punjab province are becoming louder 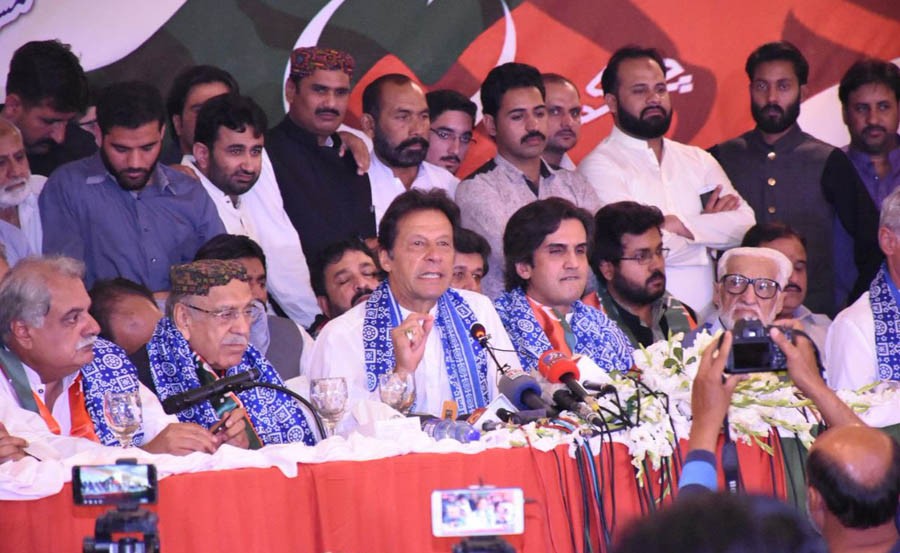 South Punjab is truly in the pre-election mood. The local politicians are once again demanding a separate province - as they did prior to elections in 2008 and 2013.

The PPP passed the resolution in the National Assembly in 2012 for the new province in South Punjab. The PPP got support from Seraiki Wasaib. This became a populace slogan in the area and soon after the political elite of Pakistan Muslim League (PML-N) adopted it as well. The PML-N announced it would support the creation of two provinces -- South Punjab and Bahawalpur. It was one of the important points of PML-N’s 2013 election manifesto. The party won 36 out of 43 seats from South Punjab in 2013.

Presently, the issue of a separate province has changed the dynamics of politics in South Punjab. It has divided the local politicians. Most have changed their political loyalties.

This time, Junoobi Punjab Suba Mahaz (JPSM) is upholding the cause of South Punjab - of formation of a new province consisting of Bahawalpur, Dera Ghazi Khan and Multan. Within weeks, the JPSM merged into Pakistan Tehreek-e-Insaf (PTI).

However, the JPSM is demanding a new province without addressing the issue of restoration of Bahawalpur as a state.

Talking to TNS, Muhammad Ali Durrani, a seasoned politician and central member of the Pakistan Muslim League-Functional (PML-F), says that the history of demand for South Punjab started in 2008. "PPP got 13 out of 28 seats in the National Assembly from Multan and DG Khan in 2008, and the PML-N secured only three seats from the same area. In Bahawalpur, the PPP got nine out of 15 National Assembly seats whereas the PML-N secured only three seats. The rest were won by independent candidates".

Recalling the results of the 2013 elections, Durrani says, "PML-N got 25 out of 28 National Assembly seats and the PTI secured two seats from DG Khan and Multan. The PPP lost all seats."

"From Bahawalpur, the PML-N secured 11 out of 15 National Assembly seats and the PPP got only two seats. The results for the Punjab Assembly seats were about the same," he adds.

"Feudals from Multan, DG Khan and Rahim Yar Khan have a nexus of sorts. They want to rule Bahawalpur and South Punjab as well. It could be a conspiracy against Imran Khan," he opines.

"These feudals will lose seats from Bahawalpur and South Punjab. In that case, the PML-N will gain."

Durrani briefly refers to history. "Bahawalpur has never been part of these areas. When Yahya Khan divided the One Unit of the West Pakistan into four provinces, unfortunately, the status of Bahawalpur as a province was not restored. People were angry and a movement against this started. Some people lost their lives, many were injured and imprisoned. The people of Bahawalpur have their own history and they will reject those who they think are not committed to their cause."

Makhdoom Khusro Bakhtiar, President JPSM and central leader of the PTI, rejects the allegations levelled by Muhammad Ali Durrani. "People have demanded South Punjab because they want it. People from Bahawalpur want to be part of South Punjab," he claims, reminding that he himself belongs to Bahawalpur. "Unfortunately, some people want to sabotage the movement of South Punjab but they will fail. No party that raises the slogan of Bahawalpur State will win. The status of Bahawalpur cannot be restored now."

Bakhtiar says that those who want to divide the southerners will be rejected in the coming elections. "The PTI will win with a huge margin and South Punjab province will become a reality. We negotiated with the PPP and other parties as well but only the PTI supported our cause. That’s why we have joined the PTI."

He rejected the claim that "aliens" have any role in the creation of JPSM and its merger with the PTI.

Abdul Majeed Kanjo, Chairperson Seraiki National Party, says the PPP was wiped out from the election of 2013 because its candidates had won the election in 2008 for raising the slogan of Seraikistan but did nothing for the creation of the province. "Now the PPP seems silent on this issue. The PPP could have emerged as the biggest political party in the region if it had announced its support for the new province in its manifesto."

According to him, the people of South Punjab, including Bahawalpur, Multan and DG Khan cannot be divided. "No doubt, there are differences among the political elite of Seraiki Wasaib. We will negotiate with them and request them to end their differences and work for the cause which is nothing else than the creation of Seraikistan Province."

Kanjo adds, "The PML-N was not sincere with the cause of creating new provinces. Actually, PML-N wanted to divide the people of our region. Unfortunately, some people from the political elite offered their services to sabotage the movement for Seraikistan."