The slumbering giant roars again at 92

Will Mahathir measure up to the challenges at this historic juncture that places him in a unique position to mark a clear break with the past? 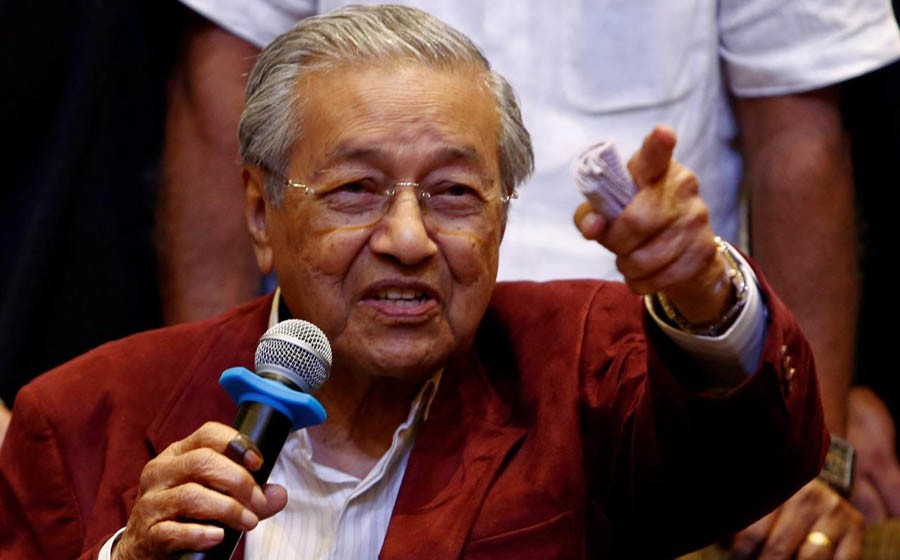 The Malaysian opposition’s upset victory on May 9 is shocking. Both the voters and public could not believe that the long-entrenched ruling party was trounced in one fell swoop. With the ruling United Malays National Organisation (UMNO) firmly entrenched in power since Malaysian independence, there was a fat chance of the newly formed opposition alliance the Pakatan Harapan (PH) winning the election and forming the government. Yet the opposition alliance, led by the former Prime Minister Dr Mahathir Mohamad, pulled off an expected win by securing 122 out of 222 seats in contention in the 14th Malaysian general election.

PH also won six of the 12 state’s elections, up from two state governments. The opposition’s victory was all the more remarkable against the background of gerrymandered electoral boundaries and populist goodies generously offered by the incumbent government as tax exemption to under 26 year olds in the run up to the election.

The long ruling UMNO party with its various alliance partners has ruled Malaysia since 1955. The incumbent ruling alliance was called the Barisan Nasional (BN). Between 1981-2003, the party was led by Dr Mahathir Mohamad, who has ousted UMNO party from its impregnable perch from the opposition platform PH. During his five-time premiership as the leader of UMNO, Mahathir put in place measures that hugely favoured the Muslim Malay population which constitutes 69 per cent of the population.

The Malay population was given preferential access to jobs, educational opportunities and government contracts in an institutionalised system of racial preference which in any European country would have attracted legal and moral opprobrium. This system bound Malay population to the UMNO party considered defender of racial preference system. Now Mahatir, as the head of the opposition alliance and the new prime minister will have to face the pressure of diluting this preferential access system since one of the main components of the opposition alliance is the mainly ethnic Chinese Democratic Action Party.

The win of the opposition is also linked to the declining fortunes of the UMNO party over the years with its share of Malay vote splintering into different Malay-focused political parties ranging from UMNO, PH and the Pan-Malaysian Islamic Party (PAS), a stern religious grouping.

Earlier, in his five terms as prime minister of UMNO, Mahathir groomed Anwar Ibrahim, another stalwart of UMNO before the pair fell out in 1998. The falling out saw Anwar jailed on charges of sodomy and Najib Razak, the ousted prime minister, rising as the anointed heir of Mahathir in UMNO hierarchy.

However, Mahathir’s love for Najib Razak, the outgoing prime minister, soured when corruption charges surfaced against him. The US Justice Department accused Najib of pilfering 681 million dollars from the state development fund -- a charge denied by the outgoing prime minister. Mahathir has led crusade against the corrupt ways of the outgoing prime minister. As part of the crusade, Mahathir has made his peace with Anwar Ibrahim. Both now appear to be reconciled and united in the opposition alliance PH which has just won a historic win. Soon after oath-taking, Mahathir announced his intention to hand over power to Anwar midway through his tenure. In preparation for his second coming Anwar is set to be released, allowing him to re-enter the parliament.

Having ejected UMNO from power, the expectations of the electorate are sky high. This historic juncture places PH is a unique position to mark a clear break with the past since this is the first transfer of power to the opposition since Malaysian independence.

This win gives Mahathir another chance to undo many of racially discriminating laws and policies he inaugurated and perpetuated throughout his prime ministership as the leader of the UMNO. It will by no means be easy since the opposition alliance is composed of the Democratic Action Party, mainly Chinese party, and pro-Malay Parti Keadilan Rakyat (PKR), which is led by Anwar Ibrahim whose party is protective of Malays interests. Though it would be hard to achieve in the short term, the presence of ethnic Chinese party in the coalition will be a constant reminder of institutional discrimination embedded in the structure of the government and administration.

In the immediate future, the task of Mahathir would be to make good of the pledge made at the hustings. One among these is the reversal of much-hated sales and services tax imposed by the outgoing government of Najib Razak. The PH would also need to make good of the promise of reinstating subsidies on petrol which were scaled back during Najib’s tenure. The election pledge of ensuring minimum monthly wage will also be one of the issues on top of the pile in the in-tray of the new government. In the background will also lurk the historical rivalry between Mahathir and Anwar Ibrahim.

Though Mahathir and Anwar are apparently reconciled, some observers have cast skepticism over Mahathir’s intention to hand over power after two years. Another headache would be managing Chinese part of the emerging political scenario. With Chinese constituting about 24 per cent of the population and enjoying great economic clout, tension is bound to arise over racial preference as well as over the growing Chinese investments in Malaysia.

Mahathir, an economic nationalist by history and temperament, has expressed his dislike of the growing Chinese economic penetration in Malaysia. This may put him on a collision course with China and his coalition partner -- the Democratic Action Party. These are huge challenges by any standards. But for a prime minister, aged 92, these challenges require huge amount of vigour and stamina. Will Mahathir measure up to the challenges? We would know the answer within a year.

The slumbering giant roars again at 92