Male gaze in our literature

It is time to question the perspectives our literature offers on women, their bodies and their beings 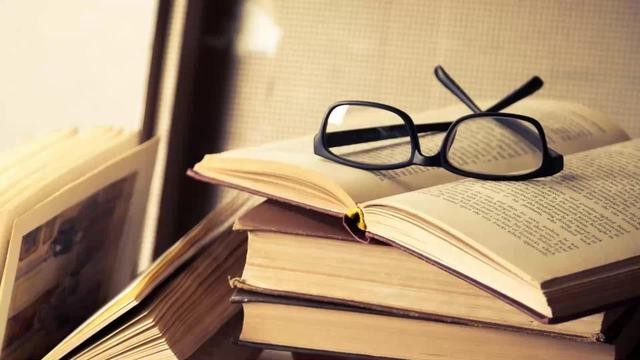 "It is remarkable, I must say, how being in Pakistan heightens one’s sensitivity to the sight of a woman’s body. Do you not agree? That bearded man - who even now, sir, continues from time to time to attract your wary gaze - is himself unable to stop gazing over his shoulder at those girls, fifty yards away from him. Yet they are exposing only the flesh of the neck, the face, and the lower three-quarters of the arm! It is the effect of scarcity; one’s rules of propriety make one thirst for the improper. Moreover, once sensitized in this manner, one numbs only slowly, if at all; I had by the summer of my trip to Greece spent four years in America already - and had experienced all the intimacies college students commonly experience - but still I remain acutely aware of visible female skin." -- Mohsin Hamid: The Reluctant Fundamentalist

The text, rather a subtext, gives just a glimpse of the male gaze cast at the female body in the Pakistani society. The writer here looks at a certain social phenomenon. But, do we get a somewhat different picture if we look at the perspectives our literature offers on a woman, her body, her entire being?

Let’s set those aside who see the presence of a woman in public life a challenge to male sexuality and even a potential hazard for her own fragile chastity. Those who are there to cover everything beautiful (Read: feminine) and blot the faces of women in pictures that could also corrupt the youth mind. The ‘visual’ offered by the writer speaks volumes about an issue that might not be confined to our culture, but is arguably more pertinent to and much more problematic in our context -- both in actual life and literature. These visual regimes, in fact, encompass and pervade our entire cultural mechanism.

Looking, gazing, eye-contact and such other visual modalities constitute important and crucial elements of the face-to-face human interaction as they impart, apart from fulfilling the primary function of mutual communication, a lot about the psychic state, social mores and cultural assumptions of the interlocutors. Our traditional, common-sense knowledge tells us that every woman is essentially an exhibitionist and every man a voyeur.

Consequently and correspondingly, this logic echoes in our literature, not only belonging to ancient or pre-modern times but also in our contemporary writings. The following lines in Rajender Singh Bedi’s novelette, Ek Chaddar Maili Si, meanwhile a modern classic in Urdu literature, do not come from the mouth of any character, but they form the very narrative fabric of the story:

"Three-dimensional beauty of a woman in all her glory was standing right in front of Mangal, something that no man of flesh and blood has ever been able to resist…"

And, this is not only about the perspective of just one onlooker that we come across. Throw just a single contrapuntal, symptomatic look and every other philogynist male writer will show you some traces of anti-feminism, if not proper misogyny in his writings.

In the hierarchy of human senses, the faculty and act of seeing, as we all know, stands atop. The dictum of ‘seeing is believing’ has its equivalent in our culture:

(How a thing seen can be equalled to the heard one?)

We have an eye-witness and something heard is just hearsay: gossip. But, this       supremacy of vision -- seeing -- is apportioned between the male and female partners not only disproportionately and unequally but also unjustly. Arguably, a social practice and not something of a naturally given.

A superannuated professor and a literary critic wrote an introductory critical essay on a female short story writer from a comparatively younger generation. The heading reads like this: Urdu Afsane Men Ek Khoob Roo Izaafa -- that can be roughly translated as A Beautiful Addition to Urdu Short Story (-Writing). The adjective Khoob Roo, though coterminous with Khoob Soorat -- beautiful (-faced) has, as we know and see here, a not-so-concealed double entendre. Some might have taken it even a sexist remark. But, usually and surprisingly enough, women in our culture take such comments as compliments. This is how patriarchal notions about man-woman relationships are taken for granted. Man as an active onlooker and a woman as a passive object -- to be looked at, or what has been termed as "the to-be-looked-at-ness" of the female body.

A healthy, productive and true human relationship between the sexes is to be found on the principle of complementariness and reciprocity and not in the hierarchical model of superordination and subordination. In the instance reported above, the woman is reduced to a body, to sheer flesh. In other words, these ‘hard’ looks that demonstrate masculine spectatorship demote a woman to a mere thing.

This unequal binarism is not something new and not, of course, confined to our literary and cultural milieu; literature since ages has been portraying such stereotypical images and imagery. In Europe and some other parts of the world, such truth-claims based on the phallogocentric logic whether by Nietzsche, Freud or in recent times by Lacan, have been challenged, dismissed and even in some cases discredited by the feminist (literary) scholarship. Especially, Laura Mulvey’s critique focussed on the male gaze, though in the context of Hollywood films, has engendered a new debate in the male-female visual relationship and it helped subvert certain erroneous notions.

We are, however, still sticking to such assumptions -- sometimes under the cover of religious social values and at times simply for the sake of the so-called traditional wisdom.

True that some ‘women questions’ might be West-specific, emanating from the Western culture and history, ours are not less pertinent and complicated ones and it is high time we raised them to get their proper, honest and rational answers.

The issue is not to reverse the gaze, but to set it in the right perspective -- what Levinas would have called the ethics of visuality. And, a deterministic outlook or religious fatalism is, to be sure, no remedy.

Literature is not just to entertain and amuse you; it has to educate you too.

Male gaze in our literature