Despite dismal initial economic conditions, Bangladesh has unfolded a new and remarkable Cinderella story as its economy has staged a turn-around, leapfrogging over its much more affluent peers 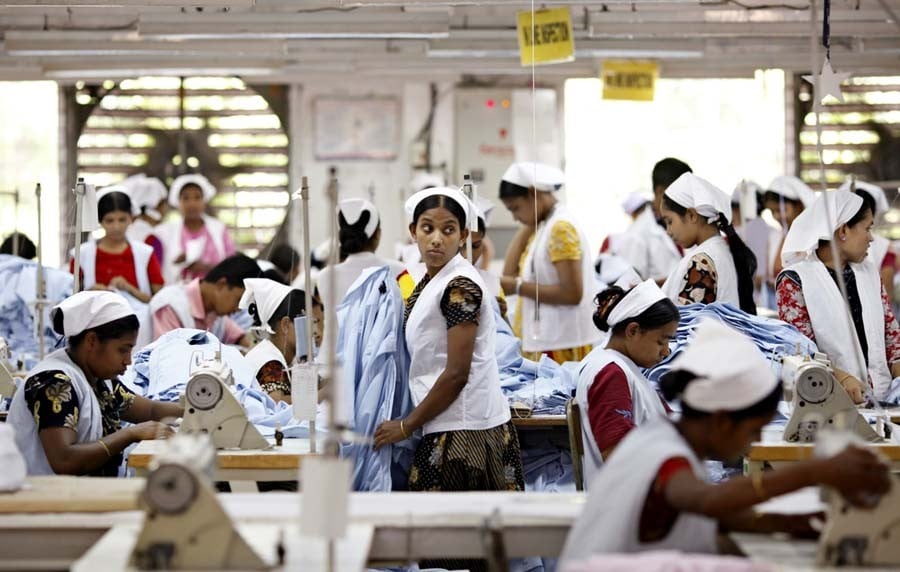 Bangladesh is reportedly on the verge of becoming the next Asian tiger, while Pakistan -- arguably its political nemesis -- has been chasing that mirage almost ever since the former’s birth. After a brief and abortive flirtation with socialism in the early 1970s, Pakistan seems to cosy up to the ambitions of its old and strident ally, China, which has agreed to invest over $50 billion in a massive infrastructure-building programme that is in consonance with the country’s master-builder Nawaz Sharif’s investment strategy.

Indeed, the Asian tiger’s dream was personified by Nawaz Sharif, the country’s thrice-elected prime minister, who is in the midst of his worst political troubles at the moment. However, both Bhutto’s romance with socialism and Nawaz Sharif’s fascination for making Pakistan an Asian tiger (which he proudly used as an electoral symbol for his political party) have been thwarted by the establishment. The West Pakistani ruling elite -- despite belonging to a minority province -- treated the people of East Pakistan with contempt and considered its economy as a drag on the country’s overall economic growth. Many in Pakistan celebrated Bangladesh’s separation as "good riddance" and a good omen for resuming West Pakistan’s fast-track growth trajectory which had an abortive run during Gen. Ayub Khan’s regime.

In the initial years of its existence, in the midst of political and economic instability, the Pakistani junta’s prophecy was beginning to prove right and Bangladesh was considered as an economic basket case -- devastated by a costly war of liberation, persistent poverty, famine, floods and cyclones -- for many years after independence in 1971. The international community rushed to its rescue, flooding it with aid and bringing corruption in tow.

Despite such dismal initial economic conditions, Bangladesh has unfolded a new and remarkable Cinderella story as its economy has staged a turn-around, leapfrogging over its initially much more affluent peers, India and Pakistan, who have been vaingloriously fighting over the dominance of the South Asian region, with callous disregard for the welfare of their own people.

When Bangladesh’s annual GDP growth exceeded Pakistan’s for the first time in2006, most analysts treated it as a mere blip, but the year has proved to be an inflection point, according to Prof. Kaushik Basu, a former Chief Economist of the World Bank. Since then the country’s GDP has consistently exceeded Pakistan’s by roughly 2.5 percentage points per year and in 2018, its growth rate is likely to surpass India’s. Moreover, Bangladesh’s population growth of 1.1 per cent per year is nearly half of Pakistan’s 2 per cent rate, which boosted its annual per GDP growth rate over Pakistan’s by approximately 3.3 percentage points per year.

In a recent article in World Development, Prof. Wahiduddin Mahmud, a distinguished economist of Bangladesh (and a former student of this author at QAU in 1969-70) has carefully analysed the story of Bangladesh’s growth renaissance -- which started after its "lost decade" of 1970s -- by dividing it into two periods. In the first period, from 1980 until the early 1990s, growth was lackluster, as the foundational structure of its grass-roots-based development strategy and governance reforms were being laid. But it accelerated after 1995 and remained sustained in the new millennium. As a result, it overtook Pakistan’s growth rates in the mid-1990s, and maintained the growth advantage afterward, although it has been well below that of the average Asian developing economy and India. Bangladesh’s growth momentum has not declined and has performed better than the average developing economy, despite the worsening global economic environment since 2007-2008.

Bangladesh now consistently ranks among the top 10 nations in gross domestic product (GDP) growth. Its economy grew 7.28 per cent in the past fiscal year, for example, exceeding the government’s already optimistic projections. Bangladesh’s annual GDP rose from $100 billion in 2009 to $250 billion in 2017, an eye-popping 150 per cent increase. The rapid expansion, coupled with sustained poverty reduction, put it on the fast-track and well within reach of its Asian tiger economy aspirations.

Like all dynamic economies, Bangladesh also continually diversified its economy. Much of its early growth came from the ready-made garment industry, which remains the most dynamic segment of its industrial sector and continues to serve as its engine of growth. More significantly, the sector has proved to be a boon for women’s employment and empowerment, which is the bedrock of Bangladesh’s model of development, epitomized by the (Nobel laureate Dr Yunus-led) Grameen and (Magsaysay award winning Fazle Abed-led) BRAC movements, covering almost all the districts of Bangladesh and almost 80 per cent of the rural population and focused primarily on women. Their efforts have had a transformative effect on Bangladesh’s social indicators summarised by the rise in average life expectancy which has now touched 72 years, surpassing those for India and Pakistan by 4 and 6 years, respectively.

Bangladesh has achieved significantly higher progress, compared to economies sharing similar levels of income, in terms of a wide range of social indicators: female education, child health, and fertility. Bangladesh has, since the 1970s, managed to reverse its abnormally high record of average total births per woman -- and since the 1980s, it has even outperformed countries with similar levels of income. Between 1980 and 2010, Bangladesh’s ranking for fertility data within the developing world improved rapidly while only modest improvements were achieved by Pakistan and India. Between 1980 and 2010, the ratio of women using contraception jumped from 10 per cent to nearly 60 per cent, while the 2005 figures for Pakistan and India were 30 per cent and 53 per cent, respectively. As a result, fertility also declined progressively compared to that in peer countries, with favourable impact on per capita incomes and poverty reduction; it is estimated that by 2010, women in Bangladesh were giving birth to an average of two fewer children than in other economies at the same level of income.

No less impressive was Bangladesh’s performance in the health sector, especially when compared to Pakistan’s dismal and shocking record in recent years. While Pakistan recently hit the headlines for having the worst infant mortality rate in the world -- one in 22 new-born babies having a chance of dying within a month of their birth -- a figure worse than even that for very poor countries of sub-Saharan Africa. In Bangladesh, high infant and under-five mortality rates became history in the 1990s, well before the country saw a large-scale reduction in poverty. Preventive measures such as immunization have also played a key role in Bangladesh’s phenomenal success in the health sector -- the rapid increase in the immunization rate from one per cent in the early 1980s to over 70 per cent within 10 years was a development that UNICEF has called a near miracle.

Similarly, Bangladesh’s gender gap in primary and secondary education disappeared by the mid-1990s. Since the late 1990s, Bangladesh has outperformed other comparator countries in terms of female primary and secondary schooling, although it still lags behind at the tertiary level. Bangladesh was enrolling over 7 per cent more girls in primary education than other economies at the same level of income, while Pakistan has the dubious distinction of standing second in the world ranking of out-of-school children with only Nigeria ahead of it, as revealed by a UNICEF researcher in a Lahore seminar on April, 25.

Overall, the empirical evidence shows an unmistakable trend: that Bangladesh has steadily progressed over the past four decades. In particular, overcoming the gender disadvantage in primary and secondary education by the mid-1990s was path-breaking since Bangladesh "belongs to a regional belt, stretching across North Africa and South Asia, which is characterized by patriarchal family structures along with female exclusion and deprivation".

What is more surprising about the Bangladesh story is that, unlike in Pakistan, the remarkable achievements in the field of economic growth and human development were not achieved through large public expenditures on mega development projects financed through domestic or international borrowing, but through the mobilisation of resources at the grass roots level involving microfinancing and with the active support of civil society and a committed and concerned intelligentsia. Pakistan, and to a lesser extent India too, relied on a much more traditional, elitist, misogynist and exclusivist model of development, which pays scant attention to the problems - and, even existence - of the poor, the downtrodden and the minorities in general and women in particular. These inherent biases in the social and economic dystopia that afflicts the two relatively more affluent South Asian siblings, have enabled Bangladesh to catch up with the long-run development marathon, the trophy for which is still up for grabs.

No unique factor can be identified for the success of Bangladesh in the current lap of the race. Instead, it seems to be the confluence of several factors -- largely institutional in nature -- that occurred simultaneously to eventuate what Wahiduddin Mahmud, understatedly, describes as Bangladesh "development surprise". Whether it would mutate into a "miracle" any time soon, would depend on a number of factors - domestic, regional and international.