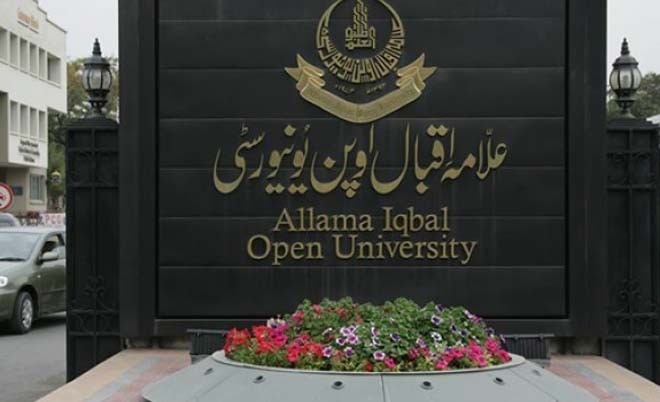 When Hitler and Mussolini imposed their fascism and Nazism over Germany and Italy, one of the first steps they took was to suffocate the academic culture and then moved on to curb the press. Whenever such restrictions are imposed, the academia and journalists fight back. If they fail in their fight, the result is a disaster for society at large and an authoritarian and dictatorial dispensation takes over no matter what they call it: communism, democracy, fascism, nationalism, National Socialism, or republicanism. Such high-handedness stifles dissent and does not brook any difference of opinion in the name of various ideologies.

In Pakistan, there have been repeated attempts to impose a uniform thinking. From the ban on Progressive Writers Association and imprisonment of intellectuals such as Faiz Ahmed Faiz and Sajjad Zaheer to the state takeover of pro-democracy magazines and newspapers such as Imroz, Pakistan Times, Lail-o-Nahar, and many others, we have seen blatant violations of fundamental rights of the people. Then a strong student movement in the 1960s and 1970s valiantly opposed restrictions on independent academic activities and debates at universities. Finally, in 1980s, General Zia imposed a ban on student unions and ever since the academic standards are on the decline especially in social sciences.

Last week this writer had the privilege to attend at least some sessions of two important events organised by a private institute in Karachi and a public-sector university in Islamabad. Szabist organised a seminar with reference to press freedom and AIOU offered a series of TED Talks on topics ranging from water management and macro-economic issues to minority problems in Pakistan. Szabist seminar was highly political in nature and rightly so because you cannot talk about press freedom without discussing the political environment in the country. One had the pleasure to listen to stalwarts of journalisms in Pakistan such as Ghazi Salahuddin, Imtiaz Alam, Mazhar Abbas, and Prof Tauseef Ahmed.

Ghazi Salahuddin presented a candid but sorry picture of Pakistan in terms of press freedom. He linked the decline in media standards to a lack of journalistic training in the newcomers to the field. Even the students of media studies show remarkable apathy towards social movements in the country. An understanding of the 70-year history of Pakistan is a prerequisite for any aspiring journalist and media professional, but hardly anybody reads newspapers and magazines to keep themselves abreast of the developments that have a background in history. He highlighted the fact that most new journalists know almost nothing about the struggle their predecessors waged for the freedom of the press.

These observations are not off the mark. We can directly connect the dots and see a correlation between the absence of a journalists’ movement now and a relative success of the state institutions in gagging the media. Hardly anybody stands up for the right to free speech, most journalist organisations are more interested in wage board awards and perks and privileges they can claim if they toe the line given to them by the decision makers. The office of an editor has almost become irrelevant as the pressure ‘from the above’ has directly affected business interests.

Since a majority of new journalists is unaware of the history of democratic struggle in the country, their priorities lie somewhere else. Not many are interested in challenging the dominant narrative, and those who do are hounded out of the country, attacked, tortured, or simply killed. In this scheme of things, journalists do impose a self-censorship and play safe by maligning politicians and harping on the stories of corruption. By doing this, they wittingly or unwittingly, compromise on human rights -- as freedom of expression is one of the fundamental rights. Ghazi Salahuddinn linked ignorance with disability i.e. not knowing makes us unable to contribute positively as journalists.

Dr Riaz Shaikh, dean of the faculty of social sciences must be appreciated for his persistent efforts to organise such seminars and conferences where students are given an opportunity to interact with some of the finest minds in the country. One such personality is Prof Tauseef Ahmed Khan a teacher of journalism and a renowned columnist for a leading Urdu daily. He reminded the audience that though Pakistan had seen direct censorship in the past, especially during dictatorships, the indirect censorship we are experiencing now is unprecedented. One tends to agree with him while witnessing the curbing of the media by hidden hands.

Mazhar Abbas was more concerned about a lack of interest shown by Pemra or Ministry of Information when a particular channel or newspaper is not allowed to reach the people. Whenever restrictions are imposed on electronic and print media, both Pemra and ministry feign an ignorance of the whole episode or just brush it aside by saying that they don’t know who is creating hurdles in the way of a particular media group. Imtiaz Alam, on the other hand, questioned ‘enemy of the state’ narrative. He termed it kind of a ‘hybrid war’.

The TED Talks at AIOU in Islamabad were not as vocal as the Szabist seminar, but still they provided substantial food for thought to the audience. TED Talk given by water management expert, Dr Hassan Abbas, was enlightening in the sense that it questioned the prevailing narrative at the federal level that supports large dams on rivers. He advocated a more diverse approach to water management by allowing the preservation of natural ecology. In his talk, he stressed that the lack of water flow to the Indus delta region has resulted in increased salinity and water logging.

We need more such experts who take into account lower riparian areas and the concerns of provinces other than Punjab that has been a vocal advocate for the Kalabagh Dam despite bitter resistance from Balochistan, KP, and Sindh. There is a need to focus more on renewable energies such as solar and wind power. Better water management is directly related with poverty reduction strategies and a peaceful future for the country. Abbas’s talk strongly advocated for more aquifers rather than dams which are not a recommended solution for countries such as Pakistan.

The TED Talk given by Dr Vaqar Ahmed from the SDPI was a delight to watch and listen to. He talked about better macroeconomic management in the country. His focus was on imparting economic knowledge to common people and journalists who, according to him, lack a fundamental understanding of macroeconomic issues. A better economically educated populace is a better manager of resources that results in improved governance. He was succinct and finished his talk within the stipulated time, in contrast with others who had to be reminded about their encroachment on others’ time.

The AIOU has initiated a great series of talks the credit for which goes to the VC, Dr Shahid Siddiqui and the dean, Nasir Mahmood. The only suggestion is that perhaps reducing the number of talks at one event will improve better absorption of ideas. Rather than presenting seven back-to-back talks in four hours, it is sensible to have not more than four talks in one go. The more we hammer ideas in a short time, the more they are likely to overflow. Another suggestion for the AIOU is not to segregate speakers from the audience during tea breaks. When the audience reached the tea compound the speakers were nowhere to be seen as they were escorted out to an exclusive room where other participants could not enter.