Reflection on our own strategies, unpacking our class prejudices and a candid drafting of a sexual code of conduct are imperatives for success of gender-based activism 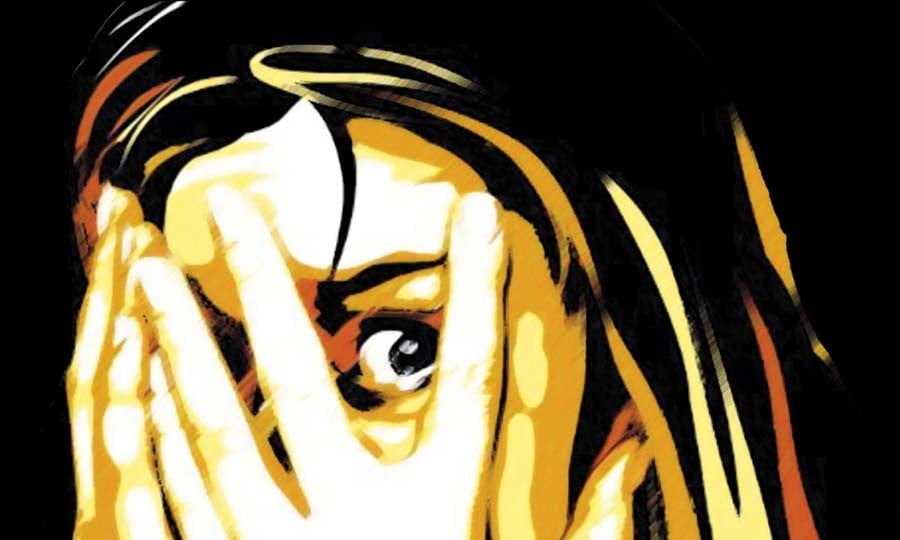 The social and political recognition of sexual harassment and its translation into a legal offense is a significant achievement. While the discriminatory Zina law was the main driver for women’s rights activism in the 1990s, sexual harassment has become the cause that galvanizes a younger generation of Pakistanis. However, the shift in the nature of causes reveals deeper challenges for gender-based activism in Pakistan.

Millennial activism has a different relationship with the state, a more candid approach to sex, and bears a strategic reliance on social media. Our state has already progressed from being a patriarchal aggressor to a more protectionist patron for women. Sex as a practice is a comparatively less taboo topic and the boundaries of legitimate sexual relations are more fluid. As activism has retreated into the private realm, social media has become the forum for consciousness raising, lobbying, and personalised Ted talk type empowerment but is an equal platform for the rearguard and amplifies abusive backlash, fake news, and an apolitical counter-culture.

Women’s rights movements in the 1990s were pitched against the military-led state and its collusion with religious patriarchy. Activists protested against the targeted persecution of women who exercised their choice to marry or divorce, the policing of their bodies, and the clerical attempts to institute gender apartheid. While it was mainly the lower classes who were victims, the protest activism was spearheaded by the more privileged feminists who were often accused of being anti-Islam or anti-state.

The current movement against sexual harassment sees it as a patriarchal obstacle to women’s economic and sexual freedoms and autonomy. The women’s movements of the 1990s were about changing structures and equalising women’s relationship with the state, while contemporary activism is more focused on changing societal and cultural attitudes and equalising power relations between men and women.

The point is not to privilege one cause or movement over another, since these are all related. It is to understand that struggles for women’s empowerment challenge gender inequalities but feminist activism challenges all patriarchal, class-based and ethnic/racial discrimination and the very structures and status quo that protects these. Until there is clarity on these key differences, there is likely to be limited success, false expectations and the perpetuation of ineffective strategies.

Firstly, the new generation of feminists or rights activists views sexual harassment and the politics of freedom of expression through the fog of historical amnesia. Their activism is based on the presumption that women’s rights/human rights were always a given and are stable. They are puzzled as to why these are not easily practiced in our society. They conclude that the ‘system’ does not work and therefore, tend to dismiss legal and state mechanism as failed or flawed.

This decontextualised thinking and disconnect from state structures, legal history, Islamic laws and moralities is part of a postmodernist education that many of this generation have been fed. It leads them to think that social media, speaking out, calling out, and their own personal and collective voice and power, creative energies and imaginative slogans, memes and gifs will bring about change and empowerment. Disillusionment with the slow and biased state structures is fine but disengagement is a strategic blunder.

Linked is a second misconception, that women’s empowerment within the existing societal structure is the solution. This explains the hopes pinned on the entertainment industry and looking to make feminism a brand promoted by a few celebrities. But when these role models make counter-intuitive comments on women’s rights or race issues, the campaign doesn’t just collapse, it backfires and causes more damage. Such corporate or market-driven approaches will be plagued by considerable contradictions, crash and burn campaigns and likely be limited to glossy entertainment which will benefit the corporation more than the cause. It is only through specific legal cases that the realities of economic hierarchies and messiness of abuse of power and class prejudices can be understood.

The slogan of #believeher is understandable in a context where there is no level playing field and the prejudice is to always be suspicious of women. However, hash tag politics lend very limited strategic value. Social media slogans and campaigns tend to be essentialist - as if all women are biologically innocent and permanent victims - but more importantly, they diffuse the issue of consent and prevent a conversation around that.

Women need to be educated about sexual rights and responsibilities as much as men. By indicting all men and exonerating all women on the basis of gender, we prevent hard discussions about blurred boundaries and developing a code of sexual conduct for men and women - in professional but also personal relations. In many cases, it is not just men but many women who are confused about the rules of sexual impropriety or how to assert or defend themselves. This is because before the sexual harassment law there were no rules - just abuse and impunity for those who practiced it.

There are some contradictions in analysis offered by an older generation of feminists on the issue of sexual harassment. Some analysts suggest that women’s economic independence and mobility is causing a backlash in the form of male violence and harassment, but this does not explain how these offenses are no less in those countries where women are already in large numbers in the workforce. Also, the surge of women in the workforce has not only resulted in more harassment but very often, mutually respectful relationships and marriages of choice. Harassment is not always an expression of punishment or loss of control but an expression of impropriety that stems from privilege and abuse of power. It ranges from causing discomfort through staring, distasteful comments, abusive or demeaning language, to unwanted physical advances. Harassment is not rocket science but in a society where complete abstinence and gender segregation are the only prescribed values, there can be no conversation -- let alone agreement -- on what is appropriate conduct between genders.

There have been other ambiguities in feminists’ stances. In India, many insist that the minority status of a raped Muslim girl is a driver of violence but hesitate over whether a woman’s status as a Dalit makes her especially vulnerable in liberal academic settings. If it is not biology or mobility but lack of status or power that is a vulnerability, then the focus of sexual harassment campaigns needs to change.

Limits of the law

Many of us justifiably celebrate the sexual harassment law and recognise the comprehensive strategic thinking that informs it, but there are challenges in its current application. Many dealing with cases point out the flaws in its mechanisms and application. But there is another issue that is quite the opposite.

Precisely because this law is so well-equipped with implementation codes, guidelines and training, in many cases, the sexual harassment law is becoming a substitute to overall gender policy. Many organisations are finding it convenient to flash their compliance with this law as a badge of merit at the expense of their other discriminatory practices, including unequal pay, unfair hiring policies, maternity rights, quotas for minorities, and violations of other labour rights for men and women.

The harassment law changes only one aspect of work culture but not all the other hierarchies and unfair practices. The sexual harassment law must be respected but must not be allowed to become a fig leaf for other unequal workplace practices or vice versa. Feminist analysis means interrogating the overall culture of the workplace rather than celebrating one multinational or the other for its great harassment policies. For feminists, class, race and gender discrimination are interconnected but so is capitalist exploitation.

There is also the troubling practice by some organisations that prefer to avoid negative publicity and discharge those accused of harassment to prove their progressive credentials but without charging them as guilty of the offense. Short-circuiting the process is not fair to either party, or a just solution.

Class loyalties and political affiliations encourage us to celebrate the women of the PPP who are vocal on harassment issues but forget the uncomfortable sexism exhibited by the men of the party, including Asif Zardari’s meeting in 2008 with vice presidential candidate, Sarah Palin who he addressed with presidential sexism. Class and political loyalties blind us as we shrug off ‘casual’ sexism as simply inappropriate, and misogynistic comments by the male friends who frequent our drawing rooms as harmless banter.

On the other hand, some perpetrators are considered less worthy of a proper defense, right to privacy and due process than others. Those who equivocate on the wisdom of Meesha Shafi accusing Ali Zafar on social media, did not have the same reservations over the courage of Nadia Jamil and others who publicly accused their domestic staff of such offenses. Are working classes more culpable and is the worth of their reputations not a valuable commodity?

We lecture government to censor misogynist comments by parliamentarians but tolerate similar comments by our colleagues and laugh with male politicians of other parties about the same women. We are convinced that all maulvis are molesters but that educated pious CEOs and liberal academics who support women’s rights must be innocent of charges. Even within progressive circles, we turn our gazes away and do not object when comrades accuse other women of being too angry, aggressive, controversial, prickly or difficult. The same qualities in male leaders are admirable.

Sexism has a starting point before it translates into a legal offense. But too many feminists remain silent over controversial cases or avoid political contradictions.

Reflection on our own strategies, unpacking our class prejudices and a candid drafting of a sexual code of conduct are imperatives. However, sexual harassment is intrinsically tied to a masculinist culture and no amount of shaming can change that without state backing and legal challenge. The lesson learned from the Zina reforms was that it is necessary to sever the formal impunity that shields male privilege. We have to strike a fair and representative balance of formal and informal strategies to challenge this unjust and illegal behaviour.