Every Friday, we arrive at her place, and for two hours, the family is complete 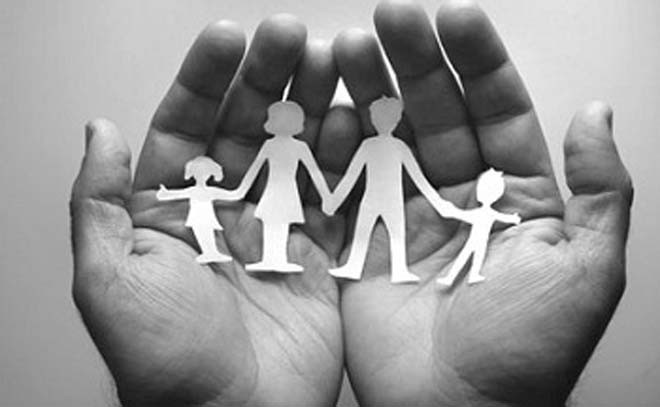 Every Friday, my mother hosts a lunch. Attendance is compulsory, and non-negotiable. "You don’t know how important this lunch is," she tells me. "If it weren’t for me and this lunch, you all would go weeks and months without meeting."

So, every Friday, we arrive at her place, and for two hours, the family is complete.

Growing up in a joint family in the 80s, one could never have gauged that things would become this disconnected. Personally speaking, I grew up with nearly 30 first cousins, thanks in no small part to the nine siblings my grandparents had.

At any given point in time, there were at least four cousins within the same house. Aik nahin to doosra sahi fit in well, when anybody needed someone to play with. Largely, we all went to the same school as well, so not only were we cousins, but a lot of us became close friends as well.

Fast forward two decades. And it’s all gone to pot. I live alone with my family of two. Where I had two elder brothers and a bucket load of cousins, my son is a single child with a total of less than ten cousins, whom he sees maybe once a week tops. My cousins? The ones I grew up with, jumped ship, mostly to Dubai, and the ones that are here, save for a few, we meet on eid, and in the market.

Looking back, it was my grandmother, the matriarch, who was the single unifying force for the extended family. Whether it was love or fear that brought everyone together, I don’t know, as I was too young to fully embrace the subtle nuances of family relationships, but there we all were. It seems that with her passing, the glue that binded all of us together finally gave way.

Over time, the single core unit evolves into many smaller units, and eventually they let go of the main core unit, and start evolving on their own, kind of like how an entire forest evolves from a single tree.

Perhaps this is the natural course of all families. Over time, the single core unit evolves into many smaller units, and eventually they let go of the main core unit, and start evolving on their own, kind of like how an entire forest evolves from a single tree. The tragedy here is that those that started the core unit, in my case, my parents, hang on to what was their idea of a family -- them and their children, whereas, for me, now my primary concern, and perhaps my primary failing, is that my focus is largely on my own family first, and everyone else later. My mother, who like most mothers has an amazing way with words, brought it altogether: "beta, this is your home, and always will be, but that there, is yours alone."

In 1981, American social worker, Dorothy Miller, coined the term ‘sandwich generation’ to describe women in their 30s and 40s who were sandwiched between young children and ageing parents as their primary caregivers. To be fair, this term applies equally to men in the same age bracket. The trouble for this generation is that they mostly have the added burden of a full time job to contend with as well. And as we, the sandwiched, struggle to hold up our end of the bargain, there is trouble at the other end as well.

Ageing parents sometimes find it difficult to accept the onset of age, that they require help, and that their children, who are by now grown adults, have also seen their fair share of life. Tumhein kya pata is something we’ve all heard growing up. But now we are grown up and have a fair idea of how the world operates. This near role reversal causes friction, with the younger generation asserting its adulthood and the old guard finding it difficult to give room. The cookie must crumble for a new one to be baked.

"Do you miss the old times?" my editor asked me as we discussed this piece. And I’m lost to find an answer. I’m possibly not the same person I was back then, and now having lived for so many years on my own terms, I doubt I’d be able to do it again. "Yes, I miss the idea of it, the romantic notion of living as one cohesive unit," but that would be against the run of nature.  So while I may not physically be in touch with my kin, we stay abreast with everyone in the virtual space -- mostly it’s WhatsApp, sometimes facebook -- pathetic, right?

David Byrne, the famous musician, recently complained that we are "beset by - and immersed in- apps and devices that are quietly reducing the amount of meaningful interaction we have with each other." As an example, he cites Amazon where you can shop without talking to a shopkeeper, you can take online courses without going to class, you can hail a cab through Uber and Careem and having already told them your destination, have a totally quiet ride. All these advancements are killing human interaction. And will eventually make us anxious, and wary of each other.

Read also: The good side of family

So even when the family does get together, half of us are immersed in our devices. And this virus is cross generational -- everyone has a device they can retreat into.

Still, in urban centres, families aren’t the large, cohesive unit they used to be. Rising costs of living, a lack of employment opportunities, and long working hours have all combined to decrease the overall size of a regular family. Case in point: My grandparents had nine children. My parents, three. Me, one. Here’s hoping my boy reverses the trend.