12 carbs you should definitely avoid 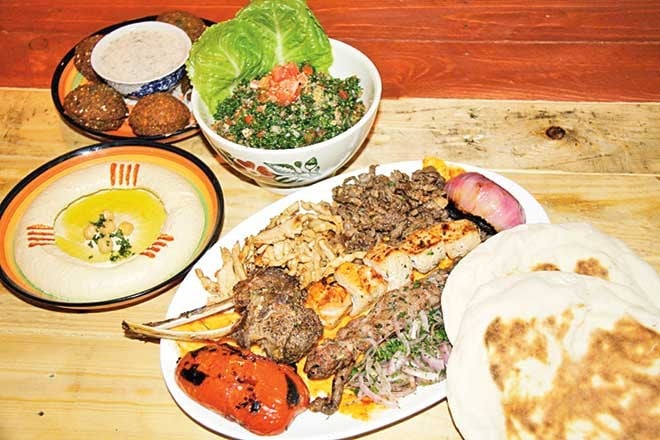 Thanks to the ketogenic diet, carbs (carbohydrates) are currently the Jughead of the food world: misunderstood, brooding outcasts (sans the beanies and street gangs, of course).

After all, carbohydrates are an important part of any diet. They fuel your brain and your body needs a certain amount to function properly. And many carbs are high in fiber and other important nutrients you need for a well-balanced diet.

Thought of as "diet food," rice cakes are actually just empty calories that won’t fill you up. There are 17 carbs per cake, which isn’t super low, either. "Swap with one slice whole-grain toast for more fiber, similar carbohydrates, and greater satiety," says Elizabeth Shaw, a nutrition expert.

White rice might taste great with takeout, but it’s lacking in fiber due to its refined processing. There are about 36 grams of carbs in a one-quarter cup serving. Instead, ditch basic white rice for quinoa, which has more protein and fiber and almost 10 grams fewer carbs, says Shaw.

Even "healthy" cereals and granolas can have tons of sugar, so you’ll want to check the labels first. For a three-quarters cup serving, it could be around 22 grams of carbs, Shaw says. "Swap with one cup whole-grain oats, [which has] more fiber and heart-healthy grains to help lower cholesterol," she says.

White bread has about 31 grams of carbs per slice, says Shaw, and it’s refined, so it’s stripped of its nutrients (a.k.a. you’re getting literally nothing besides the carbs). "Swap with 100 percent whole grain and seed bread for more nutrients like protein, fiber, and heart-healthy omegas," says Shaw.

No one is denying that chips are delicious. "But that salty snack that you mindlessly eat while sitting in front of the TV has a ton of unnecessary carbs. About 15 Lay’s potato chips will set you back 15 grams of carbs," says Natalie Rizzo, R.D. Instead, make your own healthier chips, or try a veggie chip, like kale, if you’re craving something salty and crunchy.

They look healthy (they have fruit! and oats on top!) but unfortunately, a lot of muffins are basically cupcakes without the frosting. "For instance, one Little Debbie muffin will set you back 46 grams of carbs and 350 calories," Rizzo says. Ouch. If you truly love muffins, make that treat an occasional indulgence.

The solution: Switch to a non-white grain pasta, or bite the bullet and embrace zoodles or spaghetti squash.

"Many are made up of enriched flour and even hydrogenated oils in some cases," says Michalczyk. Plus, one wrap has about 35 grams of carbs. "Instead, opt for leafy greens to do the ‘wrapping’ for you. Greens are nearly carb and calorie free and are packed with nutrients like vitamin A, C, and E," she says.

Nothing says brunch quite like bagels, but they’re also super high in carbs. "Bagels can be equivalent to four slices of bread (66 grams carbs) and are often refined, meaning they lack dietary fiber," says Kailey Proctor, R.D.N.

"Swap a bagel for an English muffin to save on some carbohydrates and calories so you can add other lower carb foods, like avocado, hummus, or peanut butter," Proctor says. An English muffin only has 24 grams.

"A 12-ounce cup of unsweetened apple juice contains about 48 grams of carbs, which many people may not expect since it’s a liquid! And that’s for an unsweetened version," says Michalczyk. "Skip it all together and opt for water with a lemon wedge. If that doesn’t cut it, opt for coconut water, which has about nine grams of carbs per cup," she says.

Yogurt is great for you--only if it’s free of sugary additives. Yogurt has naturally-occurring sugars and carbs, but when you go for flavored varieties, one cup can have upward of 45 grams of carbs, Michalczyk says.

Rather than reaching for the flavored stuff, opt for plain yogurt and add fruit and other toppings yourself.

On average, one bar contains about 45 grams of carbs, which can be great hiking fuel, but not the best choice for an everyday snack. "What’s worse is that bars can contain a lot of extra sugars and syrups," says Michalczyk.

Read ingredient labels to find ones with minimal ingredients, and a low sugar, high protein content. "I like pumpkin seed bars from Health Warrior because of their simple ingredient list and because they are only sweetened with honey," she says.

12 carbs you should definitely avoid