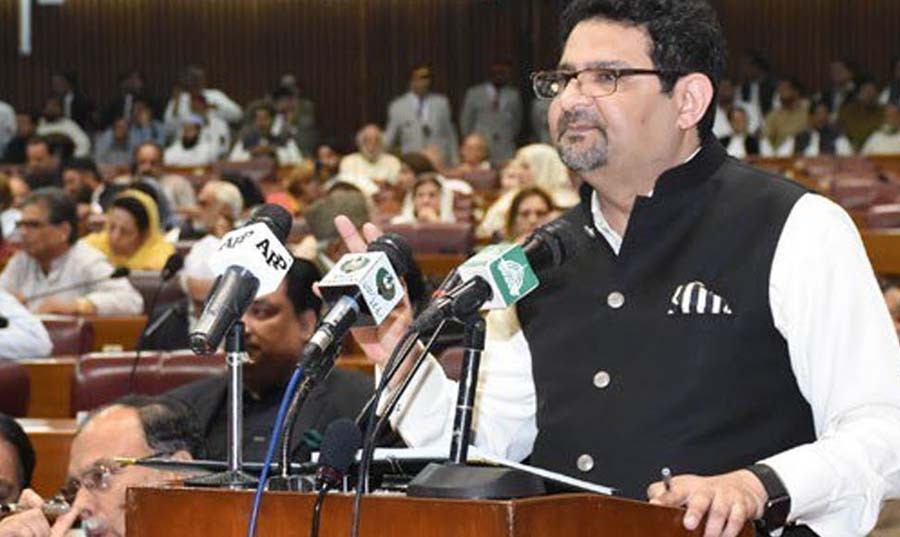 There are at least three contexts in which the federal budget 2018-19 may be analysed. First is from the perspective of Prime Minister Shahid Khaqan Abbasi and Finance Minister Miftah Ismail. Second is in macroeconomic context and third is to assess whether this budget meets the socioeconomic challenges Pakistan faces today.

Both Abbasi and Ismail come from business world. In fact, their political accomplishments came much later than their business accomplishments. Both have a first-hand experience of dealing with tax collection machinery (FBR) and the premier, in his maiden speech, had resolved to ban issuance of arms licences for prohibited bore weapons and simplify the tax regime.

Thus, it came as no surprise that budget 2018-19 departed from the decade-old policies for revenue collection. Apart from tax amnesty scheme (whose fate lies on approval of finance bill), relaxed policy on valuation of real estate properties with the right of the government to acquire under-declared properties; restriction on purchase of real estate and new vehicles by non-filers; steps to stop misuse of "gift scheme" for import of vehicles; abolition of presumptive tax regime for commercial importers; introduction of a threshold for immunity on foreign remittances; and substantial reduction in tax rates for individuals including salaried class are some out of the box measures coming from two practitioners who have been dealing with FBR for years.

The budget also introduced some corrective measures for corporate sector, such as abolishing the tax on bonus shares and phasing out of super tax as well as tax on undistributed profits. Reduction in sales tax on fertilizers is also a welcome move.

One can argue that such out of box solutions should be proposed by a government in its first year rather than in the last month of power. However, the counter argument is that the current prime minister and finance minister availed the first available opportunity to present their economic vision. There is nothing wrong in it, but the problem is fitting in this vision the larger macroeconomic picture.

Like previous budgets of last few decades, the current budget is also a formula budget, which is quite static and non-flexible. Net federal receipts are budgeted at Rs5.66 trillion. After paying provincial share (Rs2.590 trillion), the federal government would have Rs3.07 trillion. It faces a shortage of41.4 per cent (Rs2.17 trillion) as its spending on "four Ds" (debt servicing, defence and security related expenses, day to day running of civil government, and development) amounts to Rs5.24 trillion.

Then come the development expenses both within and outside PSDP. With a negative balance of Rs1.71 trillion, the federal government has to assess how much more it can borrow for this "discretionary" expense. Anything left over from first three expenses would be the real size of PSDP. In the current year, it was budgeted at 1 trillion rupees, revised to Rs0.75 trillion. For the next year, it is budgeted at Rs0.80 trillion. In fact, any room to manoeuvre for the next government if it wants to deviate from Abbasi’s budget would be 0.80 trillion rupees. In other words, after taking care of mandatory expenses, the discretionary expenditures for next government would be only 2.07 per cent of GDP, unless it plans either to borrow more (increase in total public debt), provide conducive environment for documentation of economy and broaden the tax net (implement Abbasi’s vision in letter and spirit), to reverse some of the revenue cutting measures proposed by Abbasi and offend existing tax payers, or to rely on indirect taxes to generate more revenue (regressive tax, penalising the poor).

Total public debt (TPD defined as debt of government serviced out of consolidated funds and debts owed to IMF) was Rs3.69 trillion in 2003, it was Rs6.12 trillion in 2008 when the PPP government came into power. In 2013, the PML-N got charge of affairs when the TPD was Rs14.31 trillion. The next government would inherit a TPD of Rs22 trillion. TPD is bound to increase in next five years, not only for debt servicing of the existing debt but also to take care of fiscal and current account deficits.

To me, fiscal deficit target (4.9 per cent of GDP where 1 per cent of GDP is 0.385 trillion rupees) is quite unrealistic. Apart from domestic and external borrowing, the government plans to meet its deficit from Rs0.285 trillion provincial surplus. This provision is made despite the fact that a surplus of Rs0.274 trillion was budgeted in the outgoing budget. However, instead of giving surplus, provinces went in deficit of Rs0.163 trillion.

The budget also proposes Rs0.1 trillion in its tax revenue as gas infrastructure development cess (GIDC). In the outgoing budget 0.11 trillion rupees were expected from this head, and the government could get only Rs0.015 trillion. The GIDC is challenged in court by the provinces and it would be naïve to expect this Rs0.1 trillion in the federal kitty from this head. The provincial surplus and GIDC amount to Rs0.385 trillion which is 1 per cent of GDP. Thus, the fiscal deficit would be 5.9 per cent of GDP if all other factors remain constant.

However, other factors only remain constant in chemical labs. In real life, things work differently. The revenue lost due to tax reduction measures proposed in the budget would be compensated with indirect taxes and "other taxes". GIDC is one of the other taxes. Still another is petroleum levy which is proposed to be increased to Rs30 per litre. This levy ranged between Rs3 per litre in case of light diesel oil to Rs14 per litre in case of high octane. The government has successfully collected Rs0.17 trillion against a budgeted amount of Rs0.16 trillion under this head. Now it plans to collect Rs0.3 trillion from it.

Oil prices are on the rise in international markets (US$ 73 per barrel today). Although finance minister, in his budget speech, assured that increase in levy would not affect petroleum prices in domestic market, one fails to understand where the additional levy would be parked if not charged to consumers. The government does not have the cushion to supply fuel at a subsidized price. Including the revised levy in prices would give rise to energy inflation which would automatically increase the cost of all related items. Not revising the levy upward would mean another half per cent of GDP increase in fiscal deficit, which would take the fiscal deficit to 6.5 per cent of GDP.

Energy circular debt is another challenge for the next government. This debt has surpassed 1 trillion rupees (including the amount parked in power holding company). The figure is higher than the PSDP budget and equals to our defence budget for next year. Unfortunately, the budget is silent about it but this is something that the next government should focus upon, in order to set our strategic priorities right.

There is no mention of payments in the budget which the next government would make to loss making public sector enterprises (PSEs). Both the PPP and the PML-N governments have been facing opposition from their political opponents on privatisation of PSEs. It would be interesting to see the behaviour of political leadership on this issue after the elections. If a political consensus is not forged on how to deal with PSEs then you may like to add another half to one per cent of GDP in fiscal deficit -- taking the whole deficit to 7 or 7.5 per cent of GDP.

The budget needs to be analysed to see what is required in current socioeconomic situation of Pakistan. Economic survey of Pakistan released a day before the budget presents a bleak picture of rural poverty. It says that poverty has decreased nationally, but urban poverty, according to 2015-16 data, stood at 12.5 per cent whereas rural poverty was 30.7 per cent.

The UNDP’s human development report for Pakistan paints a very gloomy picture about youth in Pakistan. Majority of them are deprived of educational opportunities, of health and entertainment opportunities and are out of job. The third major challenge facing Pakistan in the context of changing climate is water (too much of water for few weeks of the year, and extreme scarcity in most parts of Pakistan, for rest of the year).

Unfortunately, the budget does not guide us how to keep up with our growth trajectory without dealing the above mentioned three issues. One can argue that all the relief measures presented in the budget take care of urban dwellers (who pay income tax) or own shares, or have corporations. Rural development may be a provincial subject, but without budgetary guidelines and concrete steps from the federal government on tackling rural poverty, we may end up in a conflict between "haves" and "haves not" where rural population may perceive that it is being marginalised by urban elites. This perception would play a major role in demand of new provinces including "Janoobi (South) Punjab" province.

With Rs0.005 trillion earmarked for sustainable development goals (SDGs), one can imagine the fate of preparedness for SDGs, which if achieved (even partially) may change the plight of youth and women in Pakistan, and may prepare us to better cope up with climate change.

On the whole, my verdict is that the federal budget provides out of box solutions for undocumented economy, but presents an unrealistic target for fiscal deficit. Rural poverty, unemployment and poor preparedness for SDGs would haunt the growth targets in the years to come. To cope with these challenges, the next government (even if the PML-N comes in power again) would have to think out of box and innovative solutions not only for revenue side but also for expenditure side of the budget.