With further increase in indirect taxes, Budget 2018-19 lacks a roadmap for self-reliance and tax collection as per real tax potential 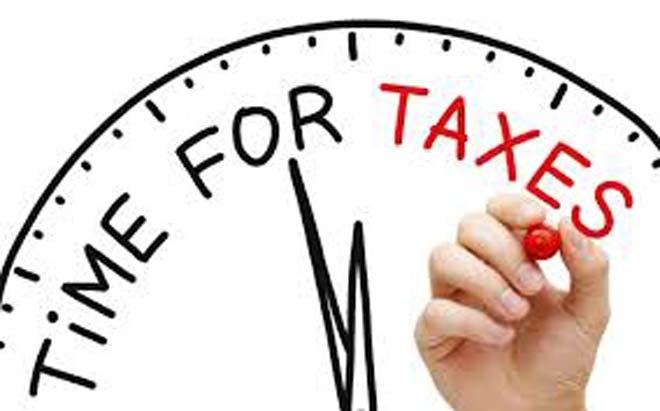 Budget 2018-19, announced on April 27, 2018 by Miftah Ismail, un-elected finance minister who took oath of office a few hours before presenting the budget, lacks a roadmap for self-reliance, collecting taxes as per real tax potential and achieving growth rate of over 7 per cent at least for a decade. It is strange that not a single measure is included in the Finance Bill 2018 to tax the rich and mighty (rather they have been given huge tax cuts). Taxation proposals show further increase in indirect taxes. The Finance Bill 2018 confirms that the rich and mighty would continue to retain their colossal incomes and wealth without paying due taxes. They are happy to remain non-filers by paying extra withholding tax and happily avoiding due tax on real incomes.

Sadly, the corporate sector is not given immediate reduction in tax rates in the same manner as is given to rich individuals. Companies are still to suffer 5 per cent taxation on undistributed profits and minimum turnover tax of 1.25 per cent even if there is a loss. Numerous withholding taxes and increase in their rates would result in further investments in unproductive vacant plots in lucrative societies. There will be negative impact on corporatisation and documentation of economy. Less investment in industry means less job opportunities.

For decades, our economic managers have not been making any worthwhile efforts to become a self-reliant economy. Enormous debt burden coupled with debt servicing taking away 60 per cent of revenues, fiscal deficit, trade deficit, current account deficit -- just to mention a few -- pose grim challenges. The situation will not improve, rather further deteriorate, unless we dismantle elitist structure of economy and make it egalitarian.

The widening gulf between the rich and poor has many dimensions and reasons, but it is also partly due to an oppressive tax system favouring the rich. Lack of investment in industrial sector to generate employment and sustainable growth is not tackled in the budget. People sitting in the Ministry of Finance and Planning Commission keep on claiming that China-Pakistan Economic Corridor (CPEC) has huge potential to make Pakistan Asian tiger. We have a dearth of skilled labour and Chinese are bringing their workers. It is yet not debated with facts and figures how CPEC will help us in boosting our dwindling exports, check rising imports and inadequate infrastructure development--just to mention the major ones.

Contrary to the claims of austerity and ‘fiscal discipline’, the newly sworn-in finance minister sought post-facto approval of Parliament for Rs599.4 billion in supplementary grants for expenditure overruns and re-appropriations. The amount of supplementary grant has increased by 93 per cent in the ongoing fiscal year as against Rs310.5 billion of the previous year. Had such expenses been curtailed, there would have been no need to levy additional taxes. Many of these overruns are extravagant and avoidable, for example, Rs20.6 million was provided to the Prime Minister office to purchase four new vehicles and Rs14 million was paid as payment of honoraria to the PM office.

In these columns, for the last many years, measures have been suggested for fundamental reforms in the tax system for accelerated growth of economy that will automatically yield more taxes. After all, taxes are by-products of growth. We need at least 8 per cent growth rate to provide 2.5 million jobs every year. For achieving this target, a policy paper, Towards Flat, Low-rate, Broad & Predictable Taxes, as expected, has not been considered by economic mangers. They even did not bother to reflect upon many useful suggestions made by Tax Reforms Commission. The reason is that bureaucracy wants to exert a despotic control which is possible only through complex codes and cumbersome procedures. The paper gives a roadmap for collecting revenues of Rs8 trillion at federal level alone which can make Pakistan self-reliant. Obviously the rulers do not want it. They want Pakistan to remain entrapped in the debt prison.

The issues and problems relating to tax system can only be tackled by way of a professional, scientific and empirical approach. Among other things, the most important and urgent task is to analyse the causes for inefficiency and rampant corruption in the tax departments and to take concrete steps towards establishing a tax apparatus which is efficient, responsive and friendly. The present tax system portrays the worst possible oppression a state can resort to in an era of enlightenment where every civilised society adheres to the principles of human respect, justice and equality.

The tax machinery is becoming ruthless with every passing day and almost every taxpayer has now become a victim of abuse of powers (arbitrary as well as unlimited!) by tax officials. Those who do not pay taxes in connivance with tax collectors are safe. For them, it is preferable not to pay to the State but to tax collectors because it is mutually beneficial. This is a pathetic state of affairs we are facing for decades. It testifies to the fact that tax administration in Pakistan is a complete failure. The tax machinery has failed to tap the real tax potential (billions are evaded in taxes annually due to unholy alliance between tax collectors and tax evaders) and those who are paying (though not according to their actual incomes) are sick of ever-increasing harassment.

Tax collectors want to achieve their targets from the existing return filers without bringing into tax net those (presumably their ‘friends’) who do not pay. Why are they not being prosecuted for non-filing of tax returns? This question could be raised by the Opposition during the budget debates but their own hands are not clean and Federal Board of Revenue (FBR) is ready to look the other way even with the knowledge of where their assets are concealed! Though complete details of properties purchased by Pakistanis are available, the government decided to offer two unprecedented tax amnesty schemes that too through Presidential Ordinances to usurp the legislative prerogative of Parliament.

Most is lost to the State by way of damage to taxpayers’ morale, which is very valuable though a fragile national asset, than is gained by such arbitrary and cruel taxation. Every government has a right to levy taxes but no government has the right, in the process of collecting taxes, to inflict misery and harassment on the public and the gnawing feeling that he is made a victim of palpable injustice. Taxes are the life-blood of any government, but these cannot be so collected or imposed in a manner to suck the blood from the arteries of the public through proven-corrupt tax managers. The transfusion needs to be accomplished in accordance with the principles of justice, equity and fair play.

In the Finance Bill 2018, the government has only done patchwork here and there making the system more complex and unfair as well as increasing the cost of doing business. It has avoided fundamental reforms to fix the real maladies. An efficient model for growth requires removal of irritants prevailing in the tax codes, procedures and implementation processes. The paper, Towards Flat, Low-rate, Broad & Predictable Taxes, is an attempt in this direction. It emphasises that the actual issue is lack of willingness to make the system simple making cost of voluntary tax compliance less than cost of evasion or avoidance.

Only by winning the trust and support of the public, tax compliance is possible, coupled with efficient availability of public services in lieu of taxes. It would certainly persuade people in discharging their tax liabilities voluntarily and happily. There is nothing in the Finance Bill 2018 that will persuade people to pay taxes diligently, especially when they know whatever is collected is squandered by rulers for their comforts and luxuries and not spent on their welfare while their long overdue refunds are shamelessly blocked.