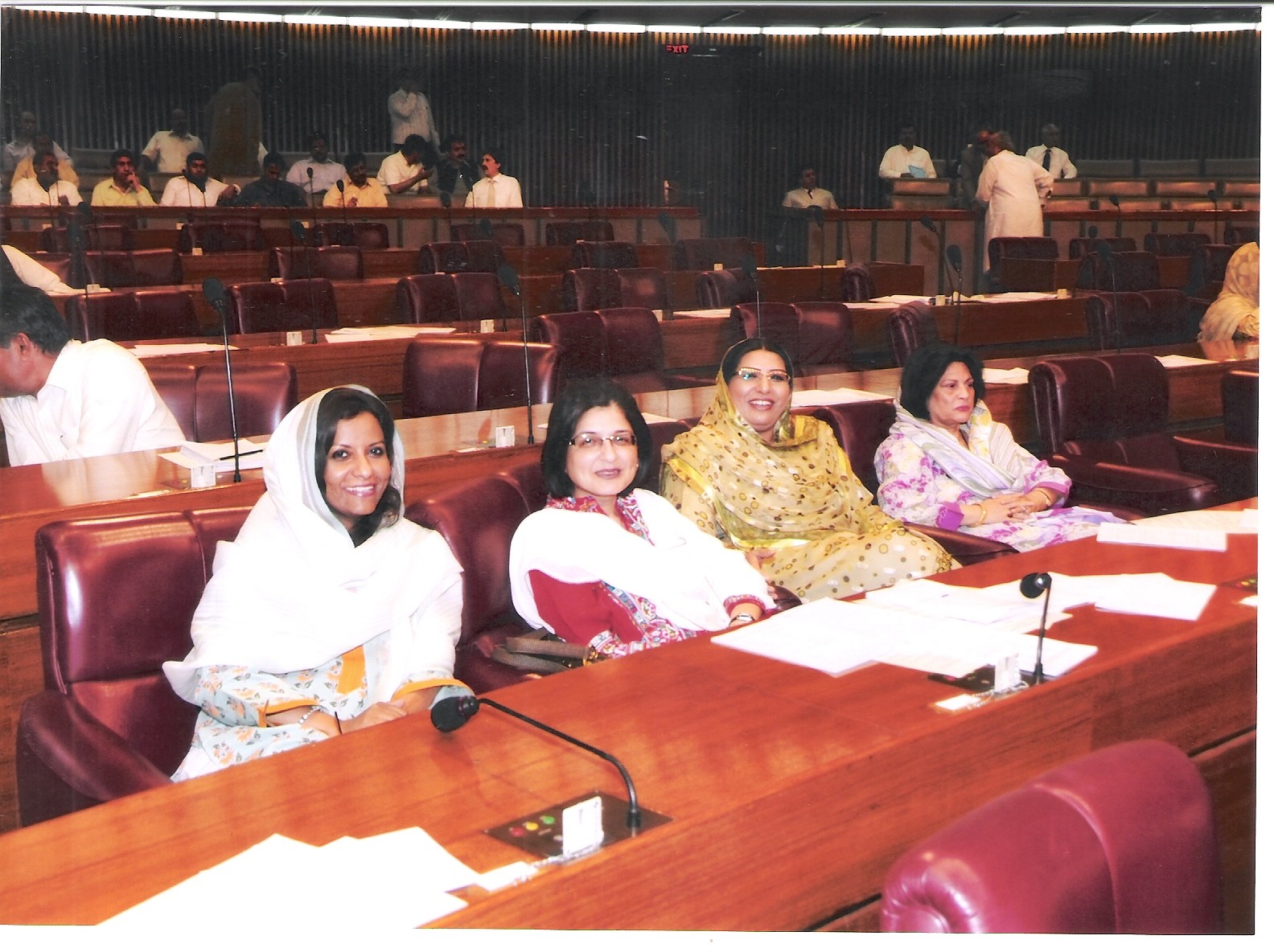 Naeema Kishwar, Member National Assembly (MNA) from JUI-F in Khyber Pukhtunkhawa has been declared the best parliamentarian by Pakistan Institute of Legislative Development and Transparency (PILDAT) for the parliamentary year 2016-2017.

She earned the title for her efforts to ensure parliamentary supervision of the executive branch of the state. She asked 134 questions from the government ministers on the floor of the house during parliamentary proceedings, tabled two resolutions and drew the attention of the executive branch towards issues of public importance, besides tabling two private members bills in the National Assembly.

Kishwar’s attendance of the National Assembly sessions remained an all time high at 99 per cent during the said parliamentary year. But despite her best performance in the parliamentary year she remains a little known figure in the political and media circles of Islamabad.

A few parliamentary reporters have scant memory of her activities in the parliament. Many of the articles from the press galleries that appear in the local newspapers in Islamabad hardly mentioned her during the past few parliamentary sessions. Her colleagues in the National Assembly do not find it necessary to mention her name in political discussions.

Why is it so? Is it because law-making is not a central issue of country’s politics? Is it because she is woman? "Both of these statements are partly correct," says Ahmer Bilal Mehboob, PILDAT’s President, talking to TNS.

Naeema Kishwar is not alone in leading a political life of anonymity in Islamabad. There are other women parliamentarians who are ranked top performers in PILDAT’s list of best parliamentarians in the year 2016-2017 but remain little known in the political circles.

"Currently, there are 70 women Members of the National Assembly - 60 on reserved, nine on general and one on a minority seat. This makes up for 20.46 percent of the total representation in the House of 342," according to Free and Fair Election Network’s (FAFEN’s) yearly report on performance of women parliamentarians.

Female parliamentarians have performed better than men in many fields of legislative business during the tenure of the outgoing National Assembly. Relative to their numbers they asked more questions on the floor of both the houses from the executive branch of the government, they moved more resolutions and motions and they tabled more private members bills in the Senate and National assembly.

"A closer analysis of the Orders of the Day of the National Assembly between June 1, 2015 to February 26, 2016 and the Senate between March 12, 2015 and March 11, 2016 reveals that women Members contributed to more than 44 percent of the agenda, almost three times the proportion of their representation in the two Houses," reads a report of FAFEN.

"This agenda included questions, motions under rules 259 and 218, calling attention notices, resolutions, legislative bills, amendment to rules and matters under rule 87. In addition, women Members also spoke actively on points of order and contributed to parliamentary debates on a wide array of issues of public importance," it adds.

Despite this, women parliamentarians hardly occupy a central position in the power corridors or the political hierarchy of the party apart from the few prominent female parliamentarians, like Sherry Rehman, Shireen Mazari and Marvi Memon, among others.

"Since women parliamentarians don’t occupy a central position in the political hierarchy of the society that is why they are little known," says Ahmer Bilal Mehboob.

Afiya Shehrbano Zia, a women’s rights activist and political analyst, says women parliamentarians are less visible "because leadership is thought to be a male quality and the male order means engaging and interacting with other men."

She believes, "In cultures where a tradition, such as brokering political or economic deals has been a male-dominated activity it is going to be hard to break this mould."

But things seem to be changing a bit, "In collaboration with their male counterparts, women lawmakers contributed 39 per cent of parliamentary business in the National Assembly and Senate during 2017-18," reads a report of FAFEN.

Women parliamentarians tabled 27 of the 62 private members bills that appeared on the order of the day in both houses of the parliament in parliamentary year 2016-2017. Whereas in year 2017-2018, "Women lawmakers of the National Assembly initiated 31 (32 per cent) out of 98 bills on their own and 22 (22 per cent) bills in collaboration with their male colleagues," notes the report.

Women made an attempt to legislate on human rights, women issues and governance issues. They sponsored bills, which sought amendments to the existing laws related to education, elections and energy reforms, "The fact is that women take their roles as a service and take it seriously. They do the hard work. They spend time in parliament and committees. I think when they cut across party lines and throw their collective political weight behind a rights-based law that’s extraordinary," says Zia.

There is, however, no systematic study of women parliamentarian’s role in Pakistani parliament over the years. Islamabad-based research organisations usually compile data like women’s attendance, number of bills introduced, number of resolutions and motions tabled and number of questions asked on the floor of the house.

Read also: Reserved for whom

For instance, none of the report of any research organisation details what contribution women parliamentarians have made towards improving the conditions of women in the Pakistani society.

Zia commends women parliamentarians for working on women issues in their legislative business, "Never before have there been so many pro-women laws passed in Pakistan’s history as there have been between 2008-2018. So, yes, not only do women’s groups lobby for women’s issues they fight against the male norms that determine the process and discriminate against women," she says. "It’s a whole political parties’ culture that requires changing, not just passing laws."

This could be the result of the fact that women issues don’t occupy a central position on the agenda of most of the political parties that dominate the Pakistani parliament.