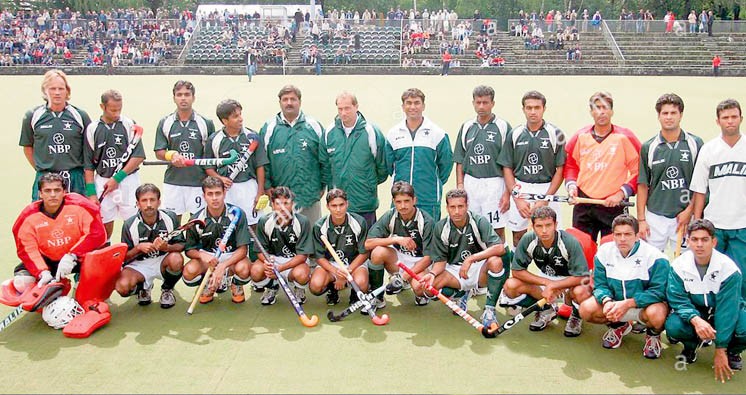 Back in 2003 Pakistan’s hockey chiefs made an important decision. Sick of failure at the international level, they finally opted to bring in a foreign coach. Dutchman Roelant Oltmans was handpicked and given the charge of a campaign that was aimed at putting Pakistan’s faltering hockey team back on track.

An experienced hand, Oltmans wasted little time in diagnosing the various ailments dogging his new team. His chief concern was the players’ lack of fitness. He knew that unless his charges were at par with the best hockey players of the world in that department there was no hope for the Pakistani team. I still remember watching players like Sohail Abbas, Rehan Butt and Salman Akbar attaining world class fitness under Oltmans’ supervision in a surprisingly short span of time. The coach also brought his vast experience when it came to other aspects of the game like strategy and unsurprisingly Pakistan began to show improvement. They did pretty well at the Olympic Qualifiers in Madrid where they comfortably qualified for the 2004 Athens Olympics. They also made it to the Champions Trophy final in Lahore before finally settling for the bronze. The progress Pakistan made at that time was slow yet steady. But when things were beginning to fall into place, Oltmans was shown the door and it didn’t take much time for Pakistan hockey to slip back to square one.

Pakistan’s sports chiefs can be quite trigger-happy and the Pakistan Hockey Federation (PHF) was no exception. The PHF administration’s revolving door continued to spin fast after Oltmans’ axing as the national team was give one homegrown coach after the other without much success. Most of those coaches were former Olympians, who had made the country proud in their heydays. But as coaches most of them turned out to be utter disappointments. Their failure wasn’t surprising considering the fact that many of them were light years away from modern hockey. They tried to use age-old tricks to improve the team’s sagging fortunes but in a sport that has really embraced modernity nothing worked.

Anyways, almost 14 years after firing him, Pakistan’s hockey bosses have rehired Oltmans. And that for me is the best thing which has happened to Pakistan hockey in a long time. Oltmans’ first major assignment since his return was this month’s Commonwealth Games in Australia.

PHF’s critics have portrayed Pakistan’ seventh-place finish at the Commonwealth Games as an utter disaster but from where I see it the national team did exhibit a lot of improvement at Gold Coast. It’s true that the Pakistanis finished the group stages of the hockey event in Australia winless and even failed to make it to the playoff for the fifth place. It’s true that the team even failed to beat minnows Wales but it’s also true that the Pakistanis managed to hold higher-ranked and stronger teams like India and England. That’s a good start and one can see that Oltmans is starting to make a difference.

In the past, Pakistan would lose matches because of their poor defence and also because many of the players would crumble in the last stages of crunch matches. In Australia, however, Pakistan came back in the final moments of their big games to hold India and England which shows that the players are getting stronger, both physically and mentally.

There is nothing to celebrate yet but the early signs look good. Give Oltmans more time and I’m sure he will deliver. Why? Because he knows what he is doing and I can’t say the same about many of our homegrown coaches.

What Pakistan sports need is more qualified and experienced foreign coaches, who can finally take this country’s sports into the 21st century. Till a few decades ago when Pakistan had the best hockey and squash players, many countries sought our coaches and trainers to help build their teams. South Korea took Pakistan’s help in hockey and soon its national team climbed to the top-five in the world. Our squash coaches like the legendary Rehmat Khan once travelled the world training players in several countries. But times have changed and so have games like hockey and squash. To catch up with the rest of the sporting world, Pakistan will have to rope in foreign experts. They’ve already done that in cricket followed by hockey. Recently, Pakistan received the services of a Brazilian football coach courtesy Bahrain’s football federation, which will be paying his salary.

Antonio Nogueira’s resume tells you that he has ample experience having coached in places like Saudi Arabia, Brazil, Ecuador and Japan. He might not be a coach of Oltmans’ caliber but I’m sure that Nogueira will bring a lot to the table. Pakistan football should gain from his experience.

Other sports should follow suit. We lag far behind in sports like tennis, boxing, table tennis, basketball, volleyball, athletics, golf etc. That’s not because there is no talent but because there aren’t any real experts, who can help polish our youth and turn them into world class athletes.

What Pakistan desperately needs is a comprehensive plan that should be aimed at garnering foreign support for the country’s sports.

We can start with our neighbours. Pakistan has excellent relations with China and following CPEC they are getting even better. Now, China has one of the best sports infra-structure in the world. Along with the United States, they are the biggest superpower in the world of sports. We should seek their support. We should borrow their expertise. China can send their coaches to Pakistan. They can invite our elite sportsperson and train them in their own academies. That’s not all. Apart from training the athletes, Chinese experts can also coach our coaches because at the end of the day they are the ones who will have to do the job. Personally, I believe that with Chinese support, Pakistan can rejuvenate its crumbling sports.