Abolishing slavery and giving respect to the people’s rights, including protection from exploitation, is the state’s responsibility 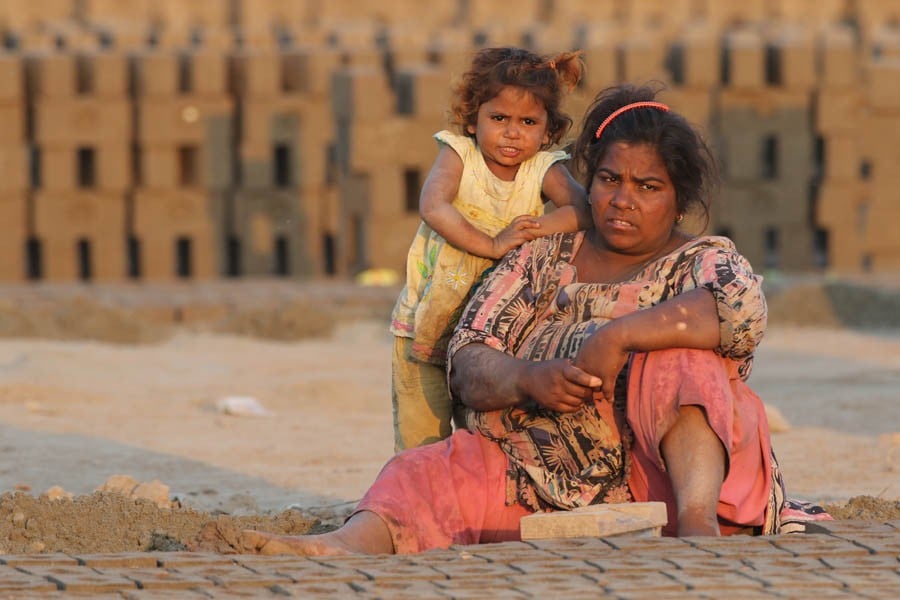 The Global Slavery Index (GSI) 2016 has ranked Pakistan 6th out of 167 countries, revealing that over 60 per cent of the country’s labour force is vulnerable to modern slavery and 2,134,900 persons -- 1.13 per cent of the population -- are enslaved. Pakistan’s global slavery ranking is higher than Bangladesh (10th), equivalent to the neighbouring war-torn country Afghanistan (6th), however, it is lower than India (4th).

Due to lack of data regarding prevalence of the slavery in Pakistan, GSI figures can be referred to the ILO’s bonded labour estimates of the year 2000 in agriculture (1.8 million) and brick kiln (0.7 million) sectors. Later in 2004, ILO found evidences of bonded labour in Pakistan’s informal economy sectors including tanneries, carpet weaving, mining, glass-bangle making, construction, domestic work and begging. Numeric figures of these categories, although unknown so far, can further increase Pakistan’s global slavery ranking.

Apart from bonded labour, several other contemporary forms of modern slavery exist in Pakistan including inward and outward immigrants. For example, 95 per cent of nearly 3 million migrant workers from Pakistan are in Gulf Cooperation Countries who face coercion due to confiscation of their passports and work under Kafala system of employment.

Apparently, Pakistan is also a host country of nearly 3.7 million illegal migrants -- men, women and children -- mostly Afghans, Bangladeshis and Burmese. Further to add that child marriages (21 per cent of total marriages in Pakistan), child labour (5.7 million), prostitution and sexual exploitation and serfdom (6.7 million) can also be characterised as contemporary forms of slavery or slavery-like situation. It is so because persons trapped in these situations are forced to give away their choice and control of their lives as well as are exposed to a degree of violence.

Slavery entails violation of a range of fundamental rights, enshrined in Pakistan’s Constitution and a number of the country’s ratified international treaties. The Constitution of Pakistan prohibits slavery and exploitation of all kinds. In addition, the Constitution also guarantees all the rights against slavery and servitude, including respect to human dignity; freedom of association and movement; humane work conditions and social protection; equal adjustment of rights and freedom to choose occupation. The question arises here is who to be blamed for such grave deviations from the ‘Constitutional’ provisions.

Apart from bonded labour, several other contemporary forms of modern slavery exist in Pakistan including inward and outward immigrants.

Pakistan is also signatory to the Universal Declaration of Human Rights (UDHR) that prohibits slavery and servitude and provides for the right to free choice of employment. These rights are further elaborated in Pakistan’s ratified international Convention on Civil and Political Rights (ICCPR) and the International Convention on Economic, Social and Cultural Rights (ICESCR). Additionally, Pakistan is also a state party to the UN supplementary Convention on the Abolition of Slavery, the Slave Trade and Institutions and Practices similar to slavery. These international commitments oblige Pakistan to abolish slavery and servitude.

Modern slavery has a correlation with the status of realisation of people’s rights. However, it is also associated to persistent poverty, exclusion and lack of public spending on amenities, health, education, skill development and social protection. 39 per cent of Pakistan’s population lives in multidimensional poverty, and is expected to continue because of the country’s poor economic performance compared with the population growth (2 per cent in 2016).

Poverty and informalisation in economy has resulted in increasing unemployment (from 5.2 per cent in 2004-5 to 5.94 per cent in 2014-15) and labour sector vulnerabilities -- pressurise the poor to enter into exploitative work agreements. Lack of public spending, resulting in falling Pakistan’s Human Development Index from 146th in 2012 to 147th in 2017, is another push factor to the poor’s vulnerabilities and their deprivation from income and capabilities that compels them to remain in chains for generations. Children born in poor-income families in Pakistan in 2010-11 are less likely than those born in 1994-95 to break their poverty trap.

Above all, people trapped into slavery are perpetuated to social and political exclusion, hence are unable to break their chains and assert for their rights and entitlements such as social protection and decent work conditions as well as access to remedies in case of the violation of their rights.

Silence to continuation of slavery demonstrates criminal negligence on the issue by the Pakistan’s governing elite and the state apparatus which should have been held accountable for it. Irony is that the issue remained invisible in the country’s policy-making domain given that the issue was neither recognised nor prioritised under the National Human Rights Action Plan.

Governments’ efforts to deal with the issue, such as criminalising debt bondage, child marriages and trafficking can be termed ‘cosmetic’ arrangements because implementation of such pieces of legislation has never been a priority. For example, not a single conviction has so far been made under the Bonded Labour (System) Abolition Act, enacted since 1992. Instead, a meagre number of bonded labourers were freed under habeas corpus petitions. Apart from legal and institutional implications, the government also remained unable to deal with underlying causes of slavery such as poverty, exclusion, labour protection and deprivation.

The issue of slavery, universally accepted as crime against humanity, is intolerable and inexcusable given that dealing with slavery and slavery-like situations is not beyond Pakistan’s socioeconomic performance.

Abolishing slavery, giving respect to the people’s rights including protection from exploitation is the state’s responsibility. It, however, requires serious efforts to poverty reduction coupled with managing population explosion, end social and political exclusion and ensure compliance with international human and labour rights standards.