Some memories from my theatrical appearances 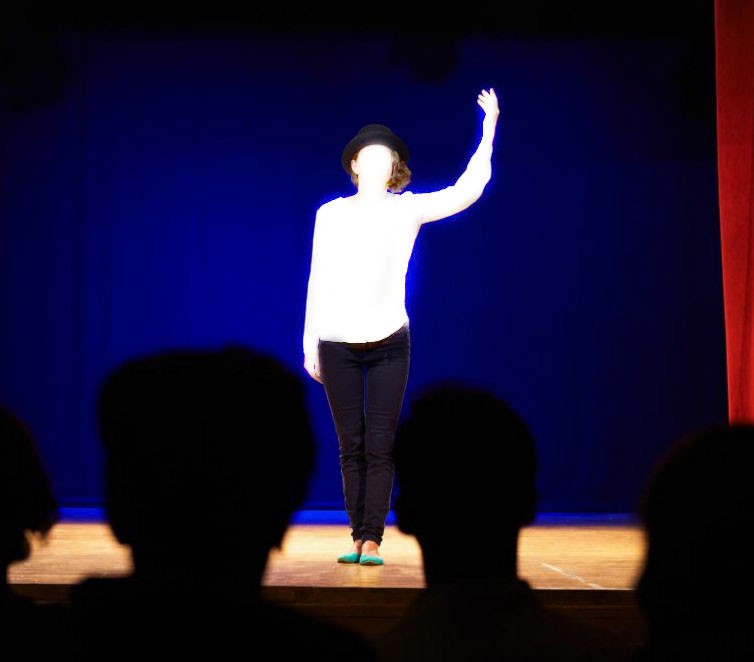 I was in class two when I first performed in a tableau. I played a papa crow, who had a wife and two baby crows. Together we ate up the farmer’s crops until the farmer and his wife establish a scarecrow.

This farmer was a broad-shouldered girl, his wife was a chubby girl, and the scarecrow was the tallest girl in the class whose naturally long and thick hair served as the cover for her face and created the much-needed fear.

I had auditioned for this part by performing on the Bollywood song, ‘Ghoongat ki arh mein dilbar ka.’ I pretended to be adjusting and re-adjusting an imaginary ‘ghoongat’ during the performance which probably gave me an edge over the other acting aspirants.

We were supposed to enter from the right side of the stage, spend some time fluttering our cardboard wings on the cardboard crops and then exit out of the left side. I had to follow the rest of the cohort.

The first time we ventured on stage, most of us children of no more than six or seven years of age, the smallest baby crow got nervous and took a swift U-turn. She turned around and went out from where we had come. This was the first frozen moment I had on stage. Everyone followed the smaller crow, and I was left wondering which way to go. Slowly, I followed ‘my family,’ as is often the case in South Asia. Our very angry class teacher waited for us behind the stage.

I don’t have a single photo of the performance but I remember peering through the cardboard black beak into the audience. The freezing sensation remains unforgettable. Whenever I get stuck during a presentation or lecture, it comes back to me -- the lonely moment in which my ‘crow family’ abandoned me for a quick exit.

In the school that I shifted to after this one, I played a politician in a skit. We managed to perform it a few times before eventually taking it to the Alhamra Hall 1.

To this day whenever I see a performance there, I remember my 13-year-old self with a moustache under a blinding white spotlight, waving frantically and shouting Punjabi slogans ecstatically.

To this day, whenever I see a performance there, I remember my 13-year-old self with a moustache under a blinding white spotlight, waving frantically and shouting Punjabi slogans ecstatically.

This politician had an unusual hairstyle that I had created by tying my hair like a horse’s tail and then pinning it to the crown so that it looked like an overdone puff. This chap was greedy, deceitful, smug, and had a Punjabi accent -- basically a stereotype of a Pakistani politician during the Musharraf era. I now wish I had added some statements that showed him having some integrity or character, to depict the complex mess politicians usually are and not the one-dimensional villains we perceive them to be.

Next, I performed in an abridged version of Beckett’s famous play, Waiting for Godot, at Kinnaird College’s Hladia Hall. Beckett’s plays are existential, absurd, dark, and rather scanty when it comes to sets and dialogues. I played Pozzo, a dominant and exploitative fellow with a chained slave in tow. The audience found it funny despite all the aggression and I had to struggle to keep my face straight.

In my last stage performance, I was a lackey of a French rich man who is trying to camouflage as an elite by taking tuitions on music, poetry, and dance. This was my only performance for KC’s annual play and was the most rewarding because I was always on the stage. Mostly I was peering into the crowd, staring at the front row which included the principal and other staff. At times I was supposed to make silly faces behind my master’s back.

The Hladia hall was cleaner than ever before, had additional seats in the front to create more room for the audience, and all the lights had turned the stage into a yellowish heaven. I didn’t have any dialogues but a lot of standing to do. I also received a glorious certificate from the Najmuddin Dramatic Society which thankfully didn’t state that I played a mere speechless servant at the back of the stage.