This, perhaps, is Imran Khan’s best and last chance to become the prime minister of Pakistan as his arch political rival, Nawaz Sharif, stands disqualified for life 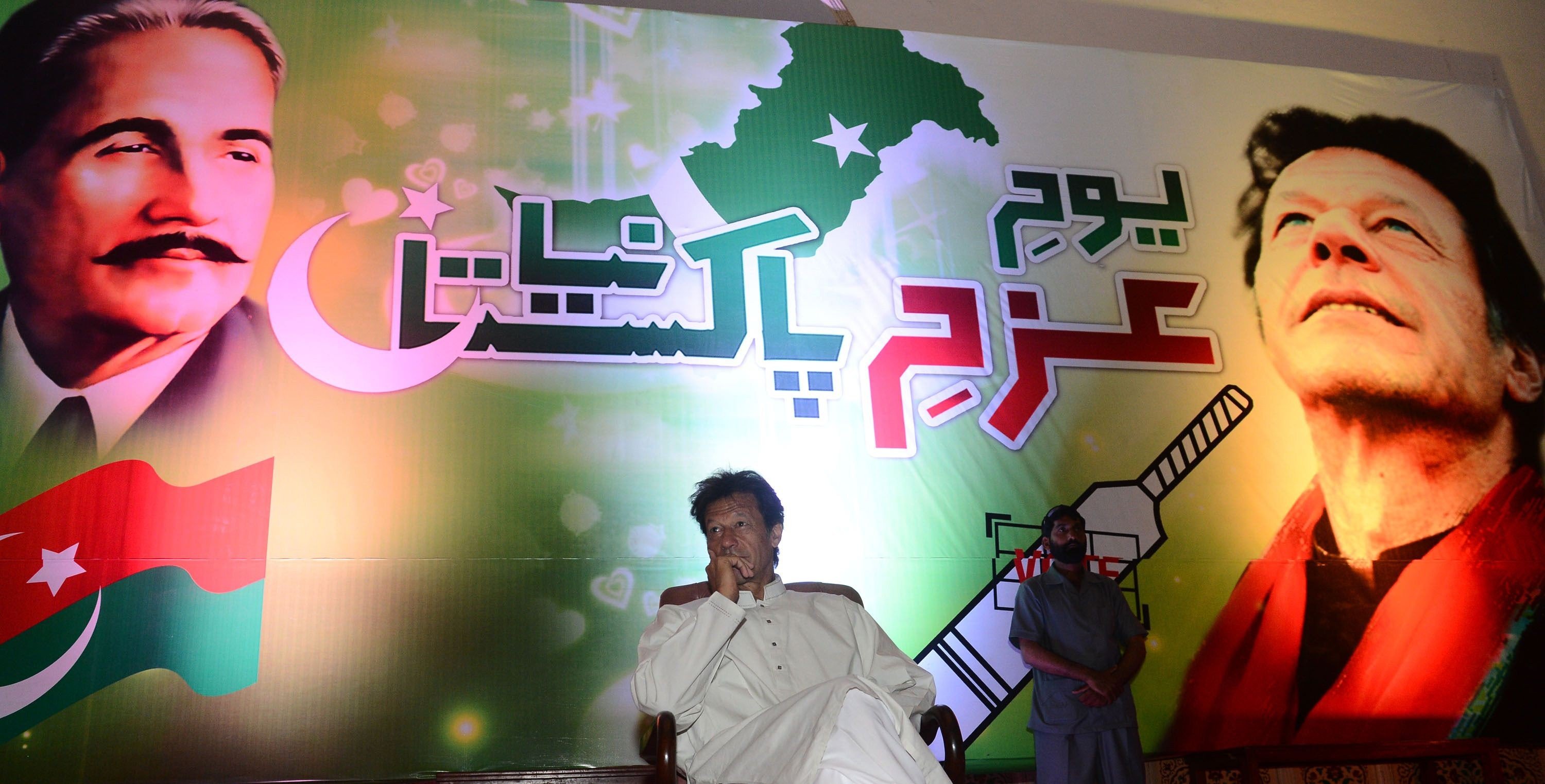 On April 26, 1996 a charismatic cricketing hero, Imran Khan along with five other people with no political experience decided to launch a new political party, Tehreek-e-Insaf (PTI), at a press conference in a local hotel in Lahore.

After 22 years, it has become one of the country’s most popular parties and its leader, Khan, is confident of victory in this year’s election. He knows that this, perhaps, is his best and last chance to become the prime minister of Pakistan as his arch political rival, Nawaz Sharif, stands disqualified for life from contesting election.

Can he create history or does another surprise await him?

The party now has the distinction of being the second-largest party. Meanwhile, especially since 2011, it has deviated from its founding principle -- of fighting the politics of status quo. ‘Electables’ have replaced ideological leaders and workers in the party. Today’s PTI can be said to be a mixture of discarded or dissident electables of Pakistan Muslim League-Nawaz’s (PML-N) and Pakistan Peoples Party’s (PPP), the majority of whom have a record of switching loyalties.

But, all credit to Khan for fighting for his cause and taking PTI to a position where it can potentially win the next election. This is despite the criticism that it is no longer the party that was formed in 1996.

Politics does change with the passage of time but the decision to abandon the party’s internal democracy and elections was perhaps Khan’s biggest mistake within the organisational structure.

PTI’s journey from Zaman Park to Bani Gala has brought about a shift in its politics and approach to win elections.

Popularity was never a problem for Khan. He had earned loads of it from cricket and Shaukat Khanum Hospital. He was among the three top all-rounders of his time along with Ian Botham and Kapil Dev; he also enjoyed the reputation of being the world’s most glamorous cricketer and a ‘lady killer’.

By the time PTI went into the 2013 election, it had become a party of electables. Ideological workers had taken a back seat. Shah Mehmood and Jahangir Tareen who had their own groups within the party convinced Khan that the party could not win without electables.

The 1992 World Cup win was a turning point in his life, it made him the country’s most popular man, ahead of even some politicians. This fame allowed him to conduct social work such as building the Shaukat Khanum Memorial Cancer Hospital & Research Centre named after his mother.

After his retirement from cricket, he concentrated on building the hospital. From 1993 to 1995, he bumped shoulders with political leaders who invited him to join their political parties. This includes the Sharif brothers and Benazir Bhutto. But, he was also disappointed with the allegations of corruption against politicians and would often discuss with his friends how this could all change.

In 1994-95, former ISI chief, late Lt. General Hamid Gul approached Khan and discussed the idea of a party of ‘professionals’ in which he also proposed names like late Abdul Sattar Edhi. Initially, Khan agreed and they had a few meetings but then he decided to distance himself from Gul’s plan. "I soon realised he had a different plan and I can’t be a party to it so I said no," Khan once told this scribe.

When the state owned PTV, during Benazir’s second government refused to allot time for Shaukat Khanum, Khan was disappointed. The television channel reportedly denied him coverage after Khan had refused to meet with Asif Ali Zardari. He shared his disappointment with his friends at the Shaukat Khanum who advised him to target corrupt politicians.

Not many people know but Khan underwent political training about how to address a public meeting, hold a press conference and give interviews.

Prior to PTI, political parties had a traditional procedure for membership registration, but PTI introduced a digital membership route -- through text messages. The party also adopted a different procedure of voting in the party elections.

Later, the party was joined by many professionals, majority of whom had little experience of politics. What brought them together was their support for Khan’s objectives.

It was in the 1997 election that PTI and Khan first realised the difference between harnessing a following and contesting elections. Khan was disappointed with the result since thousands of followers had attended his public meetings and rallies. It was his first electoral defeat though he had contested from different cities including Karachi.

When General Pervez Musharraf staged a coup on Oct 12, 1999 and announced that he would take action against all corrupt politicians, Khan was delighted. After a long debate, the party supported Musharraf’s seven points and voted for him in the 2001 referendum.

The PTI began attracting people from a cross-section of society and some prominent political figures pledged their allegiance to the party. Left-oriented politicians like late Meraj Muhammad Khan was a valuable addition. Khan liked him because of his commitment, struggle and clean record. Later, he was made the secretary general but after another few years, he quit because of differences with Khan.

When Musharraf announced elections in 2002 and debarred both Benazir and Nawaz from electoral politics, Khan saw it as a window of opportunity for himself and his PTI. He thought Musharraf would back him.

His first disappointment with Musharraf came when one of his aides, a senior officer of a premier intelligence agency, allegedly contacted him and conveyed a message that his party would be given 15-20 seats and a ministry.

When Khan went to meet Musharraf, he realised the General had a political agenda. Khan was asked to support Chaudhry Shujaat Hussain as Pakistan Muslim League-Quaid (PML-Q) could counter the Sharifs, in Musharraf’s opinion. Khan and Meraj Muhammad Khan returned with utter disappointment.

As he decided to challenge Musharraf, PTI got only one seat in the 2002 election which Khan won on his own from Mianwali, his home constituency.

2007 was the turning point for PTI and Imran Khan because, for the first time, they were leading an anti-dictator movement that called for the independence of judiciary. He started learning about politics as the art of the possible and joined hands with Nawaz Sharif in a new political alliance.

Benazir Bhutto’s assassination in December 2007 shocked the nation and Khan himself realised how difficult it was to challenge a dictator. After her assassination Khan stopped criticising her, but took Asif Ali Zardari head on.

He received another shock when Nawaz and PML-N at the last minute decided to contest the 2008 election while PTI and Jamaat-e-Islami had announced to boycott it.

In Benazir Bhutto’s absence, Khan became the key opposition leader, with Nawaz on his side. His narrative -- that both Nawaz and Zardari were corrupt -- started gaining steam. He also refused to accept electables from PPP and PML who had a controversial past.

From 1996 to 2011, PTI grew as a party of non-electables and remained anti-status quo. Imran Khan’s decision to accept people like Javed Hashmi (thanks to my friend Hafeezullah Niazi) and later Shah Mehmood Qureshi were because of their clean record. Later, Jahangir Tareen along with his group was also accepted in the party. This was all around 2011.

By the time PTI went into the 2013 election, it had become a party of electables. Ideological workers had taken a back seat. Mehmood and Tareen who had their own groups within the party convinced Khan that the party could not win without electables.

After the 2013 election, Khan became convinced that he had to compromise on his basic principles for the PTI to win. In the post 2013 and particularly after the 2016 Panama leaks, dozens of PML-N and PPP leaders have joined PTI including those with controversial and not-so-clean pasts.

Change (Tabdeeli) has finally arrived but only in PTI and its anti-status quo politics. Even the more idealistic PTI leaders like Dr Alvi and Khan himself defend electables and give them preference over ideological workers.

Khan has a chance to become a prime minister, since his party is seen as an alternate to three-times winner PML-N, in the 2018 election. Yet many political pundits, including those who support PTI, still see PML-N ahead of PTI, particularly in Punjab. He can’t dream of a better chance than the one he will be given this year: Nawaz disqualified for life and Shahbaz Sharif’s fate hanging in the balance.

Out of the six founding fathers of PTI, the only person who is still with Khan is Naeemul Haque. Haque sees the journey as a tiring one and like any realistic person is still not very confident of a clean sweep in 2018.

"It’s a long journey, started by six people and today, by the grace of Allah, we are the second largest party in the country and who knows will be the largest in 2018," says Haque. But he too cautions the party not to underestimate its rival, PML-N.

"They still have a much better organisational network, more electoral experience and more electables. So, we have to do extra work for better results," he adds.

In the last two decades Khan has learnt a lot about politics and changing trends but one wonders whether his party has learnt the art of winning elections. 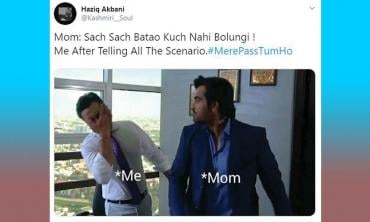