CPEC and politics of inefficiency

Besides investing in labour and skill development, Pakistan should also take steps at the global level to demystify myths about CPEC 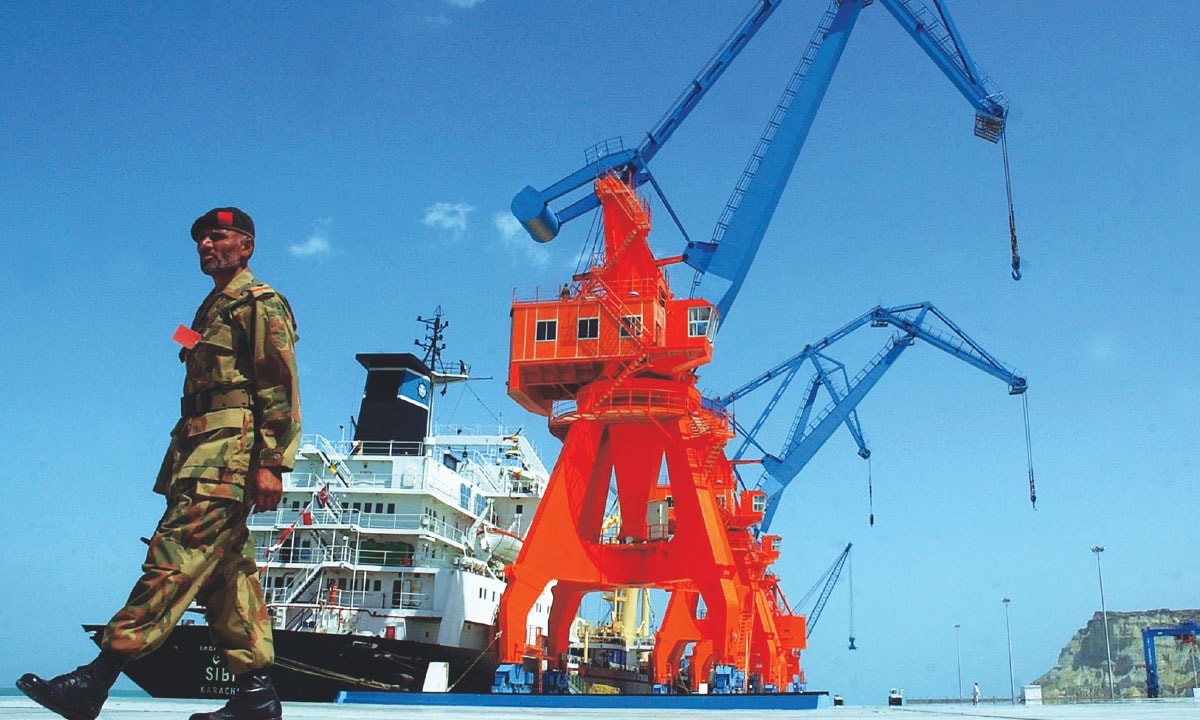 Pakistan has got an opportunity in the form of China-Pakistan Economic Corridor (CPEC) to progress. The time Pakistan signed the agreement, controversies started to emerge. Controversies are two-fold -- economic and strategic, and at two levels -- domestic and global.

The economic angle highlights the poor political point scoring and fight for credit. Every political party understands the importance of the initiative and volume of investment. It instigates them to get maximum share for their political constituencies.

It started with the controversy of route and later included the inclusion of Special Economic Zones (SEZs). Economic sense of decision-making somehow was compromised and political considerations took over due to continuous political pressure.

However, it is heartening to note that the government and political parties still made a good decision for the prioritisation of special economic zones. But politics is still going on. Now the business community is also showing concerns about the investment of Chinese firms and preferential treatment. The business community complains about lack of information and preference for Chinese firms and investment.

The Board of Investment (BOI) and Planning Commission (PC) do not agree with such claims. They are of the opinion that all the information is available on the website and there is no preferential treatment for Chinese in SEZs. Chinese investors enjoyed preferential treatment during the first phase for the power plants but it was necessary at that time as Pakistan was looking for quick fix to overcome the energy crisis. However, case of SEZs is different and investment opportunities are open for every one.

The second and most debated issue these days is debt repayment and interest rates. First of all, it is important to clarify that CPEC is not wholly dependent on Chinese investment. Pakistan’s share is, according to available statistics, about $18.1 billion.

On repayment it is important to understand that it will depend on the management and governance of the country not solely on the interest rates. It is critical to note that the government of Pakistan has to devise better policies to give impetus to the national economy and benefit from CPEC investment.

Unfortunately, we missed that target and we are still at 5 per cent growth rate. Along with other reasons, poor planning and preparation led to lower growth in GDP. Government and opposition parties remained busy in point scoring and credit war rather than putting efforts on policy and strategic interventions.

The incumbent government claims that investment has only come due to their government. Pakistan People’s Party, on the other hand, is of the view that they had paved the way for investment and the present government just cashed in on it. However, research reveals that the first blueprint of CPEC is "Beijing Declaration of 2003". Moreover, the Chinese government has again and again emphasised that the investment is for the people of Pakistan, irrespective of any government or institution.

The tug of war on constituency politics is hurting CPEC at two levels. First, the government and opposition parties are not investing the required time on formulating policies and strategies for better implementation. For example, Pakistan does not have any estimated number of required raw and skilled labour force. In the absence of facts and figures Pakistan will never be able to devise a comprehensive plan for labour and skill development.

There is also dearth of literature and policy documents and plans to promote entrepreneurship in connection with CPEC. CPEC will introduce a number of entrepreneurship opportunities in sectors like eco-tourism, agriculture and SEZs.

Absence of skills development will lead to unequal distribution of resources and development benefits and poverty will be on the rise despite this huge investment. It will be extremely difficult for Pakistan to repay the loans and debt will dent the economy.

Creation of SEZs will enhance the production capacity and it will be beyond consumption capacity of domestic market. One region for exploration to promote export would be Central Asian states. But to exploit these markets Pakistan has to work on the government and private level. The capacity building of officials and the private sector will attract investment opportunities.

Central Asian states are also important for energy as energy demand will increase in Pakistan with a higher growth rate. However, there is no concrete initiative on this front, except CASA 1000. Lack of required attention and efforts will make situation complicated and difficult to benefit.

Globally, countries will act according to their national interests and twist information for their benefit. The global community has already started different initiatives to counter CPEC and BRI. India and Japan on the occasion of meeting of African Development Bank launched "Asia Africa Growth Corridor" (AAGC). The vision emphasised the need for joint working of India and Japan for speedy development of the corridor. Although it is Asia and Africa specific but it has direct relevance for CPEC.

Another initiative at the regional level is Chabahar Port in Iran. India is investing there as an opportunity to undermine the Gwadar Port -- it considers it as an option to avoid Pakistan for its connectivity with Afghanistan and Central Asian states. Iran is portraying it as an option for Afghanistan for doing trade with the world and an alternative to Pakistan.

Whole scenario requires Pakistan to work out a strategy to implement CPEC smoothly and counter international and national propaganda.

Besides investing in labour and skill development, Pakistan should also take steps at the global level to demystify myths about CPEC and present facts and figures about it. The important aspect is that CPEC should not be a victim of local politics and constituency gains.

CPEC and politics of inefficiency