Persons With Disability (PWDs) can become a decisive force in elections, provided more and more of them get registered and issues of accessibility are addressed 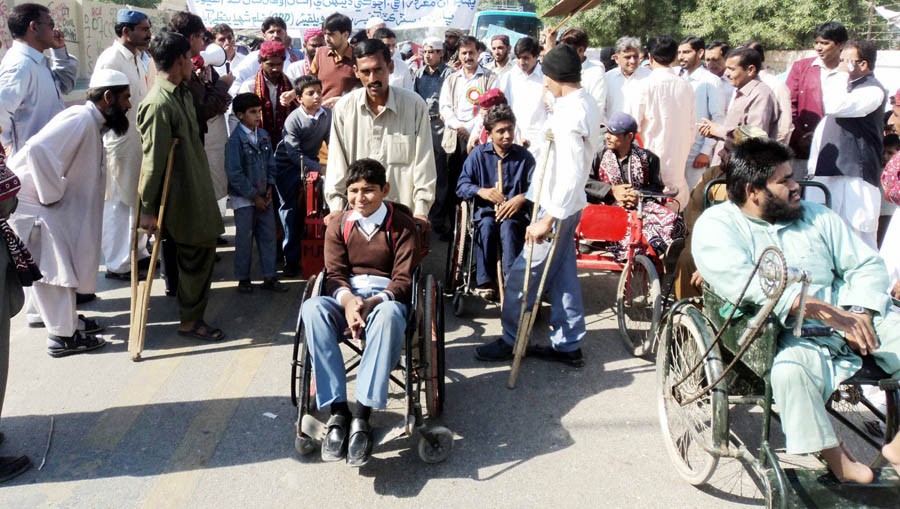 In the spirit of the democratic process every citizen has a right to participate in political processes with dignity, independence and without any external influence. An environment where people belonging to a certain group feel left out or find it hard to exercise their right to vote needs to be remedied.

One such disadvantaged group comprises Persons With Disabilities (PWDs). Many of them have stayed out of the electoral process for different reasons. For example, there are many of them who have never been counted by enumerators during different censuses or ever been registered with the National Database Registration Authority (NADRA) for issuance of national identity cards. Taken as a liability and stigma, it is quite likely that people do not disclose having disabled family members at home. The secret remains undisclosed as the disabled, especially those unable to move, remain indoors throughout their lives and are taken out only in cases of extreme emergency.

Despite being in large numbers, PWDs have not been able to participate in the voting process as actively as they should have been. The difficulties involved in transporting them to the polling stations and then making them reach the booths in buildings that are hardly accessible to them is another reason for this exclusion. Though the disabled have had the option to carry companions along and allow them to cast votes on their behalf in case they are themselves unable to, the number of those completing this exercise is quite small.

Saeed Ahmed, who walks with the help of crutches, recalls how he had to stand in a queue during an election to cast his vote. He says people wanted to help him out but could not as the polling booth was situated on the first floor of the building and the whole place was too crowded. "Had there been a booth at the ground level just to facilitate the disabled", he says, "it would have been far easier for me to pass through this process." He suggests the Election Commission of Pakistan (ECP) to declare disabled-friendly polling stations in every constituency in order to facilitate them.

However, against this background a major development is that the ECP through its Elections Act 2017 has allowed PWDs to avail the facility of postal ballot. Those who want to avail this facility will have to follow a procedure and send the duly attested ballot paper to the presiding officer by post. They can also authorise a family member to complete formalities on their behalf.

The facility of postal ballot for PWDs has been welcomed by different quarters of society, followed by a show of concern about its utility in a highly unconducive environment. Zahid Abdullah, who is working with the Free and Fair Election Network (FAFEN) based in Islamabad, has some concerns as well. He himself is a visually impaired person engaged in an initiative to increase the participation of the disabled in the election process.

It is a good development that the PWDs will be able to cast their votes through post this time but the issue is that only a very small fraction of them have special identity cards. The whole process to obtain this card is so complex that very few people dare to go through it.

Abdullah explains the whole process to obtain this card is so complex that very few people dare to go through it. In order to encourage PWDs to register themselves as disabled with NADRA and Election Commission of Pakistan (ECP), he says, "There is a need to offer more and more incentives to the disabled. At the moment PWDs who avail discounts on travel by plane or train, or benefit from jobs and admission quotas etc. try to get these issued in their names," he shares.

Here he comes up with a suggestion that all the women with disabilities should be entitled to receive financial support under the Benazir Income Support Programme (BISP) the moment they register themselves with NADRA as PWDs. This will encourage them to go through the process and nobody will contest their eligibility to avail this financial support.

Another startling fact is that the PWDs are not properly counted and a proof of this is that the latest census declares them to be around 0.49 per cent of the whole population. In 1998, this figure was around 2.49 per cent. Global organisations like the World Health Organisation (WHO) estimate the prevalence of disability to be between 10 to 15 per cent in developing countries.

Dr Khalid Jamil, former head of the Rehabilitation Department at Mayo Hospital, Lahore, agrees that the process to get examined by a medical board is quite complex and should be simplified. The stages involved follow:

First of all, in order to get a disability certificate the applicant has to acquire a prescribed form that is available only with the medical officer of the social welfare department in a district. Sometimes, it takes weeks or months just to get hold of the form which should ideally be available easily and must also be downloadable from some website. Once the form is filled and submitted the applicant is asked to come to the district hospital of the respective district for examination by the medical board and subsequently for the issuance of the disability certificate on a particular date. This may not be a big issue for those with minor disabilities, who are living in city-centres, but for those suffering from major disabilities in remote areas, going to the district hospital is a big ordeal. The task becomes even more tedious in case one has to make multiple visits for this purpose.

Dr Khalid Jamil suggests there shall be a provision for the disabled to get medically examined close to their homes just the way people are facilitated by NADRA and other departments through their outreach programmes and van services. "If other people can be facilitated this way why not the PWDs who have the most genuine reason?" He says it is a pity that PWDs are also called for medical examination when their identity cards have to be renewed and they are supposed to provide a fresh disability certificate. "Do they think a person with an amputated leg can grow a new one over time?" He points out these are some of the reasons why PWDs may not be able to benefit from the postal ballot facility.

He also blames people for giving false statements and trying to get benefits that only certified PWDs can claim. He recalls how in the past physically fit people have strived to get disability certificates just to avail relaxation in customs duty payable on import of cars by the disabled. When there is misuse of concessionary provisions, the procedures become complex and affect the abiders and non-abiders equally, he concludes.

If we go by the numbers suggested by WHO, there is no doubt that PWDs can become a decisive force in elections, provided more and more of them get registered and are encouraged to vote. This is also essential for their own survival, well-being and for finding solutions to their problems. 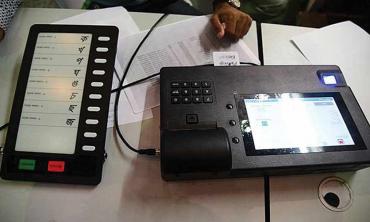 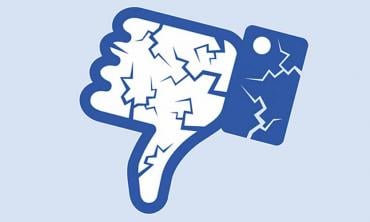 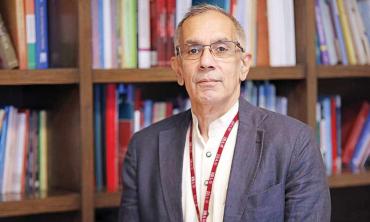