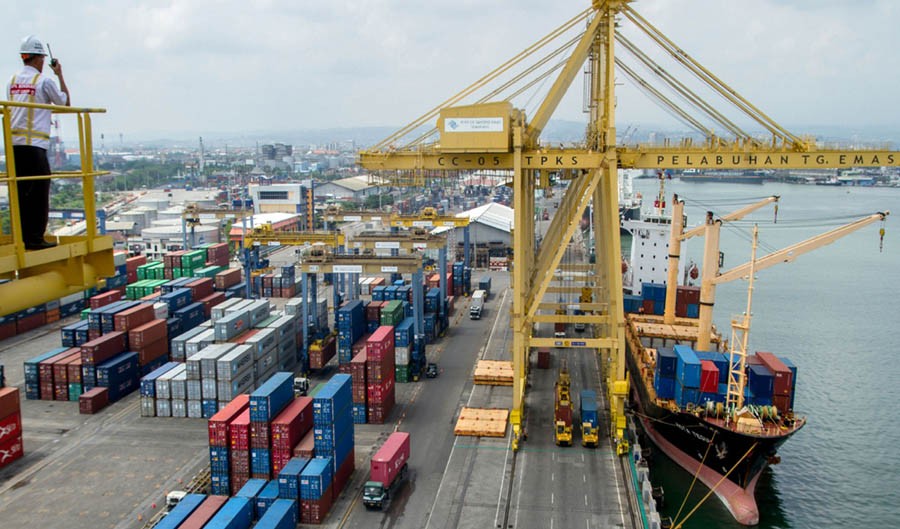 The tenure of current assemblies and governments is coming to an end. The PML-N is all set to present its sixth budget in the last week of April. Right now one hears three views about the PML-N’s economic performance. One, the PML-N could not deliver at all on economic front. Two, the PML-N turned an ailing economy around, and delivered on all of its promises. Three, it improved certain economic indicators and could not deliver on others.

While awaiting the official figures on economic indicators for fifth year in government, let us compare the PML-N’s last four years against the benchmarks of 2013 when it came into power. In the last four years, GDP growth improved from 3.68 per cent in 2012-13 to 5.28 per cent in 2016-17. Inflation was reduced from 7.36 per cent to 4.16 per cent. During this period, the FBR revenue increased from Rs1964.4 billion to Rs3367.9 billion which not only helped in increasing development spending (PSDP) from Rs348.3 billion to Rs733.3 billion, but also provided a cushion for increased transfer to provinces from divisible pool from Rs1299.4 billion to Rs1996.5 billion.

Having said that, one should keep in mind that certain indicators, especially the current account deficit, net debt and liabilities, and exports deteriorated during the last four years. However, before discussing them let us compare the five-year average figures during the PPP government (2008-2013) with the four-year (2013-2017) average figures of the current government.

So what is it that the PPP could not do and the PML-N did right. And if the PML-N’s direction was right then how come at the end of its tenure we are again facing the twin menace of fiscal and current account deficit?

Before answering these questions one should keep in mind that Pakistan’s economy is still dependent on different endogenous and exogenous -- non-economic -- factors; oil prices in the international markets, security situation, political instability, governance issues (manifested through bleeding public sector enterprises, and energy circular debt) to name a few. On top of these, it can be argued that any bad monsoon season can fail best of the best economic policies in Pakistan.

In the context of the above argument, the simplistic answer to why things improved during the PML-N government may be comparatively better supply of energy; comparatively better security situation; and flow of CPEC related transactions. Likewise, three important factors that (among others) badly affected the PPP’s performance can be terrorism, historic high oil prices in the international market, and devastating floods of 2010 (and the subsequent floods of 2011).

Having talked of the above-mentioned factors, one should not infer that economic policies and economic management do not matter in improving the state of the economy at all. They are vital in getting the benefit from favourable exogenous and endogenous factors and vice versa.

Looking at comparative numbers/trends of the PPP and PML-N governments, where one finds that on most counts the PML-N government fared well during the last four years, we have to give credit to prudent fiscal management. However, after giving credit where it is due, one also needs to point out areas where Senator Dar and his team could not capitalise on favourable factors and opportunities that came in his way.

One such area is fiscal deficit, which remained well under control until the IMF extended fund facility programme was there. However, once we completed the IMF’s programme, one saw irresponsible spending both from the federal government as well as from the provincial governments. Looking at the federal budgets for last 10 years, it is evident that deficit at federal level is our economic characteristic.

Budget 2017-18 reveals that after giving provincial share from divisible pool, the federal government has PKR2996 billion. Out of which PKR 3200 billion is to be spent on "non-discretionary expenses," mark-up on debt, debt repayment, defence and security, pensions, and day-to-day administration. On top of it, we have PSDP (development expenditures), and then "holes in the bucket" such as energy subsidy, energy circular debt, loss making public sector enterprises, and unforeseen expenditures.

All of these are "discretionary" expenditure and contribute to fiscal deficit. Repairing these "holes" becomes an extra painful process when other factors are negative. However, many of those factors were favourable for Senator Dar, and he could have done much better in minimising the leakage through those holes.

Here one should also keep in mind that provinces, whose share from divisible pool has increased substantially, are equally responsible for increased fiscal deficit by giving deficit budgets and going on spending spree.

The second front where the PML-N could have done much better is to improve balance of payment, essential not only to honour debt servicing commitments but also to meet essential import demands. Partly because of CPEC but also because of raising foreign exchange through different sukooks and bonds, the external debt and liabilities are close to USD90 billion today. On top of this burden, during July - February 2018, the current account deficit has expanded by 50 per cent, standing at USD11 billion.

In normal circumstances, neither taking debt, nor artificially stabilising the rupee against dollar is bad. However, pumping the borrowed dollars in open market to stabilise rupee was a bad choice. That resulted in quick depletion of our foreign exchange reserves. Miftah Ismail has taken a wise move to take a departure from this policy. However, it should have been done much earlier.

Another challenge the PML-N government could have addressed during last four years was falling exports (which have increased during last quarter though). It has led to a $23 billion trade deficit during first 8 months, compared with $19 billion in the same period previous year. Prime Minister Abbasi has done a commendable job to have a Ministry of Power. The same should have been done with economic ministries.

One can argue that factors leading to decline in exports (over-valued rupee, non-payment of refunds and rebates by FBR, energy tariffs, ease and cost of doing business) were partly beyond Ministry of Commerce’s control and would remain there until economic ministries start talking to each other.

The question arises, what is it that the government can do in its last sixty days. The prime minister partly answered this question by announcing a tax reform package (21 days before the federal budget) along with an amnesty scheme for undeclared domestic and overseas assets/deposits held by Pakistanis falling under its tax jurisdiction. Among his reform measures, some are quite radical (on property sale/purchase), some are repetitive (use of CNIC as NTN), and some (amnesty) may be a nonstarter.

Simplification of income tax slabs and increasing the tax exemption limit are welcome moves, especially in the context of rupee depreciation and potential inflation in the coming months. Replacing NTN numbers with CNIC if implemented (Senator Dar could not get it implemented) is again a welcome move.

Without going into the discussion whether tax amnesty is good or bad, one can argue that current amnesty scheme may not take off. The government has done its homework and provided exemption to those (except public office holder and their family members) voluntarily declaring foreign and domestic assets from criminal prosecution for accumulating and concealing their assets. However, those who have hidden their assets would not take the words of an outgoing government very seriously. Amnesty would come to an end on June 30, 2018, before next elections.

If the PML-N could not form a federal government after next elections, and the new government did not endorse this scheme (as the PTI has already opposed it), then those declaring their assets may find themselves at the mercy of National Accountability Bureau.

The timing of amnesty scheme is not very ideal, not only because the government is on its way out, but also due to the fact that this scheme is announced at a time when the possibility of Pakistan getting placed on Financial Action Task Force’s list of non-compliance members is just a few weeks away.

The PML-N government has tried to conclude its economic innings through a master stroke of tax reforms. Now it’s up to major opposition political parties to reveal their economic agenda. Going forward, one should be content that despite all odds, the strong GDP growth is here to stay for some time. The sane minds and voices in our political parties, irrespective of the fact if they are on opposition or treasury benches, should capitalise on the existing growth momentum and try to turn the exogenous and endogenous factors in their favour by agreeing on a "Charter of Economic Reforms". The way forward is political consensus on solutions to economic woes and not in politicising the issues.