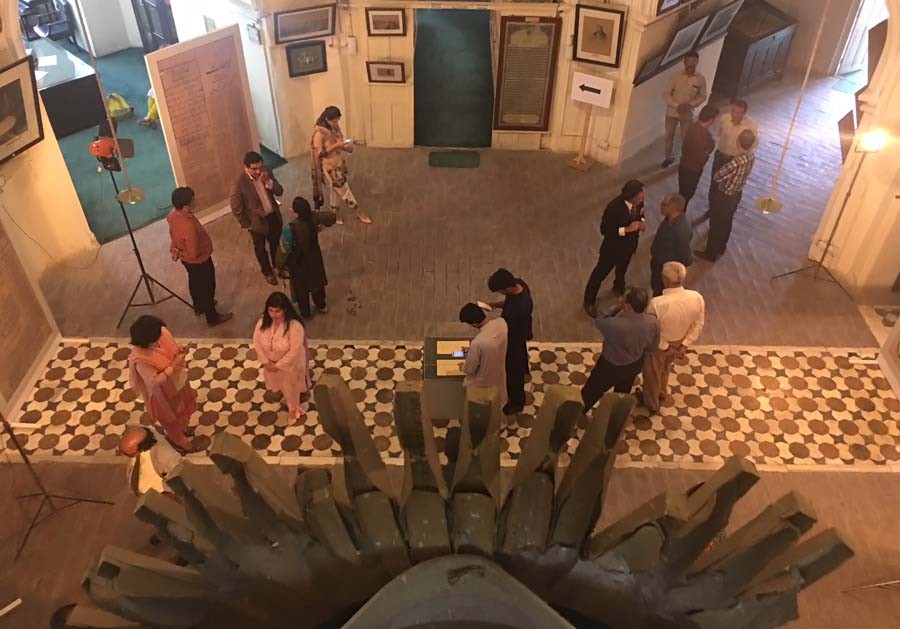 Bhagat Singh’s house, because it is privately owned, has been well-maintained and approachable. But Saqib Virk is willing to hand this property over to the government. This might not be a good idea earlier, because no other place related to Singh has ever been commemorated with his name by the Pakistan government. There are some serious legal impediments in renaming the Shadman Chowk, where the 23-year-old Singh was hanged, after him. The Bradlaugh Hall, in the centre of Lahore, which served as his alma mater, is a picture of dilapidation. Civil society groups and activists have protested against this but weren’t quite successful.

Today, however, it seems the state is ready to own Singh. Eighty-seven years after the legendary freedom fighter was hanged for murder of a British police officer, all records of his trial were displayed at Anarkali’s Tomb, late last month. The documents have been lying with the Punjab Archives department in the Secretariat for decades. Singh’s death warrant, letters to the jail superintendent to allow him toiletries and daily newspapers, books with notes scribbled by Singh on the sides and his library cards were all exhibited in this landmark event, organised in collaboration with the National College of Arts.

Documents related to his shift to Mianwali Jail and, eventually, Lahore Central Jail; the case proceedings in Delhi and Lahore; the transfer of his case from a magistrate to a special tribunal; the eye-witness testimony in his case, and a list of those who visited him in jail were also exhibited. Besides, there were documents relating to the trial and convictions of his comrades Sukhdev Thapar and Shivaram Rajguru.

The display was well presented, thanks to the students of NCA who had selected the background music, the posters to welcome guests, and pamphlets to acquaint them with the documents.

This is a clear sign that the government has started to take Bhagat Singh’s legacy and its tourist potential seriously. Hopefully, it will also translate into saving the Bradlaugh Hall, where Singh was groomed as the Marxist leader he later became. Other landmarks in Lahore, including the New Hostel Government College, Poonch House, Islamia College, Shadman Chowk, and the space formerly occupied by the Lahore Central Jail must be marked with Singh’s name. This will add to the Lahore’s lure and gravitas, particularly for foreigners of the Punjabi origin, for whom Bhagat Singh is a cult figure.