Alienation of the colonised

Colonial alienation is a product of the overall process of colonising the society and the mind -- it is experienced at linguistic, cultural, historical and existential levels 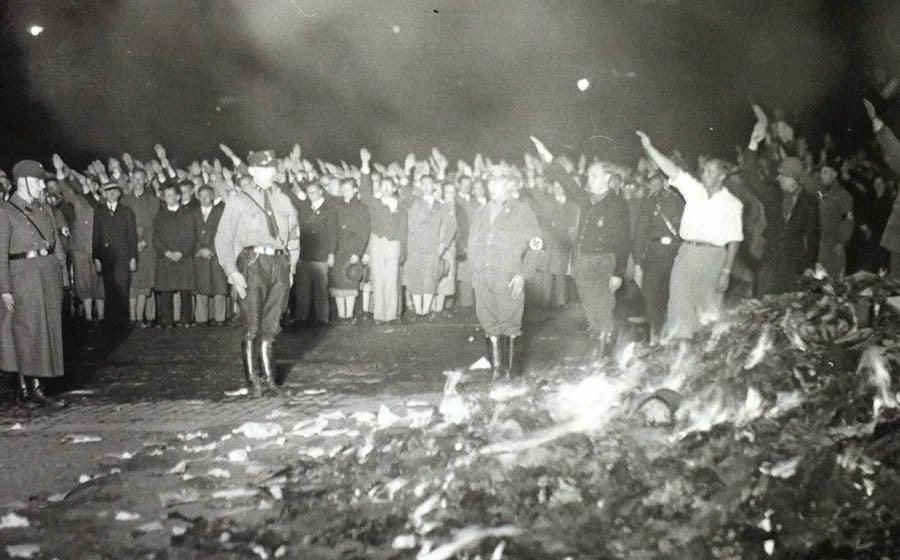 [I am a stranger, possessing nothing to be remembered; on the plaque of my heart neither any image nor any name exists.]

This verse describes a general state of melancholy that takes hold of all of us at some juncture of our lives and usually passes without being validated. In reality, these lines depict an experience of alienation -- a kind of depressing estrangement from our own existence, the real world and the world of memories and history. In other words, a deepened state of hollowness, loneliness, worthlessness and separation has been described by a 20th century Urdu poet who lived an almost-secluded life. We know all kinds of seclusions are either products of socio-economic-historical conditions or existential ones.

Though alienation has been portrayed as an essential hallmark of modern life, its three distinct varieties can be mentioned.The first one is Marxist. According to the Marxian definition, alienation means an estrangement from what one does and from what one receives in return for their work. In simple terms, when a labourer fails to get material reward corresponding to his labour, he alienates himself from both the act and products of his labour. Having been deprived of a sense of being human, he then works like a machine -- relentlessly and inadvertently.

The second type of alienation is existentialist in nature. It was formulated by European existentialist writer-philosophers of 19th and 20th century; the likes of Kierkegaard, Sartre, Camus, Heidegger and others. Essentially philosophical in nature, this alienation places human existence at the centre of all human experiences. Humans are alienated from their own, individual, authentic selves. A line from Camus’ Stranger that reads "He doesn’t easily attach or identify with other people," describes the basic existentialist alienation. The absolute yet melancholic detachment from the world, society, its norms, values and views forms the basis of existentialist alienation.

Alienated people live in a strange, callous, indifferent world. Both Marxist and existentialist types of alienation are Euro-centric, defining how the capitalist, consumer western society has morphed its citizens into alienated beings.

Colonial alienation is the third type of alienation. Indeed, it shares some common characteristics -- particularly the theme of estrangement from true, authentic self -- with Marxian and existentialist alienation; yet it has its own distinctive type. It follows the layered experience of life that colonial subjects were forced to undergo. The moment someone acquires the role and of course marginalised position of a ‘colonial subject’, the very process of alienation starts.

A ‘colonial subject’ is not simply a new political identity imposed by imperial power over its subjects; rather it is a complex and gradual psychological process of attaining new subjectivities. The outlines of the colonial subjects’ subjectivity are sketched in outside, imperial, estranged, Other’s world. They feel compelled to desire that subjectivity -- an overall, commanding cognitive way to perceive the outside world and to determine preferences and relations between their inner and outer worlds. He or she is commanded, directed, and advised from the Other that inhabits doggedly within. In this way, the colonial subject is subject to alienation from their local, real, authentic self.

The ‘colonial subject’ is impelled to stay confined to the ‘present’ created by the coloniser. The ‘present’ acquires a particular place and necessarily hegemonic position in the overall design of colonialism. Colonial masters make their subjects believe that their ‘political past’ was despotic and that their ‘cultural past’ was wrapped in decadence while their ‘present’ is inundated with enlightenment, reform, progress, development, new educational systems and constitutional institutes. This is done through initiating the grand agenda of reforms aiming to transform the public sphere of colonies and rewriting the history of colonial territories.

Rewriting history partly involves the total erasure of past memories and partly the misrepresentation of historical events, personalities, institutions. How Indian history was misinterpreted by ourEnglish masters is satirically emphasised by Shibli Nomani in his poem ‘Hamar Tarz e Hukumat’ [Our way of government]:

[You (the British rulers-cum-historians) have picked up from the whole story (of Muslim rule in India) just one thing: that Alamgir was cruel, heartless and killer of Hindus.]

Books of local authors are burned or banned on the pretext that they contain immoral, obscene materials. Likewise, libraries containing rare manuscripts are smouldered or looted in order to shift them to the imperial centre in the name of preservation. The dementia and hatred for the past paves the way to desire and celebrate the ‘colonial-cum-modern’ present.

As modernity is also based on the celebration of the present, the colonial subject falls prey to the illusion that they are on way to becoming a modern person. To embrace modernity has always been problematic for almost all colonial and postcolonial people. The thin line between modernity and coloniality has blurred because of discontinuity. To become modern, one essentially needs to experience discontinuity from past traditions and colonial people are forcibly discontinued and disconnected from their past. While modern people wilfully celebrate their present after being freed from the bondage of tradition, the colonised person is chained to the ‘colonial present’ and forced to detach and estrange himself from his past.

The colonised people live in a world of abstractions, ideologies, narratives, signs, symbols created and disseminated by colonial masters. Their emotions of love, hatred, loyalty, resistance or conformity are derived from these abstractions. In reality, both ‘past’ and ‘present’ are rather abstractions for them. Even their hate for the past is not about a ‘real object’, it is an imaginary, constructed past that becomes the ‘object’ of revulsion.

Colonial alienation is a product of the overall process of colonisation of society and mind. It is experienced at linguistic, cultural, historical and existential levels. So it becomes much more complicated and multi-layered. Colonised people are alienated from their own languages. First, their indigenous languages are deprived of playing any significant role in colonial administrative, economic, educational system -- a policy that perpetuates in the postcolonial era also. Then, they are made to believe that only the language of the centre i.e., English is capable of grasping and expressing the complex experience of present or coloniality-cum-modernity.

One can easily detect a latent and, in some cases, manifest hatred for indigenous languages among those who show an ardent desire for imperial language -- a clear sign of an alienated person. Interestingly, they deplore the deprivation of indigenous languages mostly in the language of imperial centre but it is rare that they use them for their creative and academic expression. The imperial centre keeps haunting the colonially alienated people even after being freed from the colonial power. They wish to be acknowledged, awarded and admired by that centre.

The answer to why the ‘colonially alienated persons’ abhor using their indigenous languages for a creative and academic purpose doesn’t lie in the belief that these languages are structurally incapable, but in how their sense of personhood or subject is formed while they use these languages. Our sense of being individual is not just formed passively in a language but in the dynamic relation that the language establishes to a particular moment while we communicate through it.

So, the sense of being individual doesn’t remain the same while we communicate in English, Urdu, Punjabi, Sindhi, Balochi, Saraiki, Brahvi, Pashto, Balti etc. with people we know well or with strangers in university campuses, conferences, media, academia, restaurants and shopping malls or at homes and abroad. Except in our homes, the indigenous language speakers’ sense of being individual is surrounded by a strong feeling of alienation.

MunirNiazi’s poem ‘Ik aur ghar bhi tha mera’ [I had another home too] describes the multi-layered estrangement the colonial subject is destined to suffer. Its narrator emerges like a dehumanised object, deprived of home, family, history, culture and sense of being an individual subject.

ا[I had another home too where I used to live. I had another family too. Between kids and oldies I used to enjoy another kind of ‘being’. There used to be some sorrows and dreams that still persist. I would live with my whole being in the home that used to be my basti; I live with my whole being in this home that is my basti. Alienated from both bastis, I am quite like an object.]

Alienation of the colonised