The pluralistic Punjab that once was

Pippa Virdee in her book has tried to piece together a sort of identikit of Punjab’s cities, their inhabitants, their romance, and their sense of loss and pain 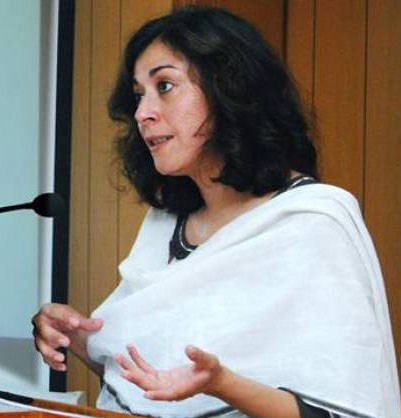 Living in Rawalpindi, one cannot feel for a split-second that the city was once cleansed of its inhabitants. The only hints that remain of this cleansing are a few names of places in downtown areas and a handful of skeletons of the once-mighty building structures. This is the reality of almost every city of Punjab across the India-Pakistan border but this reality has been drowned in the murky waters of patriotism, puritanism, and populism.

Pippa Virdee in her book From the Ashes of 1947: Reimagining Punjab has tried to piece together this reality to present a sort of identikit of Punjab’s cities, their inhabitants, their romance, and their sense of loss and pain. In this light, standing in the streets of these cities bustling with frenzy, one can see how empty they are and how they bear the burden of standing witness to what went wrong.

It is reassuring that the author conceived the idea for the book in Lahore, during a lecture on Ghaffar Khan by Rajmohan Gandhi, grandson of Mahatma Gandhi, at Forman Christian College.

The book is focused on three major themes: the impact of partition on Ludhyana and Lyallpur (now Faisalabad); a case study of Malirkotla, a small state in Indian Punjab where Muslims were not massacred; and female victims of the mayhem whose reality was given into notions of honour and religion.

The women who survived partition do not have it in them to talk about their ordeal. This may be the reason that Virdee has spared the readers the pain of knowing details of the inhumanity they suffered or she may have taken into consideration some ethical guidelines in not disclosing personal accounts of tragedy to public.

She recalls the work of Saadat Hasan Manto whose work not only laid out these facts explicitly but also raised questions about the suppression in the name of religion and nationalism. Similarly, Virdee protests when "pain, abduction of women and reconciliation have been communalized…given a religion" and nationhood by almost all key leaders of Hindus, Sikhs and Muslims.

She has traced the roots of this trend to the British Raj, when the rulers distanced themselves from religious rituals and cultural festivals of the masses. This, to her, was a fatal blow to pluralism that had been prevailing in Punjab for long.

But narrating the story of Malirkotla, she mentions that in addition to the efforts of the state ruler, a Shervani Pathan of Afghan descent, the blessings of Guru Gobind Singh were pivotal in keeping peace. The reason for these blessings was that the state ruler had written a letter to Aurangzeb Alamgir to record his protest when the latter got the Guru’s two minor sons picked up. The Guru, the 10th spiritual master of the Sikhs, held the state ruler in high esteem for this act and as a result Sikhs spared this small state of their killing and looting sprees.

Malirkotla was not a unique case, however. Syed Qamar Abbas Tirmizi, an outgoing news editor of The News, has mentioned in his book that the Guru had also blessed Sidhaura, from where a Muslim saint, Pir Budhu Shah, fought Aurangzeb’s army along with the Guru. Tirmizi conducted interviews of survivors of this area to find that Sikhs not only protected Muslims there but also escorted those to the border who intended to migrate to Pakistan. This was the state of pluralism that Aurangzeb had destroyed, so the blame for communal violence and religious extremism should not be put solely at the door of the British Raj.

Another reason for the outspread of violence was a lack of initiative on part of the British rulers to stop it. Rather, they facilitated it by encouraging the ethnic cleansing of Muslims from western Punjab and non-Muslims from eastern Punjab after its divide. Overall, partition caused an exodus of approximately 14.5 million people from their houses and massacre of one million humans on both sides of the divide. The author has found similarities in Ludhyana and Faisalabad, the cities that sheltered great deal of Punjabi migrants, whose hard work has made them business hubs.

The book relates to the question of ‘how’ partition was for the masses, which Virdee has tried to explore an answer to, instead of ‘why’ partition was made. This shift in study leads to oral history or "history from below" in which a few "great men" are not able to hide in their wilderness the millions who were cut down for no fault of theirs. The millions whom no one bothered to ask about their future. Pakistan, India or the UK has never tendered a public apology for this tragedy that is comparable to Holocaust and no meaningful monuments have been made in memory of the victims.

The pluralistic Punjab that once was