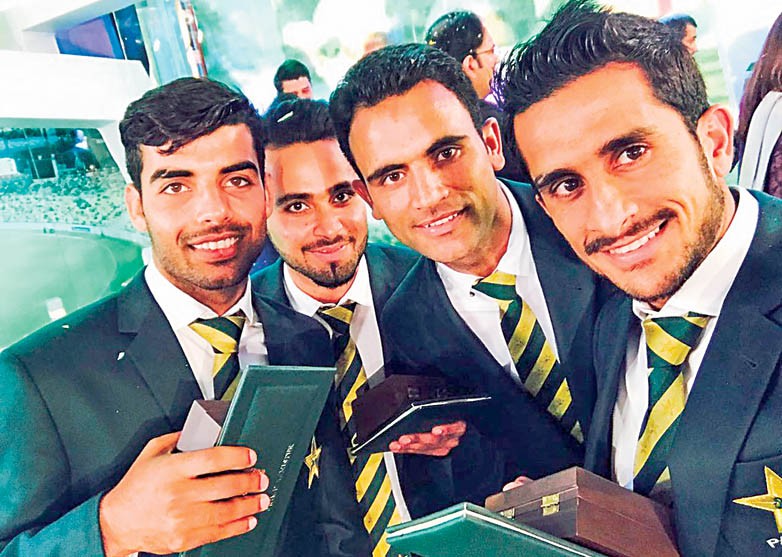 The first two editions of Pakistan Super League (PSL) had given such talented players as Mohammad Nawaz, Hassan Ali, Fakhar Zaman and Shadab Khan. The third one has brought forward a few more talented players who can go on to become stars at the international level.

One of them is Hussain Talat who has been performing well at the domestic season for some time. He has done quite well in this season of PSL for Islamabad United. He has scored at an average of 38 runs with a strike rate of 136. He has represented Pakistan at the under-19 level and has been prolific in List A cricket, averaging over 43 with three centuries and nine fifties in 41 matches.

Islamabad United have also polished the skills of Asif Ali who had had a decent record in the shortest format in the domestic cricket. Batting in the lower middle order, he has played match winning knocks for his team this season. He seems to have a wonderful temperament and the ability to perform under pressure which is a must in T20 cricket.

Usman Khan Shinwari has been around for quite some time. He has played for Pakistan in T20Is and ODIs. But the performances he has given this time have shown that he has matured as a bowler. In 2013, he was pushed into international cricket rather prematurely on the basis of one or two good performances in a domestic T20 event. He failed to impress in the two matches that he played, going for 52 runs in the second match and failing to get a wicket.

But look at his figures in this season of PSL against star-studded teams. He took four for 17 against Islamabad United, three for 11 against Peshawar Zalmi and three for 26 against Lahore Qalandars. He can be a precious asset for Pakistan in near future.

Interestingly, on the one hand, T20 cricket has produced several young stars. On the other, it has revived the careers of many who had been discarded or had never been considered for national duty. Quite a few players have sparkled in this form of cricket despite being over 40. Examples are Brad Hodge and Brad Hogg of Australia, who have continued playing T20 cricket long after they were thrown out of their national side. A most interesting example is that of Pravin Tambe who had only been a club cricketer until being picked by an IPL franchise at the age of 42.

So it won’t be a surprise if 33-year-old Umaid Asif goes on to play for Pakistan. He made his first class debut at ripe age of 24 in 2009 and hasn’t been much successful except in the 20-overs cricket. Playing for Peshawar Zalmi this season, he had bagged 12 wickets from 10 matches by the end of the Eliminator 1, in which he picked key wickets of RR Rossouw and Mahmudullah.

Another interesting case is that of Rahat Ali who has played for Pakistan in Tests as well as ODIs but has never been considered a bowler for the shortest format. In this PSL, though, he has been a revelation. He claimed 15 wickets from 11 matches. He should be considered for the series against West Indies, also considering the fact that Mohammad Amir and Junaid Khan seemed off colour during the event.