Health is not a priority of the present government, as is obvious from the way the public hospitals operate 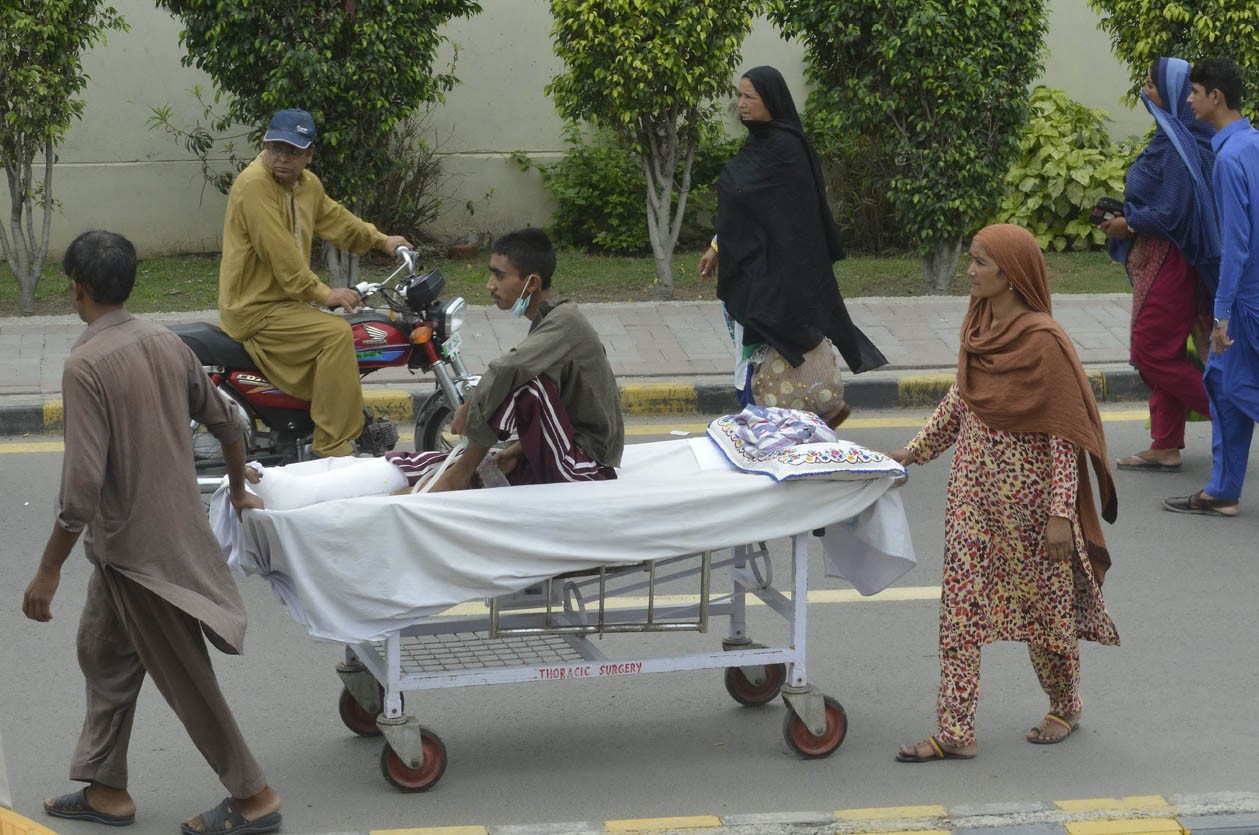 Think public hospital, and the first few things that come to your mind are: worn-out furniture; smelly wards; bad sanitary facilities; long queues at the OPD; huge number of people lying down on the floor outside the ICU, on a mat or waiting under the shade of a tree for their patients’ turn; bugs on the furniture, nurses shouting at the patients and their attendants -- all contributing to the murky environment.

Those are the kind of images we have extracted from our individual yet oh-so-similar experiences at the many government hospitals there are around town. Even the media -- think TV dramas, news footages etc -- only serves to reinforce these.

Hospitals are supposed to provide you with healthcare services in a hygienic environment. But the ///mold/// growing on the walls of our public hospitals, the stench that ‘welcomes’ you in, or the bedbugs biting you wherever you choose to sit, tell a completely different story.

By the way, the story doesn’t end here. The doctors at these public facilities seem least interested in diagnosing your ailment until you come with a ‘recommendation.’ Once, we took a friend to Jinnah Hospital; he was losing consciousness. But the doctors at the Emergency didn’t take him in, for a good half-hour, assuming that he was just ‘pretending’ to be serious. Can you beat that?

Perhaps, it’s for their lack of resources or the inadequate salary packages that these (seemingly) inconsiderate souls are offered (at the government hospitals) that they have developed apathy. Is this reason serious enough for a medical doctor to simply forget the statutes of the Hippocratic Oath?

Once, we took a friend to Jinnah Hospital; he was losing consciousness. But the doctors at the Emergency didn’t take him in, for a good half-hour, assuming that he was just ‘pretending’ to be serious. Can you beat that?

Recently, a friend of mine was injured while playing a sport. It took him roundtrips to three different public hospitals, at three different times, and almost two months in pain before he could get a recommendation, for treatment of the very simple diagnosis of a ruptured tendon that should have been urgently as well as easily operated. Instead, he was advised bed rest, on every single visit, even after the specialist saw no recovery. The specialist was negligent and disinterested to the point where it adversely affected my friend’s condition. I’m sure it’s the same situation hundreds of patients have to face on a daily basis.

If I talk about the orthopedic ward where my friend was admitted, majority of the patients I came across had leg injuries but the washrooms aren’t built in a way to ensure comfort for them. You have eastern toilet seats rather than commodes. Secondly, the escalators are completely dysfunctional.

Although the private hospitals offer quality services, in terms of infrastructure as well as healthcare, it is only a small minority that has the kind of money to buy these services; the rest of the population, having no other way, must turn to the government hospitals. No wonder, the number of patients here far exceeds their capacity.

The situation is compounded by the absence of an efficient and kind staff, not to forget, good administration. Do I need to add that health is obviously not the priority of the present government?