Light on the dark days of Musharraf

Documentary, Insha’Allah Democracy, is being criticised for humanising a dictator. Here’s why a group of students and activists proposed to call off its screening 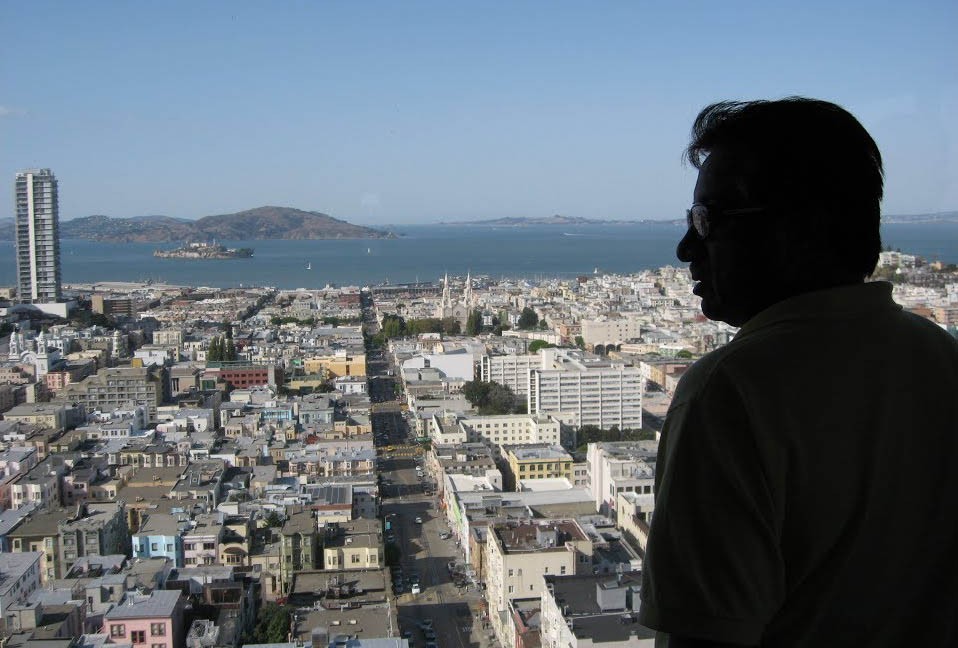 In August 2017, London-based activists prevented Pervez Musharraf from speaking at the School of Oriental and Advanced Studies (SOAS). Our demand was straightforward; Musharraf is an absconder and involved in heinous crimes against humanity, therefore, he should not be allowed to use prestigious academic platforms like SOAS which is known for its political activism.

This time we faced a perplexing situation. A documentary called Insha’Allah Democracy was screened in a film festival organised by Human Rights Watch (HRW) in London from March 9-10, 2018. It features Musharraf and examines the ‘future’ of democracy from a dictator’s mind. By calling it a ‘political satire’, it would be unjust to absolve the issue the documentary focuses on.

Director Mohammed Naqvi claims that this movie is ‘critical’ of military rule. Well, it’s not.

Undoubtedly, it humanises the ruthless dictator. The synopsis of this documentary states that Pervez Musharraf was ‘secular liberal’ and ‘prevented’ the country from becoming a ‘terrorist state’. Throughout the documentary, Musharraf is portrayed as a cool man; looks tipsy on New Year’s night, smokes cigars, and cracks good jokes. The next scene after these cool footages is some religious lunatics burning properties or holding guns. This transition of two opposite scenes creates two pictures -- one of a liberal dictator juxtaposed with a lunatic fringe.

These selective footages bury the most horrific and inhuman side of Musharraf -- of war crimes. His policy of ‘kill and dump’ in Balochistan, -- which is proportional to genocidal violence -- was completely missing. Killing of Akbar Bugti, Karachi May 12, 2007, enforced disappearances, Dr Shazia Khalid, media ban and many more violent incidents are not even mentioned.

Whenever the director of the documentary tries to show Musharraf’s opponents, they are either Taliban or some people in black coats (lawyers) beating civilians mercilessly. It completely ignores icons from the historic Lawyer’s Movement such as Asma Jahangir and Aitzaz Ahsan. More importantly, it misleads the audience by not showing that political parties such the Pakistan Peoples Party (PPP) and Pakistan Muslim League-Nawaz (PML-N) were two dominant anti-Musharraf forces, and not the Taliban.

In addition, the very basic and underlying question of this documentary -- Mohammed Naqvi will vote for the first time in Pakistan’s elections but he has a tough choice: vote for religious hardliners or for the secular liberal leader, Pervez Musharraf, who happens to be a former military dictator -- creates a black and white picture of Pakistan’s complex society.

This documentary misrepresents a complex nature of political entities of Pakistan, paints all democratic forces with the same brush and, most importantly, distorts facts.

It tries to assert that there is a mullah-political alliance. Although it shows Musharraf hosted Osama bin Laden, the director pays no attention to the historical mullah-military alliance. He shows one clip of Musharraf where he confesses to supporting the Taliban but in the same clip he also says, "Benazir and Nawaz Sharif also did".

Well, it was always the military which formulated the policy of nurturing the Taliban, and left the politicians with no other option except to follow the policy of ‘strategic depth’. Military and politicians cannot be compared when it comes to patronising militants.

I do not deny Imran Khan’s inclination towards the TTP but Imran Khan and Nawaz Sharif are not the only two forces which this film unduly focuses on -- Pakistan Peoples Party, Awami National Party, National Party, Awami Workers Party are some of the names which represent liberal and progressive politics. Yet the documentary shows Musharraf was the only person vocal against Taliban. This is a prime example of sheer ignorance and misrepresentation of facts.

The film shows that when Musharraf decided to come back to Pakistan, TTP released a threatening video. What it didn’t show is that TTP militants were slaughtering the MQM, ANP and PPP even before Musharraf’s arrival. ANP leader, Bashir Bilour, was killed by the Taliban for his aggressive stance against terrorism. Karachi’s biggest party, MQM, openly opposed Talibanisation of the country. PPP’s entire leadership unanimously agreed to take action against militants. These three parties were barred from political campaigns and this restriction equals to pre-poll rigging.

The documentary dehumanises and criminalises civilian forces. It portrays civilian leaders either as corrupt or sympathisers of extremists. First, this argument is in line with the military-sponsored propaganda, that civilians are either ‘supporters’ of extremists or corrupt. Second, it doesn’t mention (even passingly) that ‘secular liberal’ Musharraf is himself a supporter of a militant organisation. In a number of interviews, he has claimed to be the "biggest supporter" of the UN-designated terrorist Hafiz Saeed, and lends his support to Lashkar-e-Taiba, a banned outfit, indoctrinating jihad in Kashmir.

In the Q&A session at Barbican Centre, London, when facing a critical question, Director Mohammed Naqvi claimed that this documentary is not for converts, but to ‘educate’ (change) people like himself who firmly believe that "dictatorship is the only solution for Pakistan".

In our context, dictatorship is a ‘messianic’ idea that has been constructed on some myths, exaggerations, and distorted history and narratives.

In order to counter this idea, which the director also claims to do, one needs to challenge all those built narratives that provide the basis and justification for military over civilian rule. For instance, one clip shows Musharraf stating that the country’s economy was strong during his time. This deluding narrative is widely popular and one would often listen from laymen saying that rupee value was high when Musharraf was ruling. But we don’t discuss that aid was pouring in from the US for Pakistan’s ‘services’ in the so-called war on terror.

Let me clarify that we do not want to ban this documentary as director, Mohammed Naqvi, and some liberal elite from Pakistan accuse us of. We have mentioned in our petition signed by almost 1,500 people that we need to call off its screening at the Human Rights Watch (HRW) film festival due to certain reasons.

Saroop Ijaz, the researcher for HRW, says that this documentary "examines" a dictator’s mind. But why see democracy from a dictator’s point of view? Musharraf’s view of democracy is no different from other dictators in the world. Why not view democracy from its representatives such as politicians and civil society?

Pakistan faces many pressing issues such as enforced disappearances, persecution of minorities, rising extremism, and continuous shenanigans of deep state to derail democratic system. So, why select a dictator’s story for a film when more serious issues beg attention.

The writer is an activist and studied Religion in Global Politics at SOAS. He could be reached at jafferamirza@gmail.com.

Light on the dark days of Musharraf