Good and bad of economy 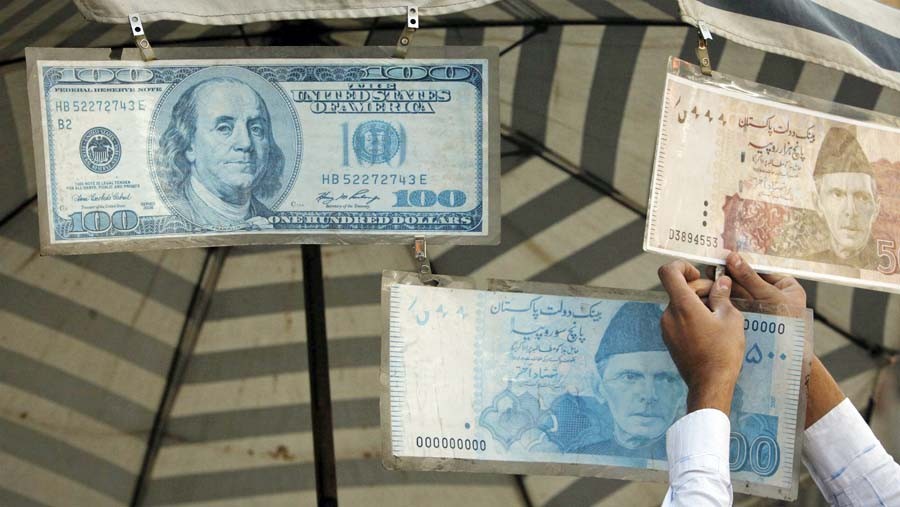 Last month, while commenting on Pakistan’s state of economy on these pages, I mentioned two divergent views about Pakistan’s economy. First, "Pakistan is making unprecedented economic progress" and second, "Pakistan is on the verge of economic collapse". My conclusion was that both sides were exaggerating their claims. While comparing to the benchmark of 2013, economic indicators had shown stability but they lacked sustainability.

Going through the recent "Post Program Monitoring" (PPM) report of IMF on Pakistan’s economy, one again comes across a similar conclusion, where on one hand optimism is shown for near term outlook for economic growth and on the other cautions and warnings are given about unsustainable macroeconomic stability.

The recommendation of PPM and a sudden depreciation of Pak rupee against US dollars have again made one to wonder whether the cycles of boon and burst in our economy would ever come to an end.

Let us try to unpack the PPM. IMF expects the real GDP of Pakistan to grow by 5.6 per cent in FY2017/18. This expectation is made on the basis of improved power supply, CPEC related investment, strong consumption growth, contained inflation, and ongoing recovery in agriculture.

The good news is that power supply in Pakistan has improved manifolds compared to the extended hours of power outage in 2012-13. After operationalisation of re-gasified liquefied natural gas (RLNG) and coal-based (Sahiwal, and one unit of Port Qasim) power plants, power generation last month increased by 9.3 per cent over the same month a year earlier. Another good news is less dependency on expensive furnace oil for electricity generation.

We have seen a change in our power generation fuel mix, where share of furnace oil is reduced to 8.3 per cent, paving way for RLNG (19.2 per cent) and coal (15.8 per cent). However, this improved power supply is being haunted by "energy circular debt - mainly due to transmission and distribution losses" which has almost touched a mammoth figure of 1 trillion Pak rupees (PKR 200 billion more than the revised allocation for federal developmental expenditures (PSDP) in the current fiscal year). On top of PKR 450 billion parked with Power Holding Private Limited (PHPL) we have accumulated another PKR 500 billion as energy circular debt. This also means that the federal government’s capping plan three years ago to trim down the circular debt to PKR 204 billion by mid-2018 is falling apart.

The circular debt is expected to increase in near future as transmission and distribution losses dropped only 1.2 per cent in four years while the supply has increased significantly. The second flip side of improved power supply is "capacity charges" which are fixed cost included in the tariff to be paid to the power generators towards their cost of installation. In 2015-16, the end consumer paid PKR 280 billion as capacity charges, in 2016-17 it was 358 billion, and in 2018-19 it is expected to jump to PKR 650 billion.

The good news is that in last ten years, China’s share in Pakistan’s annual inflow of foreign direct investment (FDI) has increased from negligible to 66 per cent. Interestingly, "power and construction sector" which had a negligible share in Pakistan’s FDI back in 2008, are also now making up 61 per cent in the country’s total net FDI as on February 2018. Despite the argument that social sector development gets compromised with too much focus on "brick and mortar" projects, it is a fact that improvement in power supply and infrastructure development would lead to job creation and economic growth.

Despite chronic income inequality and inequity, the standard of living, per capita income, access to modern brands of consumer items, goods, and services has improved manifolds.

However, the worrisome part is that due to the growing mistrust between US and Pakistan, Brexit related economic challenges for UK, shifting priorities of the Middle East, and strict conditions of multilaterals in the wake to Pakistan’s placement in FATF’s grey list, we are in a situation where we are bound to over rely on China. The rapid "Sinoization" of our economy is a case of putting all eggs in one basket, and we don’t have a "Plan-B". Besides FDI, we should also keep in mind that China is the biggest lender to Pakistan, including both public and private debt.

It is estimated that around over one fifth of the overall debt, i.e. $19-20 billion out of $90 billion total debt and liabilities of Pakistan is Chinese. The need for Chinese FDI and loans would increasingly increase not only to complete the CPEC projects, but also to sustain the GDP growth at five per cent plus for next five years. This would erode our payback capacity to our lenders, including China.

The good news is that Pakistan is rapidly evolving as a consumer society. Despite chronic income inequality and inequity, the standard of living, per capita income, access to modern brands of consumer items, goods, and services has improved manifolds in last two decades. Consumption, investment and exports are the main drivers of economic growth under the expenditure approach, which is also recognised as the aggregate demand side of the economy.

The demand for consumer items is manifested not only from a surge in imports of consumer goods, but also from growth in manufacturing and agricultural sector. However, reliance on imports, in the wake of declining exports and an artificially supported rupee versus dollar had its negative sides too i.e., erosion of foreign exchange reserves, problem of balance of payments, and current account deficit.

The good news is that inflation in Pakistan is still contained and manageable. One can argue that in Pakistan inflation is determined by fuel prices and rupee-US dollar exchange rate. The third factor is State Bank’s base rate. During last four years of the PML-N government, oil prices were low compared to 2008-2012. Rightly or wrongly, Dar had managed to firm rupee against dollar. On top of it, State Bank base rate was kept low, partly to keep the service charges for public debts from domestic sources manageable. This had contained the inflation.

However, going forward the trends would reverse. Oil prices in international market have increased to $63 per barrel for some time now. In last three months, we have seen a depreciation of 11 per cent in value of rupee against US dollar. This means that expensive oil would be more expensive for net consumers. Increase in cost of transportation, commuting, and energy generation would take inflation northwards in the short to medium term.

The good news is that agriculture sector has yet again proved its buoyancy against all odds. Food security of a country is determined by four pillar; physical availability of food, socio-economic access to food, utilisation or absorption of food in human body, and sustainability of the first three pillars. Agriculture sector takes care of physical availability of food, whereas livelihood opportunities coming from agricultural sector helps in socio-economic access to food. It can be argued that besides the government policies and agricultural practices, the growth in agriculture sector in Pakistan is dependent on climatic factors, especially monsoon season.

It would be up to the next government on how it brings major economic, governance, and energy reforms to reduce the vulnerabilities threatening the Pakistani economy.

Pakistan is one of the most vulnerable countries to climate change. Extreme weather conditions, scarcity of water, and increased temperature would adversely affect our agriculture growth potential. The Indus River System Authority has already anticipated a 40 per cent irrigation water shortage in Kharif season (starting from April). This would mean delayed crop sowing which may affect cotton and rice yield this year.

A cursory analysis of the drivers of growth for Pakistan’s economy as identified by IMF’s PPM reveals that most of these factors are vulnerable and non-sustainable. Some of them are leading to rising external financing needs, eroding its foreign exchange reserves, and would have an effect on its paying-back capacity.

This is where IMF declares that "risks to Pakistan’s medium-term capacity to repay the Fund have increased since completion of the Extended Fund Facility (EFF) arrangement in September 2016." The point to be noted is that since September 2016, our public external debt has increased by about US$11.5 billion and SBP reserves have declined by about US$7 billion. The two figures make US$18.5 billion, which was quite a cost to maintain rupee-dollar exchange rate and to support balance of payments.

In layperson terms, IMF reminds us that Pakistan’s economy has the potential to take off but in order to make it sustainable we need to come up with innovative solutions on handling twin deficit, i.e., fiscal and current account deficits. The good thing is that current economic team is taking unpopular decisions to control the rapidly slipping macro-economic indicators in the run-up to elections.

The note of caution is that merely depreciating rupee against dollar and passing on cost of energy to the net consumer would not resolve the problems until other prerequisites are not taken care of. Miftah et al., had short time on their disposal. It would be up to the next government on how it brings major economic, governance, and energy reforms to reduce the vulnerabilities threatening the Pakistani economy.

Good and bad of economy