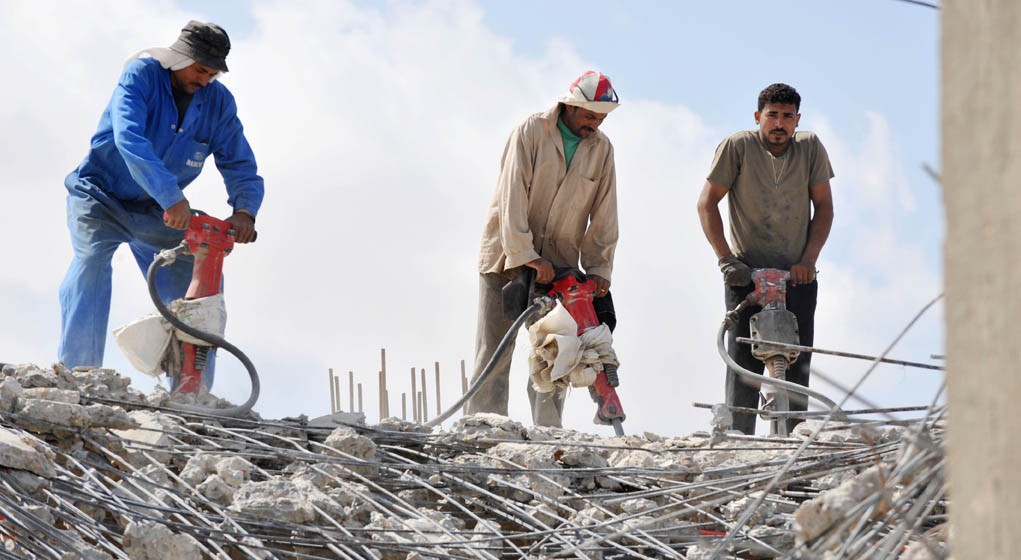 Pakistani migrant workers working abroad, especially in the Gulf Cooperation Council (GCC) countries, have provided great support to the country’s economy over the decades and been a primary source of foreign exchange in the form of remittances sent home by them. The GCC countries include Bahrain, Kuwait, Oman, Qatar, Saudi Arabia, and the United Arab Emirates (UAE).

In the 1970s, Pakistani workers proceeded for this region in huge numbers as these fuel-rich countries went for large scale infrastructural development, construction projects and overall progress of their economies. Fortunately, at that time the Pakistani government and people realised the importance of this opportunity and to a great extent fulfilled the demand of these emerging job markets.

Historical data shows that around 96 per cent of Pakistani workforce has been exported to GCC countries with the major share going to Saudi Arabia. The number of migrant workers going to other countries like Malaysia, Korea etc is much smaller.

Mansoor Zeb Khan, an Islamabad-based labour market analyst, tells TNS that lately Pakistani government has held negotiations with Qatar and UAE that are preparing for FIFA World Cup and Expo 2020 respectively regarding employment of workforce from Pakistan.

For a long time, these countries with immense oil-fueled wealth have been providing jobs to Pakistanis, changing their fate. But unfortunately, over the past few years the situation has become dismal in this region due to a steep fall in oil prices and the resultant resource crunch experienced by these monarchies. Due to this a large number of construction projects have been stalled, especially in Saudi Arabia, where the government is the biggest client of construction companies. Once it faced shortage of funds due to lower oil process, it stopped payments of construction companies that resulted in nonpayment of salaries to workers for months and ultimately layoffs. The removal of subsidies and imposition of taxes to overcome deficits have made the situation even tougher for expatriates.

Over the time the crisis is worsening and it is feared that it will lead to repatriation of thousands of expatriate migrant workers to Pakistan, widespread joblessness among them and a major decrease in remittances coming to the country.

The State Bank of Pakistan (SBP) figures point out that there is an almost 8.5 per cent decrease in workers’ remittances from Saudi Arabia in the first eight months of the current fiscal year as compared to the figure for the corresponding period for the previous year. If we look at the figure for the month of February 2018, Pakistan received remittances worth $348 million as compared to the $404 million received from Saudi Arabia in February 2017. This shows a decrease of 14 per cent which is quite alarming.

Another discouraging trend is that Pakistan’s labour exports to the world have also dropped by 40 per cent in 2017 and to Saudi Arabia by 69 per cent this year. As per the figures of the Board of Emigration (BoE) Pakistan, the number of people proceeding to Saudi Arabia from Pakistan fell from 4,62,598 in 2016 to 1,43,363 in 2017. There could be multiple reasons for this but one mentioned quite frequently is that now Pakistani workers are not that excited to go to GCC countries as they think there is not much left there for them. The perception is even worse than reality.

This situation calls for an analysis of the reasons behind this trend and working out of a plan to undo or minimse its negative effects.

Khalas Khan, a Pakistani engineer working in Saudi Arabia, shares that a newly-imposed monthly dependent tax at the rate of 100 riyals per person is a burden and people are thinking about sending their families back. This tax will increase to 200 riyals next year, 300 riyals the year following that and so on. These taxes are a way for the government to generate revenues and overcome budget deficits.

Khan says, "The government has withdrawn subsidies including those on oil which has doubled its price and also increased the price of electricity produced from it. This has led to a major increase in the cost of living and expatriates are finding it hard to save anything especially if their dependents are living with them."

Khan says as Saudi Arabia is focusing on developing non-oil economy sectors like tourism, insurance, financial services etc the government must train workforce for these sectors and exploit the potential.

However, this is not easy as the Saudi government is going for nationalisation of job market with increasing share for Saudi nationals. It aims to increase the participation of women in the labour market from 22 per cent to 30 per cent, and reduce the unemployment rate among Saudis from 11.6 per cent to 7 per cent. This will reduce the number of openings for workers coming from abroad.

Similarly, the UAE is aiming to reduce oil sector contribution to GDP to 20 per cent by 2025. Now after the fall of oil prices, the Gulf countries are taking various steps to reduce their dependence on oil based earnings. Oman is also in the line and has introduced a five-year development plan (From 2016 to 2020) that aims to reduce contribution of oil in GDP to 26 per cent.

Monis Rahman, CEO, Rozee.pk and owner of Saudi Arabia centric job portal mihnati.com shares that job market in the Gulf, especially Saudi Arabia, has shrunk for Pakistan and terms introduction of technology driven businesses a major reason. For example, he says, "entry of uber and other similar taxi services have affected the earnings of Pakistani drivers in the Gulf region." He recommends the Pakistani government to impart skills to workers so that they get well paying jobs and do not remain easily replaceable. "What happens at the moment is that being basic level workers, they are the first ones to be laid off."

A discouraging trend in this context is that the labour market of Gulf is controlled by the private sector, agents and sub-agents and the role of governments in job placement there is very limited. If its concerned departments and bodies assume their desired role, analysts think, the situation can become encouraging.

Mansoor Zeb Khan, an Islamabad-based labour market analyst, tells TNS that lately Pakistani government has held negotiations with Qatar and UAE that are preparing for FIFA World Cup and Expo 2020 respectively regarding employment of workforce from Pakistan. Similarly, there are news about likely placement of Pakistanis in South Korea and Japan but success of these ventures depends on how well the negotiations are done. He says Japan that wants to hold Olympics needs basic level IT sector personnel such as data entry operators from Pakistan. "If we succeed in capturing this high-end market new venues will open up for us."