Dancing with the past

There is a heady mix of Muslim, Baroque, Renaissance and modern architectural styles in Seville, Spain, a city of many splendours: dance, tapas and friendly Spanish folk 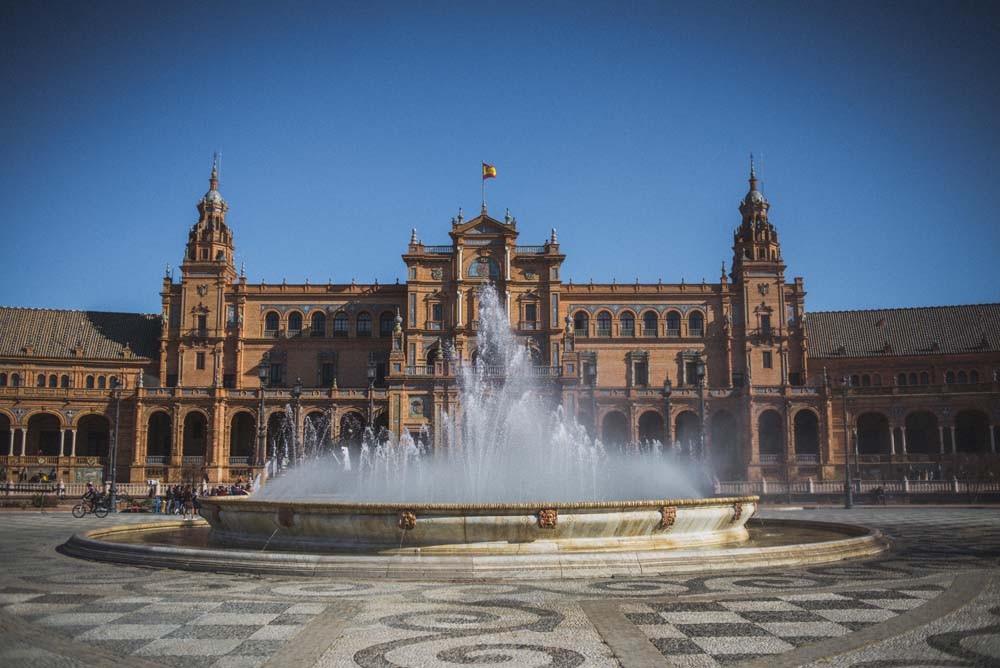 When I arrived in Seville I found myself in the midst of Christmas celebrations. Although it was still a few weeks away, the city had started preparations, adorning streets and plazas with decorations and lights, creating a warm and cozy ambience. Carolers strolled the streets beating drums, playing trumpets, and singing, beckoning people to join the festive mood. Nativity scenes could be found set up at plazas around the city. As much as I appreciate Christmas festivities, which on occasion I allowed myself to relish, my intentions for visiting Seville were different. What I had really come to discover was the influence Muslims had left on Spain, and what better place to do so than in the capital of Andalusia?

I got the chance to witness this past quite literally the moment I stepped off the bus near my hostel. By the bank of the Canal Sevilla Bonanza, arose a stout tower surrounded by palm trees - Torre del Oro, the Golden Tower. The engravings spanning the walls, the parapets, archways and sandstone coloured bricks all were reminiscent of the Almohad style I had seen in Morocco. It was a bizarre feeling of déjà vu, considering I had just come from Morocco.

Across from the Giralda is another spectacular landmark of the city: the Real Alcázar. Those who watch Game of Thrones might recognize the interior as the palace of Dorne.

This past does a dance for those who seek it as they walk along the narrow streets of the city. It reveals itself on occasion as you gaze up at windows and balconies to find some adorned with the iconic design of Al-Andalus: the horseshoe arch. At other times a church tower rises up, its cuboid structure seeming vaguely familiar to the Moroccan minaret. But eight centuries after the last Muslim kingdom occupied the city, these are mere traces amongst the mixture of Renaissance, Baroque, modern and other styles that have come to define this fascinating city.

Like the Eiffel Tower for Paris, the Badshahi Masjid for Lahore, or Brandenburg Gate for Berlin, the landmark that defines Seville would be the Seville Cathedral and the Giralda.

Being the world’s largest Gothic cathedral its presence is quite evident when one strolls along Avenida de la Constitución. When the city was under Muslim rule it used to be the site for the grand mosque of the city. But after the Reconquista, when the Christians reconquered the Iberian Peninsula, it was repurposed into a church. Not much is visibly left of the old mosque however, partially because of an earthquake that greatly damaged the building back in the 14th century. Subsequently the ecclesiastic authorities of the city decided to construct a church, and legend has it they joked they ought to build one "so large [that] future generations [would] think [they] were mad". Not only were they ambitious but they also had a sense of humor.

One of the entrances of the cathedral is adorned with a horseshoe arch while the doors, although replicas of the original, still maintain Arabic inscriptions all across their towering presence. The courtyard it leads into was where prayer goers used to go to perform ablutions. It has now been transformed into the Patio de los Naranjos, the courtyard of orange trees. Remnants of the drainage system from the ablution fountain still run underneath the feet of tourists who are taken aback by the majesty of the tower visible through the branches. The Giralda, as it is called, used to be the minaret of the mosque. Constructed in the same style as the Koutoubia in Marrakech, a cuboid structure with intricate engravings and blind arches across its facades, it was later embellished and adorned with Gothic elements at the top along with a bell tower to give it a distinctly Christian feel.

Across from the Giralda is another spectacular landmark of the city: the Real Alcázar. Those who watch Game of Thrones might recognize the interior as the palace of Dorne. But it is possible you might have forgotten all about it due to the spectacularly mesmerising Sand Snakes storyline.

The palace was first built by the Ummayads and later expanded by subsequent rulers. With construction and expansion spanning over 500 years, a variety of architectural styles can be witnessed - from Mudéjar to Renaissance to Baroque. The palace becomes a visual journey through history as you make your way from one building or room, modelled for example in the Mudéjar style, to another styled in Baroque. Although the shift can be jarring at times it is fascinating to see the confluence of such varying styles in one place. Surprisingly enough it still serves as the summer residence of the current king and queen, although those areas - as one would expect - are cordoned off from the public.

The Mudéjar style was heavily influenced by Muslim architecture and design that preceded the Reconquista. One major reason is the craftsman and artisans employed to build the palace were Muslim - referred to as mudéjares, or ‘those permitted to stay’ - and were drafted to utilize their skills and experience to construct the palace. The walls of such buildings are adorned by beautiful mosaics similar to the Almohad style, as well as stucco engravings with geometric patterns and Arabic inscriptions. One inscription in particular stood out and puzzled me: "There is no conqueror except Allah" specifically since the construction of that building occurred after the Reconquista. The explanation for that varies.

After defeating the Muslims in a major battle, King Alfonso XI had the Hall of Justice built in the Mudéjar style particularly to spite the conquered Muslims. Unlike his father Pedro, I found it aesthetically pleasing but also particularly Iberian and preferred to promote that over the Gothic elements - which he felt to be foreign - that had been incorporated by previous kings for the association it had with the Christian north.

As my friend and I were leaving the Real Alcázar, two women approached us, holding stems of rosemary. Before I could react one of them had thrust the rosemary into my hand, and started speaking to me in Spanish while holding my hand and tracing the lines of my palm with her finger. My repeated attempts to wrench my hand away and tell her I could not understand her predictions of my future, and for that matter her intent, went unheeded. Upon finishing she stuck her hand out to reveal her bare palm. I looked at it sheepishly, my annoyance rather apparent. She walked off only when a euro was safely nestled in it. My friend chuckled at me for he had managed to wiggle out of the trap with a little more assertiveness. Perhaps being tricked out of money is a feature everywhere you go in the world.

One thing to keep in mind when in Spain is the custom of the siesta. In the middle of the day stores and shops close for a few hours, giving business owners respite during the day. Luckily this does not apply to bars and restaurants, which provide settings for locals to come together and socialise over food and drinks. Stepping into an establishment is a sure way to get to know locals for the Spanish are quite friendly (and rather talkative) and will almost always initiate a conversation, as long as you can surpass the language barrier.

So it goes without saying if you find yourself in an establishment that offers food, you must try tapas. For those uninitiated to this cultural phenomenon, it is a way of eating, not just a small plate of food. In around Rs 350 one can order a tapas plate which honestly offers only a few morsels to eat. But, like sushi, the idea is to order several different plates to try a variety of flavours and in the process also helps regulate how much one eats. It might sound like a bizarre notion to a Pakistani though for why would one not eat until they pass out after all?

Tapas restaurants can be found anywhere in the city. There are several around the cathedral although they offer food at tourist prices and their quality can be hit or miss. Instead, take a short stroll through the city and head over to Alameda de Hercules, or La Alameda. Establishments surround this picturesque promenade flanked by trees and bookended by Roman columns over 2000 years old. Typical for any European city, tables and chairs pour out from the surrounding restaurants where people can be found sitting, enjoying their meals or simply relaxing. The Triana neighbourhood across the canal is also another great place to eat, with a variety of bars and restaurants to choose from.

Another cultural phenomenon that Seville is famous for, and should not be missed is flamenco. Thought to have originated in Andalusia during Muslim rule this art form is a collaborative expression combining music and dance to create a spiritual and evocative experience. Over the centuries the music and type of instruments used changed as Christians and Jews and later the Romani people who found their way to the region, adopted and influenced it.

Flamenco has many aspects to it but essentially it is music accompanied with dance. Somewhat like jazz improvisation is an essential part of the performance; the musicians - a guitarist and singer - lay the basis to which the dance is performed. But unlike ballet, where the dance is dictated by the accompanying orchestra, flamenco is a mutual performance where the dancer and musicians take turns in leading each other resulting in a dynamic experience. Hit up one of the many cultural centers that have been established in recent decades around the city, some which can be found at La Alameda, that offer intimate settings for audiences.

A city is more than just its landmarks. It is its neighbourhoods, its quirky cafes, its stores, its restaurants, and most importantly its people. A few days of visiting can only provide a glimpse of what it truly constitutes. But just like any dance the performance must come to an end. I watched the city slip by as the train I was on pulled away from the station. I wondered about the things I had not had the chance to discover: Plaza de Espa­ ­ ­ ña, the Maestranza bullring, the Metropol Parasol, the Casa de Pilatos palace, the museums, and so many other things that were impossible to experience during a short stay. But the city was now left behind, replaced instead by a beautiful countryside of rolling hills and farmlands. I propped open my book to learn more about the history of Al-Andalus as I waited to arrive at the next destination on my itinerary: Córdoba.

Dancing with the past 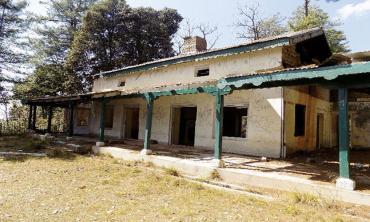 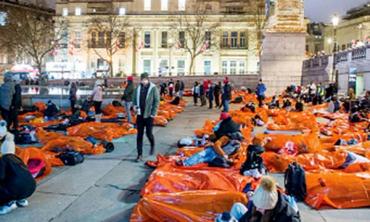 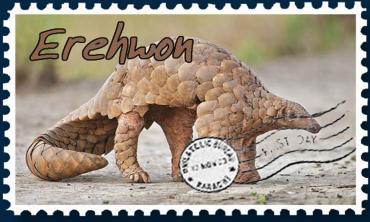