Cultural side of the Baloch 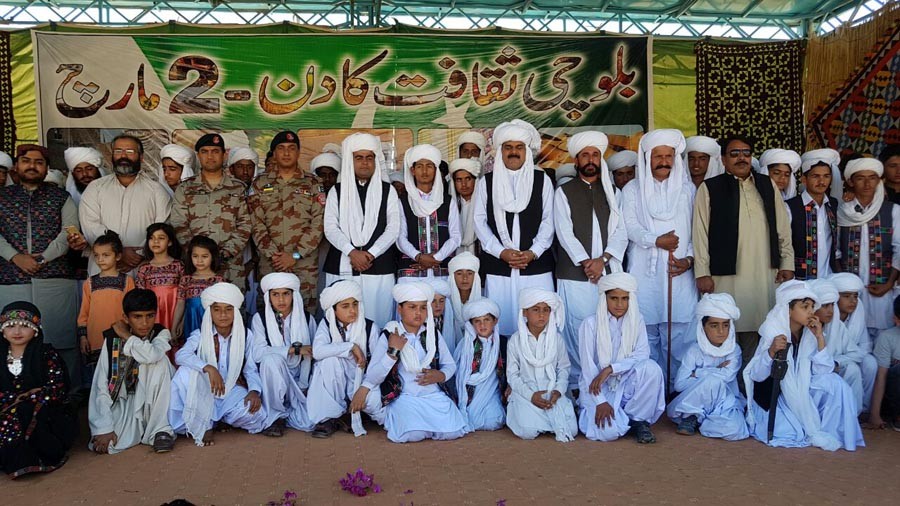 Baloch culture day was celebrated on March 2 with nationalistic zeal once again. The Baloch living all over Pakistan celebrated the Baloch culture. Men, women and children dressed in traditional Balochi attire attended programmes to celebrate the Baloch culture day all over Balochistan and also in Karachi, D.G Khan and other parts of the country. It was a manifestation of the culture of the Baloch who are otherwise marginalised and a centre of conflict in the federal structure of Pakistan.

The genesis of the culture day can be traced back to late 2009 when the controversial TV anchor Dr Shahid Masood criticised former President Asif Zardari for sporting Sindhi cap and Ajrak. In reaction to the inflammatory statements of Dr Shahid Masood, Sindhi culture day was celebrated on December 6, 2009. Taking inspiration from this, the management of Balochi-language TV channel, Vsh News, announced to celebrate the culture day for the first time on March 2, 2010.

Dr Shah Muhammad Marri, a cultural critic and author, believes the day has been popularised by the middle class Baloch youth, which is depressed. "Baloch culture day should be appreciated because it keeps the youth away from vices, such as drugs and violence."

It was a period when conflict in Balochistan was at its peak and it also affected the culture day celebrations. The Baloch students in Engineering University in Khuzdar, who were celebrating the culture day, were attacked with three hand grenades. Two students died and nine were injured in that attack. Perpetrators of the attack were never apprehended but it provided a new enthusiasm to celebrate the day every year.

For the last few years, there is a debate on whether it’s worthwhile to celebrate this day. One group opposes the culture day celebrations while the other considers it as a blessing in disguise for the culture of otherwise deprived Baloch people.

Dr Shah Muhammad Marri, a cultural critic and author, believes the day has been popularised by the middle class Baloch youth, which is depressed. "Baloch culture day should be appreciated because it keeps the youth away from vices, such as drugs and violence," he tells TNS. Answering a question if what happens on Baloch culture day is a true depiction of Balochistan culture, Marri says it’s just a day of celebration and recreation and it does not represent the day-to-day life of a normal Baloch.

Dr Marri, who has authored dozens of books on Balochistan, highlighted the fact that there is limited participation of women folk in the culture day activities which is a big problem. "The Baloch need an inclusive culture where women are given equal chances and this should reflect in the celebrations as well."

Likewise, Dr Hafeez Jamali, a social anthropologist currently affiliated with Habib University Karachi, doesn’t appreciate the way Baloch culture day is celebrated. "Celebrating culture day on any particular day is wrong." He believes that just celebrating culture day for the sake of having fun is nothing more than an "empty gesture". "However, if Baloch culture and society is critically evaluated on this day through informed debates in conferences and seminars then there is no reason to oppose the culture day."

Given the level of polarisation in the Baloch society, it’s least likely that Baloch intellectuals will ever agree on anything let alone a delicate topic like an annual culture day. However, what is important is that this day has triggered a debate about the Baloch culture and its survival and continuation which is beneficial.

Although the government and Baloch people celebrated the culture day enthusiastically, Baloch nationalist parties were missing from the scene. Apart from token representation, there was no participation from them to celebrate the culture day. It’s an irony that political parties that base their politics on Baloch nationalism do not even have their organised culture wings.

People will celebrate the culture day in future since it has become favourite among people. What is needed is that the government should use this event to promote and protect Baloch culture rather than using it merely for political projection.

Dr Marri also believes that the Culture Department of the Balochistan government and Baloch cultural organisations should organise the culture day and provide it with the much-needed direction. This can make celebration of the culture day a meaningful activity for years to come.

Cultural side of the Baloch