A taste of Mexico

Off to Mexico City and San Miguel de Allande, where, after years of wifehood and motherhood, there is a certain freedom to being alone 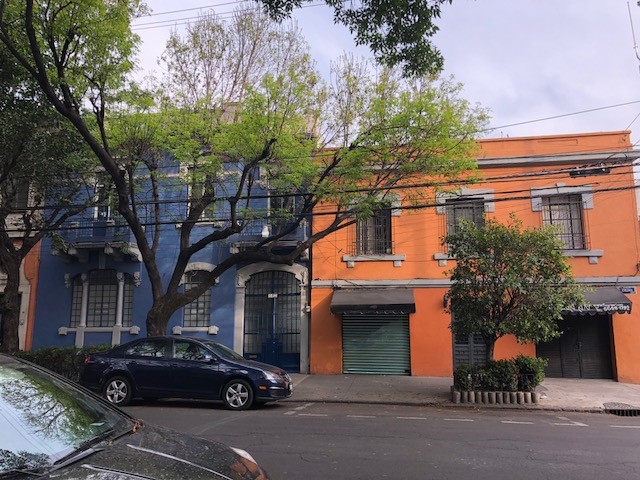 The streets of Mexico City are lit by the orange glow of streetlights as my taxi driver guns it through the red light, narrowly missing a bus, speeding onto a flyover that loops over small, boxy houses and billboards selling toothpaste and shampoo. I am in Mexico for a writers’ conference, travelling by myself for the first time in years -- and am nervous. I think of all I have heard about the drug-fuelled violence in the country, but the city has a frenetic energy that puzzles me with its familiarity.

Then it hits me: with its traffic jams and packed restaurants, Mexico City reminds me of Lahore and Karachi, and suddenly I am comfortable with the city.

Early the next morning, jet lagged and bleary eyed, I walk the avenues, Colonia Roma, a hip, artsy neighbourhood of wide, tree-lined avenues and elegant, French colonial buildings, past whitewashed walls covered with street art and pink bougainvillea, looking for Panderia Rosetta, which, my travel guide assures me, has the best coffee and pastries in the area. I share the silent streets with cleaners and dog walkers, and am struck by the green harmony of the area, so different from my Narcos-fuelled imaginings, with fountains and parks around almost every block. I sit under a bright blue jacaranda tree with my coffee and lemon concha, still hot from the oven, bite into its crunchy, sweet outer shell and watch food vendors selling breakfast tamales and plastic cups of chopped mangoes set up their carts.

It is hard not to fall in love with San Miguel as I explore the city, walking up narrow, cobbled streets, past buildings that are a riot of colours: ochre, blue, pink, burnt orange, that glow in the golden morning light.

Later, I join my tour bus as we head towards the Coyocan district to see Frida Kahlo’s house. I am excited as Frida and her unibrow have a special place in my heart. Suffering from a chronic illness myself, I admire her for her bravery and resilience in never giving up her art, despite a broken and pain riddled body.

The famous Casa Azul is a maze, with a jungle-like indoor garden littered with fountains and sculptures, and walls painted a cobalt blue -- so electric, so radioactive, that it glows in the bright sunshine. I walk through an exhibition of her clothes, marvelling at the bone and metal corsets she had to wear to support her spine, through her bright yellow kitchen, and her bedroom with its narrow bed and mirror, where she lay and painted her reflection. In the last room is a dressing table, littered with combs and hairpins, with a large, pre-Columbian clay urn containing Mrs Rivera’s (as she was known during her lifetime) ashes.

Next, we head towards Xochimilco, the floating gardens of Mexico City, which our long-haired guide informs us, was once a pre-Hispanic lake, drained and settled by the Spanish invaders. We board a colourful gondola called a trajinera and float down the canals, past the small, fertile islands called chinampas. A boat with a kitchen floats past, with a stove and a fat cook, who sits rolling out dough for corn tortillas. I order chicken mole, a smoky, savoury sauce, flavoured with dark chocolate, which looks like brown gloop on the plate but tastes delicious. As my fellow travellers drink a milky, fermented cactus sap called Pulque, the drink of Aztec priests and the goddess Mayahuel, I try orange slices sprinkled with snail powder. It is slightly spicy, crunchy and salty, a bit like kala namak.

The young, British backpacker next to me orders a Michelada, a Frankenstein concoction that froths and foams, like a science experiment gone wrong, and as I watch his face, I am glad that it is him, not me drinking it.

The next day I battle the confusion of Mexico City’s airport and board a flight to San Miguel de Allande. My journey includes a rattling bus ride on a road that coils over dark, barren mountains, (which my guide book tells me were once infested with donkey riding banditos) and small villages, where old men sit on the side of the road, disinterestedly watching the world go by.

"I think I’m on the GT road to Rawalpindi," I text my husband.

It is hard not to fall in love with San Miguel as I explore the city, walking up narrow, cobbled streets, past buildings that are a riot of colours: ochre, blue, pink, burnt orange, that glow in the golden morning light. I stop to admire carved wooden doors with angels and demons leaping off the frames, and peek into cool, tiled courtyards filled with potted cacti. It is hard to resist the many art galleries and shops bursting with local handicrafts: intricately carved toys, embroidered tops, hand-woven scarves, clay ‘tree of life’ and brightly painted ‘day of the dead’ skulls.

The gothic church, the Parroquia de San Miguel Arcangel, is at the heart of the town; its pink, fairytale, marzipan towers rise into a vast, searingly blue sky and sweeten the air, every hour, with the chimes of their bells. I buy a churro and sit under a bench in the main plaza, El Jardin, and listen to the strumming guitars and trumpets of a nearby mariachi band and their patient, but silent donkey.

There is something about the light in San Miguel, the way it hits its stones and makes everything seem brighter, more intense and alive. It is, after all, an artist’s Disneyland, an impression reinforced by the squat, disc like trees in the park, which have been hollowed out to discourage birds from nesting, and by the impromptu fiestas, that spring up almost every evening, filling the square with couples dressed in frothy white skirts and shirts, and giant puppets that bob and bow amongst the dancers.

I am there for almost a week, attending the conference during the day, listening to writers like Wally Lamb and Benjamen Alire Saenz talk about their art. Each morning I wake up early to birdsong and church bells and write my novel as if I am possessed by the artistic spirit of San Miguel, and then walk the streets for inspiration and chilaquiles, a hearty dish of crispy tortillas in a red or green sauce with fried eggs, which is just what a hungry writer needs.

After years of wifehood and motherhood, there is (dare I say it?) a certain freedom to being alone and travelling by myself. It forces me to talk to the writers and poets living in this city, who are drawn, like the Beat generation before them, by its beauty and moderate cost of living. They show me the places they love, pointing out the legendary bars, and cafes frequented by beret-clad writers and poets like Neil Cassady and Jack Kerouac in the 1960s.

I go to poetry readings at the infamous and smelly, La Cucaracha, which hasn’t changed or been cleaned, it seemed, since Cassady graced its dark environs, where to my bewilderment, there is a single urinal hidden behind the bar (convenient for the male customers, I am told). Afterwards we eat fish tacos at La Sirena Gorda, aka The Fat Mermaid, where a pink haired writer tells me, "You should totally move here."

A taste of Mexico