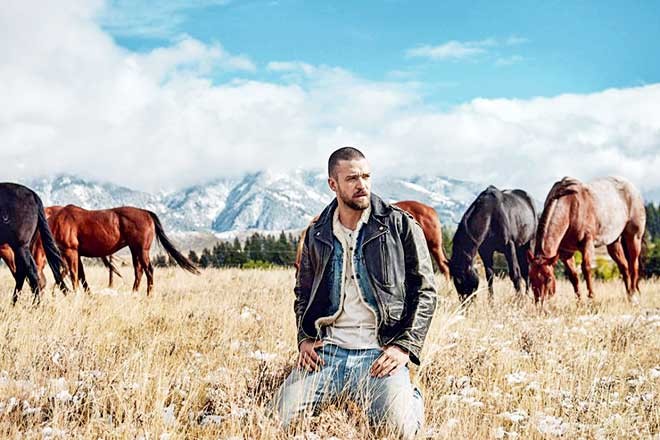 Justin Timberlake deserves credit for trying something different this time around with his new record, Man of the Woods; Ruins sees First Aid Kit come up with another set of beautiful tunes even though it is held back by lack of originality.

It’s hard to imagine what Justin Timberlake’s post-NSYNC career would have looked like if it hadn’t been shaped by the immaculate production of Timbaland and The Neptunes. This observation becomes all the more apparent when you listen to the popstar’s latest album, Man of the Woods - you can immediately discern the producers’ imprints on all their respective tracks, and while it doesn’t reflect too positively on the artist that his sound is so heavily reliant on the sonic wizardry of the people around him, it does help him come up with a few interesting tunes.

The primary production duties for the American singer’s fifth solo set - the title of which was inspired by his son Silas’s name which means "man of the forest" - are in the hands of The Neptunes (who also serve as co-writers for the songs they helm), and you can easily tell which tracks have been moulded by Pharrell Williams and Chad Hugo without even reading the liner notes. But the record’s more adventurous flourishes have been provided by Timbaland and Danja. The funky (and clearly very divisive) ‘Filthy’, in particular, stands out, thanks in large part to the production, although you do have to give Timberlake props for releasing something that doesn’t sound like anything else on the charts as the album’s lead single instead of going for something safer and more radio-friendly.

But while experimentation may serve him well in places, elsewhere it falls a little flat. It’s the artist’s attempt to incorporate country and southern rock into this record that doesn’t always yield very exciting results. Chris Stapleton helps elevate the ballad ‘Say Something’, and ‘Livin’ Off the Land’ is perhaps the most successful effort at melding Timberlake’s style with country, but his Americana-influenced tunes aren’t exactly the singer’s strongest work. Plus titles like ‘Montana’ and ‘Breeze Off the Pond’ might suggest that these songs would have rustic leanings, but these tracks basically just offer more R&B-tinged pop fodder instead.

The different styles Timberlake wants to explore on the record make Man of the Woods feel unfocused and inconsistent, and the cringe-worthy lyrics (all co-written by Timberlake) that plague the album don’t exactly help either. There is some interesting stuff on offer here - although sonically that seems more indicative of the producers than the artist himself - and Timberlake deserves credit for trying something different this time around, but overall the results are more mixed than his fans would have hoped.

After coming to the world’s attention with their YouTube video cover of the Fleet Foxes’ ‘Tiger Mountain Peasant Song’ almost a decade ago, Swedish indie folk duo First Aid Kit have impressed listeners by creating melodious ‘70s-reminiscent folk pop, powered by their sublime harmonies and gentle guitars. And while their fourth album, Ruins, sees the Söderberg sisters come up with another set of beautiful tunes, it is held back by the fact that there is nothing quite original or exceptional about their output.

Produced by Tucker Martine and written by the siblings themselves, the album revels in its throwback sound but doesn’t see Johanna and Klara move out of their comfort zone.

Inspired by a breakup as well as the evolution of their own relationship, Ruins benefits from the duo’s ability to come up with sweet melodies, and is at its best with songs like the country pop ditties ‘It’s a Shame’ and ‘Postcard’, which show just why the group has gained recognition. But elsewhere, it all sounds overly familiar and too polished for its own good.

There is no denying the Söderbergs’ songwriting talents though, and while Ruins may not be a very exciting, diverse, or inventive collection, it is still competently crafted and easily enjoyable.