We would like to see the LSAs get bigger and brighter every year but that can only happen with a clear vision of what is intended for them. That vision was compromised as the glamorous event took up a social cause this year. 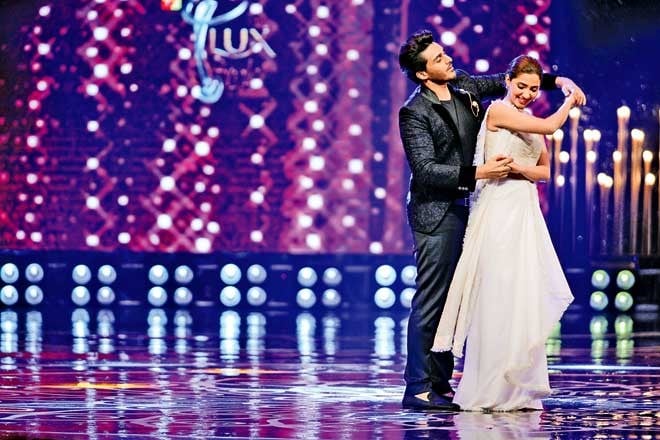 It’s arguably the biggest and most reputable award show in Pakistan but did this year’s event – the 17th celebration of the Lux Style Awards – establish it as such? As usual, the night came with its fair share of surprises with the awards surrounded by an expected round of controversy but this year the show went further to attach itself to a social cause, which threw its glamorous and celebratory USP completely off balance. It also had a new show director and happened in Lahore, after a long time. Let’s talk about how the alterations worked out for the event.

Our story begins on a Tuesday evening at the Expo Centre that played home to the show and was transformed into quite the swanky space. Upon entrance, there were two plush, lengthy red carpets with plenty of space for people to walk down without stepping on each other’s trailing dresses. They were seen posing and preening for photographers and making videos and boomerangs for the press. Walking inside the building, there was another red carpet, which had more space for people to mingle before stepping into the show area. Good thing too because plenty of time was spent outside as it ended up getting dreadfully delayed, running almost three hours late.

Time complaints aside (it feels like deja vu when reviewing events in Pakistan), the night was interspaced with some great performances. Every version of the Lux Style Awards is peppered with a series of star-based performances and comedy sketches but this year, they wanted to keep the event somber and mellow to incorporate #MeinBhi - a movement spearheaded by Frieha Altaf that encourages people to give their voice to issues. She was asked to choreograph two segments that reflected the cause and those two performances, at the beginning and end of the show were poignant and elegant.

The stage was set for the performances; it was stunning to look at with a good height and the rows of people in the audience could see properly. The show area too was spacious, well decorated in sleek Lux colours of black and gold. The opening act was a Kathak performance by UK-based, Pakistan Kathak dancer Nahid Siddiqui (who also won a Unilever Lifetime Achievement award) in collaboration with Mahira Khan who lent vocals to the Faiz Ahmed Faiz’s classic ‘Bol kay lab azaad hain tere’. It was a visually beautiful and meaningful presentation in light of #MeinBhi. This was followed by a dance act on A.R. Rahman’s Gurus of Peace featuring Ahsan Khan and Amna Ilyas who were joined onstage by a group of children. This act was choreographed by Wahab Shah and was quite a befitting opening to the event. It was a lovely performance but did it belong on this stage? Unfortunately not.

The two performances quickly cut to the witty banter of the hosts Ahmed Ali Butt and Vasay Chaudhry and the rap song that Butt had written. This made us realize a glaring disconnect because somber performances cutting to scripted humour felt a little out of place.

This awkwardness could be summed up in the one moment that rape-survivor Mukhtaran Mai was asked to give Frieha Altaf her Lifetime Achievement Award for Fashion, an industry that Frieha has dedicated her life to. It would have made sense if Mai were awarding her for a lifetime dedicated to social causes but such is not the case and the situation was all too odd.

This brings us to question – what is an award show that takes up a cause like that? If they continued with somber performances based on #MeinBhi the awards would most likely get too dry without the appeal of song and dance. Secondly, when the Golden Globe Awards, The Screen Actors Guild Awards and Baftas became de facto rallies for the Time’s Up movement in America, it seemed relevant because #MeToo has been borne out of Hollywood. Hollywood has been internally affected but there is no one in the Pakistani entertainment industry who has gone on record to say they have faced any such problems as a result of being a part of the entertainment industry so we question whether it makes sense to take up a political cause like this one at the Lux stage? Frieha has actively separated ‘Mein Bhi’ from ‘MeToo’, in that ‘Mein Bhi’ goes further than the latter as a pledge to raise your voice against social ills. However, since that segment of the show is being publicized across social media as #CatwalkCares, it left one wishing that the cause had been taken to its own customized platform, created by Catwalk, instead of cannibalizing the LSA, a long-standing platform created to celebrate excellence and glamour.

The hosting was a mixed bag with Ahmed Ali Butt and Vasay Chaudhry delivering some of the better jokes of the night and keeping people in good spirits. Their banter with other celebrities in their ‘adaalat’ was great, with the two calling upon Mawra and Hamza Ali Abbasi and questioning them about their obsession with social media and being a sarbala at Imran Khan’s recent marriage, respectively. The Aap Ki Adalat sequence was one of the better planned comedy moments.

Butt’s spontaneous jokes, however, did take a sorry turn when the best dressed segment came up; pitting the likes of Nabila, Ainy Jaffri, Mawra Hocane, Urwa Hocane and Sajal - some of the most powerful women in the industry – against each other was in bad taste. Deciding the best dressed amongst them based on cheers from the crowd was a bit crass and awkward for those involved. In the men’s section, one didn’t know whether the category was a joke or not with names like Aimal Khan, Ali Xeeshan and Abrar ul Haq up against each other. Was the award meant to be given to the most popular among masses (Abrar), the most eccentrically dressed (Xeeshan) or really, the best dressed (Aimal)? Abrar ul Haq took home the award and left us all bewildered. Reducing Pakistan’s biggest stars and names to that level didn’t do anyone any favours, especially not to the LSAs, which are supposed to honour stars and not belittle them.

Segments of the evening hosted by Ayesha Omar and Ahmed Ali Butt and Ali Kazmi and Aamna Sheikh could not hold the audience’s interest; while the dull hosting dwindled on, we thought about all the memorable performances from the past.

Sahir Ali Bagga fortunately gave the event a much needed dose of entertainment. He had composed an original qawwali incorporating musical instruments from the region and he brought out Ali Azmat, Pakistan’s original rock star to perform. His was a high-octane and fantastic performance that left one wishing that there was more where that came from. A jugalbandi unraveled on stage and it is this kind of original and uplifting content that made one realize what the LSAs should have stood for. The closing sequence was the ‘Mein Bhi’ song, which featured over 32 musicians and artists and a 40-piece orchestra recreating Shehzad Roy’s song ‘Kya Darta Hai’ and it was put together very well but again, it left one confused at its relevance. One has seen the LSAs create larger than life montages and medleys honouring legendary performers like Naheed Akhter, Runa Laila, Nazia Hassan etc and honestly, those felt more suited to the platform. This finale performance brought out various activists who stood for causes of human rights along with victims who have been subjected to various kinds of abuse that the movement stands for. As an isolated segment it looked good but again, as part of an awards show created to honour actors, performers, musicians, fashion designers etc, it felt like an unfair imposition.

Coming back to the awards, most of them were expected and others were surprising, but one has to say, at the end of it all, that the voting process, if anything, must be rethought out. There was uproar over Mahira Khan’s award for Best Actor (female) for Verna; people felt Mehwish Hayat deserved it for Punjab Nahi Jaungi. There was also social media frenzy over Nauman Ijaz losing to Ahad Raza Mir for Best Actor in a Drama. What people don’t understand is that these are Viewer’s Choice Awards, monitored by auditors and tabulated in a scientific, fool proof way.

Mahira and Ahad had the vote of the people, they have a larger fandom, which is why they won, not to imply that their acting skills were insufficient in any way. Perhaps the LSAs should extend major categories to Critical and Popular Awards. One is reminded of the year when Ayesha Omar won the award for Best Album in 2013 (also a Viewer’s Choice Award); her famed drama Bulbulay was at its peak at that time, which is why she won. It would be best for Lux to reevaluate the voting mechanism and make it public: either let fans decide on nominees and winners all the way or let only the jury members decide. Teetering between the two causes confusion and unnecessary controversy.

The absence of some of Pakistan’s biggest stars was also conspicuous: Fawad Khan, Ali Zafar, Atif Aslam and even nominees Saba Qamar and Mehwish Hayat along with Lux girl Maya Ali were all absent. It seemed that the show was riding upon Mahira’s star power – from the opening to the act to the performance with Ahsan Khan, then Mahira in the kachehri sequence, then on the presenter’s platform and finally Mahira winning the award. This was Mahira’s evening, which we’re all too happy about, but then wonder who will carry the show when her contract with Lux expires.

It’s time for Lux to take responsibility of being Pakistan’s oldest contemporary award show and own up to the one strong identity that it intends for itself. Over the years the event has oscillated between a grand show, a photo op, a press conference to a high tea etc. Now in its 17th year, it’s definitely Pakistan’s most anticipated and credible platform but it is suffering from a personality disorder, which it needs to be treated for. This year was dedicated to a social cause, but it is unclear whether this is now the path the LSAs will tread or was this a one-off strategy. Personally, one would not want to see the country’s most prestigious and glamorous event take an NGO route because that’s not the USP it started out with. We need to see the LSAs get bigger and brighter and that can only happen with a clear vision of what is intended for them. 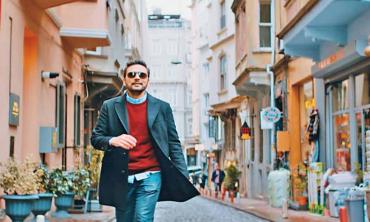 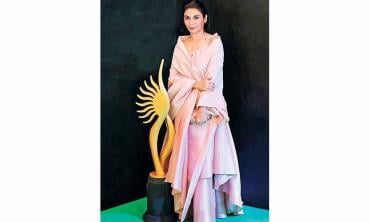