Literature in the time of festivals 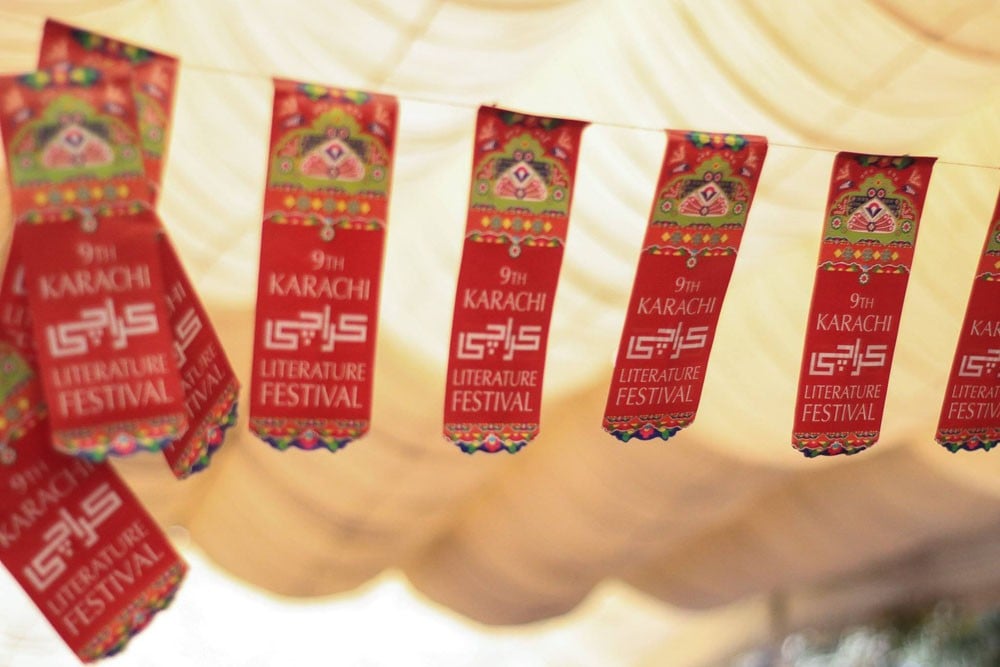 It all began with the inaugural Karachi Literature Festival (KLF) in 2010 and now Pakistan has experience of literature festivals in most of its major cities -- Karachi, Lahore, Islamabad, Faisalabad, Multan, and Hyderabad. It is still too soon to tell what impact this may have had on our literature, especially literature which has deep roots and a long history in the region.

During the initial period, the focus of the festivals was mainly on English and Urdu fiction, with other languages, such as Punjabi, Sindhi, or Pashto being lucky to receive even a token representation in the early days (festivals with a more region-specific identity and focus, such as the Sindh Literature Festival are a more recent advent).

The KLF has on the whole been able to devote more meaningful space to Urdu literature than the Lahore Literary Festival (LLF) has tried to do. However, it seems improbable to speak of the two forums as making any significant impact on the production or circulation of Urdu literature in the country. After all, they have hardly made this a serious part of their programming goals.

The purpose of our literary festivals was perhaps less to promote literature than to provide a space for the celebration, discussion and ‘display’ of liberal ideas. Not for nothing does the foreign press pick up the presence of such festivals as a ray of light in a dark Pakistan.

On its best days, Urdu literature is treated more as a tourist attraction at these festivals -- it is enough that it has a presence and representation. Serious and critical engagement with issues in Urdu writing and publishing continues to be the preserve of forums other than literature festivals in Pakistan. At forums like the KLF and LLF, opportunities to introduce fresh writers to the festival audience have been few and far between, and the space at sessions and mushairas has overwhelmingly been dominated by hoary-haired veterans who have already made their name in better times.

English writing is a different matter. Here, the contribution of the Lit-Fest may be accounted to be much more significant. The festivals bring ‘home’ a number of Pakistani diasporic writers who have built up a following abroad but were previously little known to audiences in their country.

Since there is no major publishing scene for English literature in Pakistan, festivals can provide locally-based aspiring writers useful opportunities to interact with established writers and discuss publishing opportunities and aspects of the writing craft. There are a number of factors behind the recent proliferation of English writing from within Pakistan and the celebration of Pakistani English fiction at our literature festivals can be held to be one of the factors encouraging more and more Pakistani writers to come forward with their work.

That said, there can definitely be more structured methods at these forums to highlight emergent talent on a well-thought-out, democratic and consistent basis. There should ideally be a mechanism which goes beyond a reliance on chance networking encounters.

Perhaps this evidence of limited attention paid towards promoting new kinds of literary endeavour in fiction can be taken to reflect on the Lit-Fest model we are inheriting and fostering. The past two decades have seen an unparalleled proliferation of literature festivals across the world. In Britain (the country of origin of the Lit-Fest) alone, there are now over 350 such festivals annually. This increase in numbers has unsurprisingly been accompanied by a wide global perception that the literature festival has become increasingly commercialised and no longer serves its initial purpose of celebrating and promoting literary endeavour, particularly with regard to fiction.

Partly due to the involvement of corporate sponsors who are interested to see a rise in attendance figures in the audience, festival organisers all over the world have sought to make literature festivals more sustainable and less niche by broadening the scope of discussion to more general issues of public and media interest.

Literary discussions increasingly represent a smaller segment of programming and more and more we see political activists, public intellectuals, historians, food writers, media personalities, and even mainstream film and television celebrities form the more popular panels at major literature festivals. It is not surprising then that Jaipur, the largest free literature festival in the world, is marketed as ‘The Greatest Literary Show on Earth’ [emphasis mine].

Literature festivals might start out from literature but they are increasingly imagined as providing a public space not just for audiences to get to know more about literary figures better but for literary figures to posit themselves as public intellectuals with views about politics and society. It is also a space where all kinds of other public intellectuals come together to participate in and create a valuable space for the exchange of liberal-left ideas.

This approach to the Lit-Fest helps explain the direction in which Pakistan’s literature festivals have been evolving. In the Sindh Literature Festival last year in Karachi, there was an amazingly small presence of writers and the programme was dominated by politicians, activists, journalists, and consular officials. This goes to show what audiences may be seeking from literature festivals and the kind of space that festival organisers may see most urgent need to create.

The purpose of our literary festivals was perhaps less to promote literature than to provide a space for the celebration, discussion and ‘display’ of liberal ideas. Not for nothing does the foreign press pick up the presence of such festivals as a ray of light in a dark Pakistan. After all, the festivals are deliberately projected that way. Hence, it should not be matter of surprise if panels on politics, foreign policy and political history seem increasingly to form the highlight of our festivals, particularly when we lack a booming publishing industry, perhaps in any language.

It is interesting to see too that festivals in our region follow a similar plan in choice of themes -- a bit of spirituality, literature, publishing, local architecture, histories of the left, and discussion of political rights.

Our choice of sponsors for our literature festivals also reflects a global trend -- media houses, multinationals, a few local banks and other corporations, and, very importantly for poor countries like Pakistan, foreign consulates.

No doubt, the last does impact the choice of themes and the tenor of discussion at festivals such as ours. This is while appreciating the space and opportunities provided by the major literature festivals in this country, it is important to talk of alternative and parallel festivals, as we see all over Britain and as we have seen with the launch of the Parallel Literature Festival in Jaipur in India in order to create more diversified spaces with alternate roles and functions and more rooted in local, and even neighbourhood, communities as we have seen elsewhere in the world.

Literature in the time of festivals