There’s turmoil in the MQM-Pakistan. Is it a fight for the Senate seats or a leadership battle? 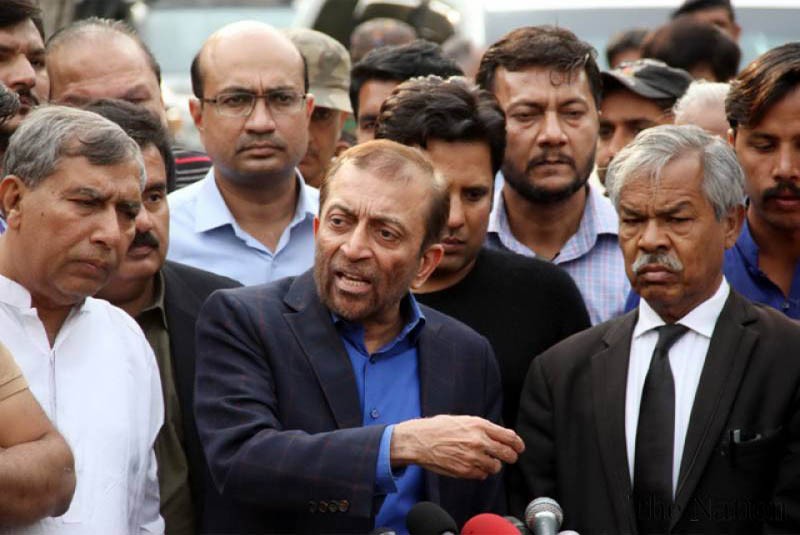 Once considered the most organised political party of Pakistan, Muttahida Qaumi Movement (MQM) today has been divided into five different factions.

The first breakaway faction appeared during the Karachi operation in early 1990s, when two of the closest confidantes of MQM Chief, Altaf Hussain, Afaq Ahmed and Aamir Khan, announced the formation of MQM-Haqiqi. But the MQM-Haqiqi failed to attract the Urdu-speaking vote.

After 23 years, two diehard members of the MQM -- former Karachi Nazim, Syed Mustafa Kamal, along with former Deputy Convener of Coordination Committee, Anees Qaimkhani -- detracted, and announced the formation of Pak SarZameen Party (PSP). They landed in Karachi after several years abroad on March 3, 2016. On return, at a crowded press conference, they levelled serious allegations against Altaf Hussain.

In a little less than two years, parliamentarians who joined the PSP claim to have captured mass support.

But the upcoming general elections, experts say, will be the real test of the party.

Journalist Riaz Ajiz, while explaining the recent political mess, says that there is a lack of trust between the MQM cadre, "there will be more fragmentation in the party. It will become difficult for the voters to choose their candidates".

On August 22, 2016, Hussain’s hate speech put his party in trouble. The then Senior Deputy Convener of MQM, Dr Farooq Sattar, and other leaders were picked up by Sindh Rangers. After their release the following day on August 23, Sattar held a historic presser at the Karachi Press Club, and announced to cut ties with his self-exiled leader, Altaf Hussain, and became the head of MQM-Pakistan.

A famous gold trader turned politician, Kamran Tessori, joined the MQM-Pakistan in February last year. Tessori knew Sattar from before. The MQM-P nominated him for the by-elections of provincial assembly seat PS-114 which he lost to PPP leader Saeed Ghani.

Other party leaders resented Kamran Tessori’s induction into the MQM Coordination Committee, the highest forum of the party. Later, he was moved to the post of deputy convener of the committee.

The infighting within Karachi’s largest party, MQM-P, became street talk when the coordination committee held a media briefing on February 5 in Bahadurabad where Deputy Convener, Dr Khalid Maqbool Siddiqui, along with other leaders, suspended Tessori’s party membership for six months. In response, the MQM-P Convener Dr Farooq Sattar suspended the coordination committee members that had participated in the media talk.

On February 11, Bahadurabad expelled Dr Farooq Sattar from the post of convener and Dr Khalid Maqbool Siddiqui was appointed as the convener of MQM-P.

"It is a very sorry situation for the MQM. In the past, whenever the party underwent crisis, the leadership remained intact. But, now, the situation is quite complex and the house is not in order," says analyst Amir Zia.

The differences started emerging in the MQM-P leadership when the party constitution was submitted to the Election Commission of Pakistan in October last year. A copy of the constitution that is available with TNS gives ultimate and unlimited powers to the party convener.

According to party insiders, the constitution was secretly amended before it was submitted to the ECP. It entrusted the convener with veto power -- to turn down any decision taken by any committee or forum of the party; his decision to be final and binding on members of the party; where he may terminate or suspend membership of any party member. He may declare the party election "null and void" any time.

It is said that Dr Farooq Sattar, along with Kamran Tessori, secretly met with Dr Farogh Naseem and amended the constitution. When the matter came before the coordination committee, the amendments were objected to. The changes however were reverted to on November 31 last year and an amended copy was submitted to the ECP on January 1, this year.

The final changes returned the powers to the coordination committee. However, in case of absence of the convener, the constitution allowed the senior deputy convener to act as acting convener, to deal with matters related to the political and electoral exercise. Interestingly, the document bore the signature of Dr Farooq Sattar.

In the midst of this crisis, both the camps have fielded separate candidates for the senate elections, and surprisingly, the ECP officials have accepted the nomination papers.

Therefore, because of the MQM-P, a constitutional crisis in Pakistan is ought to emerge.

"It’s up to the ECP officials how they interpret the constitution of MQM-P," says a former official of the Commission.

There are apprehensions that the party infighting may reach the court. But the decision is yet to be taken.

Rumours of vote trading for the Senate election are rife in Karachi, and that a few political figures have been assigned the job to "get" the required number for Senate seats. The deal is being finalised in millions. MQM MNA Shaikh Salahudin alleged on the media that a political party is offering hefty amounts to MPAs for vote trading.

Journalist Riaz Ajiz, while explaining the recent political mess, says that there is a lack of trust between the MQM cadre, "there will be more fragmentation in the party. It will become difficult for the voters to choose their candidates".

He adds, "The entire episode is engineered. The establishment wanted to corner the MQM-London and they have been successful. Altaf Hussain never allowed anyone to be a leader. It was fear factor that kept all of them intact and that aura has been vaporised, resulting in the debacle of the MQM".