Though Sindh is the only province to develop and implement a Costed Implementation Plan on family planning, it is yet to manage its affairs efficiently to check rising population 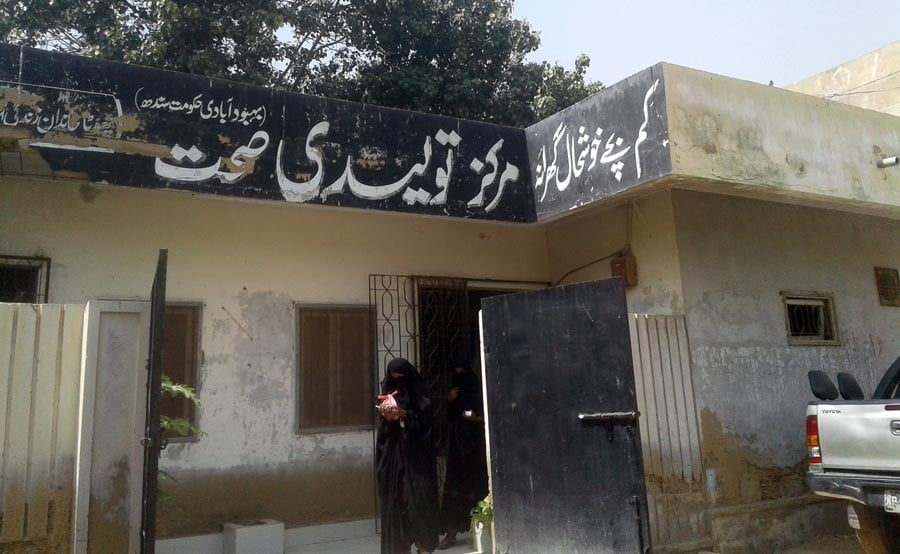 Naseema Bano, a housemaid working in Landhi in the port city of Karachi, with five children, the youngest being just two, became pregnant for the sixth time. Finding no other option, as her husband would not use any protection or allow her to use one either, she decided to terminate the pregnancy. After she recovered from the abortion, she visited the Population Welfare Department’s Family Welfare Centre (FWC) near her residence in Landhi town to find out about long-term family planning (FP) methods as she didn’t want more children, at least not in the near future. Desperate and willing, she would have been the perfect client had there been someone at the centre to provide her with a method she felt comfortable with. Unfortunately, the centre’s incharge was on leave that day, and thus Bano left without any FP.

She is among 22 per cent of married women in Sindh who want to postpone their next birth or stop childbearing altogether but are not using contraception. Research in 2015 (Guttmacher, 2015) found that 62 per cent of unintended pregnancies in Sindh resulted in unsafe abortions -- the second highest rate in all of Pakistan. By reducing the risk of unintended pregnancies and unplanned births, FP can help avert unsafe abortions and can boost reproductive health of women. Many women rely on FWCs for this service, but experiences such as Bano had can disrupt access to FP and lead to unwanted pregnancy.

By reducing the risk of unintended pregnancies and unplanned births, family planning can help avert unsafe abortions and can boost reproductive health of women.

Ideally, a PWD’s Family Welfare Centre should have a five-member staff comprising a family welfare councilor or family welfare worker (Incharge), family welfare worker (one male and female each also called mobilisers or motivators whose job is to go in the field), Helper (aya) and a chowkidar (watchman). Unfortunately, the three facilities this scribe visited in Landhi, Korangi and Ibrahim Hyderi didn’t have the required strength of staff, mostly because some staff members who are on the payroll of these centres don’t come to work. The centres are supposed to be open 9.00 am to 1.00 pm, but most of the staff members leave earlier.

Other issues included absence of staff, location of the centres, security and sometimes delays in supplies and the most important awareness about FP methods among women. These centres provide short-term and long-term FP services.

According to Dr Laila Shah, Director Sukh Initiative, "In recent years, methods of long-acting reversible contraception (LARC), which includes intrauterine device (IUD) and the birth control implant are getting popular. Unlike irreversible methods, IUD and the implants are the most effective forms of reversible birth control available. These are easy to insert and remove whenever a woman decides to get pregnant again. During the first year of typical use, less than one in 100 women using an IUD or an implant will become pregnant." She added that insertion of LARCs immediately after birth or an abortion can improve a woman’s health.

"If LARC is taken immediately after abortion, it prevents repeated abortions among women. Similarly, LARC uptake immediately after birth, brings an overall improvement in the health of the mother," informs Dr Shah.

The FWC in Landhi, where Bano went, luckily is close to the outpatient department (OPD) of the Maternal and Child Health (MCH) centre. Renovated recently and adorned with informative FP brochures plastered on freshly painted walls, the centre is frequented by people from the surrounding area. Working with one FWC (Incharge), one FWA (Aya), one male motivator, the Incharge of the FWC was absent at the time of the visit. The FWA who has been working here for four years said: "10-12 patients come daily at the centre, usually for advice. Besides we also have a camp every Tuesday. Women usually favour implants, injectable and pills. Patients using implants come with complications of heavy bleeding and they insist on removing it. The removal facility is only available on Tuesday."

The lady health visitor sitting at the outpatient desk said 10 to 20 babies are delivered at the centre each month. "Women who already have three or four children ask for FP, and staff tries to engage women pregnant for the first time to space their second child. They usually seek advice from husbands and mothers-in-law," the lady health worker said, but added, that "often young women who definitely want to space their birth come with their mother or sister, without the knowledge of their in-laws."

Talking about males’ attitude towards FP methods, the male motivator of the centre, said: "Males are very hard to convince. They avoid FP, with no reason except that males should not use. Religion is not an issue with them. Some of them are ready to use condom but not any irreversible methods," While smiling he quipped, "Probably they know they can marry another woman, and in case they use irreversible method, they will have no chance of more children with the second wife."

Department of Health (DoH)’s Mother and Child Health centre (MCH) in Korangi 2½, which previously was working as a general OPD dispensary, now has started antenatal visits after a female gynecologist, Dr Surriya Jabeen, was posted by the DoH there in June 2017. The one-room Family Welfare Centre in the MCH has a five-member staff including one FWC, one male and female assistant, one helper (aya) and one watchman. LHV who was trained as FP counsellor as part of shifting task, attends antenatal patients as well as advises women on FP. "Usually 2-4 patients visit here for antenatal care and 5-7 clients come daily for FP services, while IUCD and implant removal cases, with complaint of heavy bleeding, also visit the facility. We remove IUCD here while refer the patients of implant removal to Ibrahim Hyderi centre."

"Often some patients come with their male members who threaten us to remove implants. On such occasions, it is difficult to convince them that heavy bleeding will settle with time," says Dr Jabeen.

It is equipped with an Operation Theatre (OT) and an insertion room. Each RHS-A centre should have 11 staff members, but the centre is working with only five staff members including a doctor, a counsellor, one technician, one helper and one sweeper. Located in a dilapidated building, the centre is outside the boundary wall of the main hospital building.

A service provider attends 8-10 clients daily, of which 4-5 are implant removal cases from the MCH centres of Korangi and Landhi, and also from camps established at hospitals at Korangi Creek, Rehri Goth and Kohi Goth, the suburbs of Karachi. Most of the removals are of Jadelle implants, which have more side effects than the other methods, said the service provider. The centre follows the timings of hospital, as keeping the centre open beyond that time will pose security risk for the centre’s female staff.

The absenteeism of Family Welfare Worker (or motivators) may cause increasing unmet need of FP, as potential FP clients coming for antenatal visit can be missed out in such scenarios.

Responding to the deficiencies presented in the existing FWCs of Karachi, Dr Azra Fazal Pechuho said: "Those centres which pose any kind of risk in term of their infrastructure or security can be shifted to some better places. And we will do it in case of Ibrahim Hyderi."

"Post-pregnancy family planning (PPFP) counselling is only possible when the centres are established close to the labour rooms and a motivator is present round-the-clock, as the deliveries are done 24/7, while population welfare staff goes home around 3 o’clock," says Dr Laila. She added that a woman can become pregnant again as early 20 days after her delivery and eight days after her abortion. Family planning counselling after delivery helps a woman space her next pregnancy. She also suggests engaging male gynecologists and other doctors for counselling on FP.

Pakistan is a signatory to the FP 2020 summit, held in London in 2012 where it made a commitment to develop and implement a Costed Implementation Plan (CIP) on FP in the country. Since health laws and policies now come under the purview of the provincial government after the passage of the 18th Constitutional Amendment, in 2010, each province was to come up with its own plan. So far Sindh is the only province that developed a CIP.

Sindh’s CIP calls for easy access to information and quality FP services and reproductive healthcare for all citizens. The basic objective of this plan is to enhance the percentage of women of reproductive age who are using (or whose partner is using) at least one contraceptive method. In 2015, about 30 per cent of women of reproductive age used contraception, but Sindh officials want to increase that to 45 per cent by 2020. The CIP also lays out plans to lower the fertility rate in the province from 3.9 children per woman in 2013 to three children per woman in 2020.

As Pakistan’s second most populous province with nearly 48 million people, Sindh’s population is projected to rise to 50 million by 2020 if the current fertility rate continues. Since 2000, contraceptive use among Sindh women has remained steady around 30 per cent with only 24 per cent using modern contraceptive methods, which are more effective than traditional methods.

According to Dr Talib Lashari, Technical Advisor CIP, Population Welfare Department Sindh, "Between 2012-17, 370 new family welfare centres, and 4,000 new jobs for delivery of FP services, have been created." He also said the department’s budget has increased ten-fold since 2011-12. He is hopeful that though it’s a big challenge for the Sindh province to meet the commitments made at FP 2020 summit in 2012, the pace of work is a positive sign towards the success of this programme. "The best thing is that the much needed political commitment is there," he concluded.