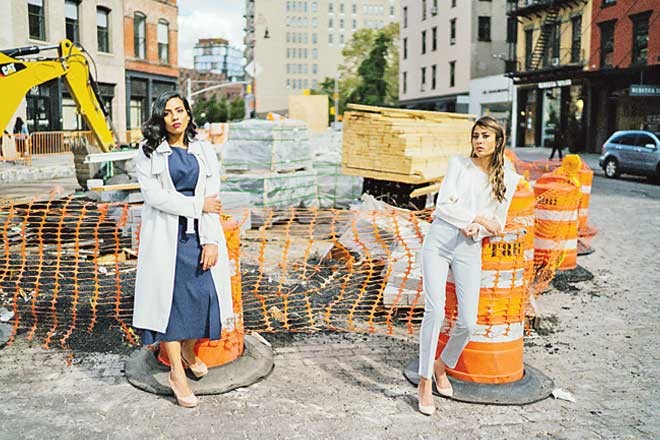 For decades, skin-bleaching creams like Fair & Lovely and Fair & Handsome have been marketed to South Asian men and women telling them lighter skin would make them more beautiful, more successful and even help them get married. Unfair and Ugly, a new show centered around a South Asian Muslim family in California is trying to challenge this notion, as well as other problematic norms in desi communities.

Created by two women from California, Nida Chowdhry, 30, a first-generation Pakistani American and Yumna Khan, 24, a first generation Indian American – the six-episode "dramedy" tackles all things taboo in Muslim South Asian culture including the stigma of mental illness, racism, and the pressure to get married (to a South Asian). The show explores how immigrant families must often reckon dueling identities as well as how cultural and generational gaps between parents and children can impact family dynamics.

In the United States, 22.5 per cent of children were born to immigrant parents in 2014. This means almost a quarter of children born in America are growing up in a different country to their parents’, presumably dealing with the same cultural gap that Nida and Yumna try to highlight in their series. But the show is not just for the South Asian communities. Nida and Yumna believe that the themes and storylines in the show are universal and relatable to everyone.

Nida, who writes the show and Yumna, who produces it are encouraged by the mainstream success of other South Asians in Hollywood, people like Mindy Kaling, Hasan Minhaj, Aziz Ansari and Kumail Nanjiani who have been able to tell their own stories, many times on their own terms. Artists who have established that South Asian characters can play roles other than terrorist, silent cab driver, nerdy IT guy and/or a doctor making a cameo. But perhaps, more importantly for networks and production companies, these actors who have demonstrated that diverse voices can be commercially viable, even profitable.

"I grew up in Orange County and have always been impacted by media representation. By the time I was in college, I knew I wanted to create entertainment with more black and brown families with multi-dimensional characters, especially female characters," Nida said in a phone interview.

Wanting to take control of their own narrative, Nida and Yumna quit their jobs and started a production company, Stranger Magic Productions. The pair raised almost $39,000 USD for the show through a vigorous social media and crowd funding campaign. The show’s concept trailer has been viewed 1.2 million times across all social media platforms and the show will launch mid 2018.

"The digital landscape has really made things more accessible. Mental health and racism are such taboo topics in our immigrant communities. We wanted to address these issues so we can start to build conversations around them," Yumna told Instep.

For Yumna and Nida, creating authentic characters meant highlighting their flaws. The storylines are often nuanced and messy, reflective of real people and actual situations that often take place in South Asian and other immigrant communities. The pair hopes the show will reach Pakistani audiences.

"I totally watched Indian and Pakistani dramas while growing up and I can see those audiences relating to our diasporic characters," Nida concluded.