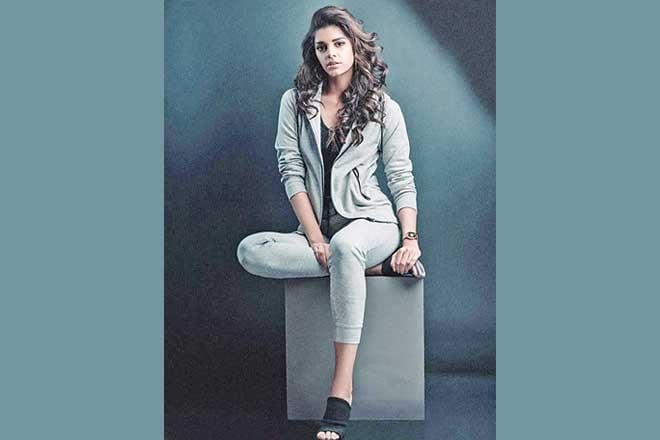 Sanam Saeed comes across as somebody who’s articulate, forthcoming, composed and incredibly focused on her work. She epitomizes the fun and fearless female role model and has carved her own career path, on her own terms. Never one to run after commercially popular formulas, Sanam’s career has been erratic in terms of ‘success’ as we know it but immensely successful if measured in terms of sincerity to the craft of performance.

2016 was a big year for her, particularly at the movies. She was seen playing titular characters in four films and one serial. Last year, Sanam decided to dedicate most of her time to theatre; she took the lead in an adaptation of the classic folk tale, Heer Ranjha, and played three characters in the local reproduction of Broadway’s spoof of Alfred Hitchcock’s The 39 Steps.

This year, Sanam will be seen in Sarmad Khoosat’s seven-episode series titled Akhri Station and then on the big screen with Rehan Sheikh’s Azad and debutant director/writer, Asim Abbasi’s highly-anticipated Cake. In conversation with Instep, Sanam opened up about being unpredictable with her choices and more.

"I, for one, don’t have a formula," she stated with absolute clarity. "I just need something that speaks to me. I have to feel something; I have to be excited when I read the script and I want to play the character, or I really want to be a part of a certain project, or I believe in the message and how it’s portrayed."

"Which is why I haven’t been a part of TV lately," she continued, highlighting the lack of innovation and pragmatism on the small screen. "So far whatever I’ve been offered does not contain the message I want to give out and sometimes I get typecast in always playing certain kind of roles, and so when I move away from those to slightly more light-hearted, fun, fluffy or glamorous roles, I don’t seem to enjoy them so much. There were a couple of dramas which I did because I feel it’s important to have variety and to constantly challenge yourself," Saeed maintained, before adding, "I’m reading a very powerful script right now, but I’m struggling with the becharapan."

For an actor with such strong opinions on the way women are portrayed on TV and film, it is very surprising to know that Sanam doesn’t affiliate herself with feminism. Contrary to her off and on-screen disposition, at multiple occasions, most prominently at the Lux Style Awards 2016, Sanam said that she thought of the feminist movement as terribly "overrated." When one questions her of her unexpected response, she blames the frequent extremist mix-ups between being a flag-bearer of women’s liberation or misandry.

"It depends; it has to be taken in context. By nature, I think any woman who fights for her rights and demands equality in terms of how she’s treated is a feminist. However, when you call yourself a feminist, you are immediately conceived as a man-hater, and in those circumstances and situations if you’re asked, and if I must be labeled, then I’m not," she explains. "I do, as you’ve seen in my work and generally, speak up for women and I do believe that when women are not given their fair share, then it is about time to change that."

We continue to speak of her range and techniques and Sanam says she finds it extremely important for her to relate with the characters she takes up in order to make her portrayals more believable. "To give a realistic performance, there’s always a bit of you in your characters. That’s the difference between a heartfelt performance and just a performance maybe," she says. "Even in my work, sometimes when it hasn’t been my best performance, it’s mainly because I just really did not relate to that particular character, and I did the play for other reasons, you know, to change it up a little, challenge myself, but I really wasn’t connecting with the character."

We’ve seen Sanam play a vamp quite effectively; how did she respond to characters that might threaten her morals?

"A woman who plays a vamp doesn’t go against my morals," she is quick to respond, "What goes against my morals is teaching the incorrect message or highlighting them in a positive or glamorous light, for instance glorifying abusive women or encouraging unfair behavior."

"A vamp is a confident, sassy woman," she added. "It’s a very difficult task to write villainous characters so well that they become the crux of the story. I wait for the day when someone writes a great female villain character like that. Kadoorat was nothing that I approve of, but I don’t mind playing villains at all. I started my career with Daam by playing a villainous character as well."

Cinematically, Saeed stars in Asim Abbasi’s Cake that brings us a fascinating milieu of emotions and characters, slated to come out this spring. The film also features Aamina Sheikh and Adnan Malik, along with Mikaal Zulfiqar, Mohammad Ahmad and Beo Rana in supporting roles. Cake has been taking an extremely fresh approach to filmmaking but does that promise an impressive box-office turnout?

"When I read Cake, it was just so emotionally touching and deep, and so relevant and familiar that it was simply beautiful," Sanam expressed with great joy and eagerness. "A reporter asked me once why my films are not box-office successes, and all I had to say was that when did I ever work for the box office? I work for myself. I want to do projects which I enjoy getting up for everyday, I am proud of and not ashamed or embarrassed for being a part of."

With a refreshing aesthetic and a seemingly well-structured narrative, Cake also contributes to providing better, well-rounded female characters. Very little is known about the plot but one wonders if Cake is a step closer to getting rid of women used only as eye candy on the silver screen.

"Cinema is a male-medium, and television is a female-medium, so characters for women in film will always be kind of sidelined and men will have a greater role to play because that’s how it is everywhere, I think," Sanam reflects on the industry dynamic. "There are some female-centric films that don’t work and that’s because men watch films, they take their wives and families to the cinemas, whereas, mostly women watch television at their homes. I don’t know if we could fight for better female roles in cinema, but we can try and there are writers like Asim."

What was it like working with a first-time director? "It’s the best experience I’ve ever had. I don’t think there’s a better director I’ve ever worked with," Sanam contentedly stated. "He was very intuitive with all of us, he knew exactly what our weak points were, whether it was acting or using too much eyebrows, or whatever our safe-zones were. Asim made us challenge and push ourselves further, and not act, but feel and connect with our characters. That way, we lived through each moment and each scene."

We look forward to the release of Cake on the 30th of March, optimistic that it won’t disappoint. 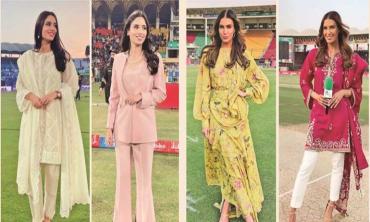 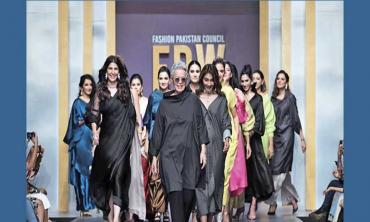 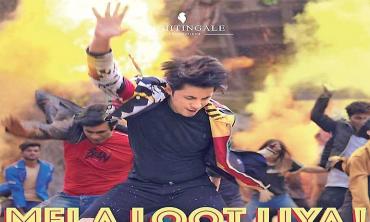