Only trained psychologists should practice counselling, and that too, under supervision for at least one or two years 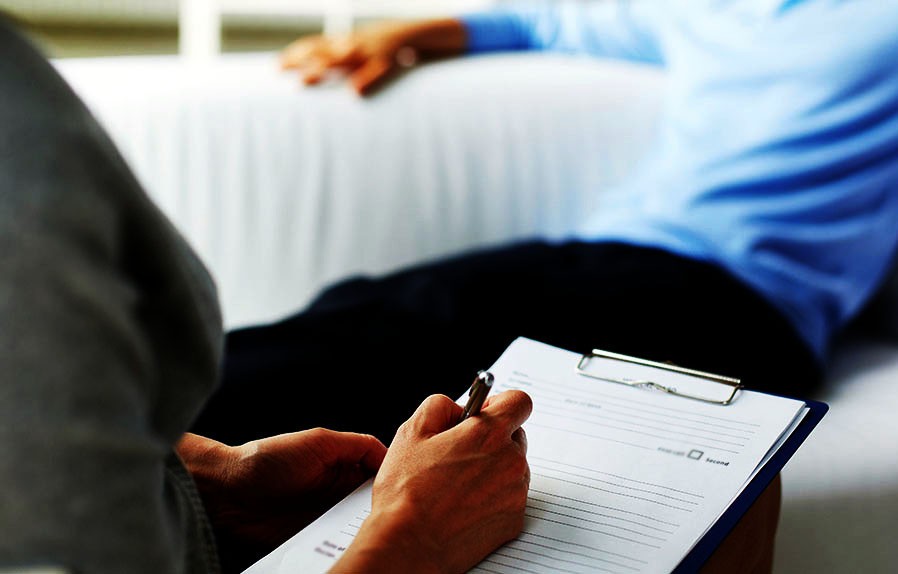 "Mahir-e-nafsiyaat. Tamaam mushkilaat ka hal chutkiyo’n mein," reads the advertisement poster of a "Baba Jee" on a wall in a busy street inside the Walled City.

An addition to this is a type of quacks who claim to be clinical psychologists whereas they’ve actually only done simple MA or MPhil. But the name plates outside their so-called ‘clinics’ says "motivational speaker" elevated to the status of "psycho-educationist" and/or "psychotherapist." This type is abundantly found, and how.

In Pakistan, the mental health activists are already fighting against the taboos found in our society regarding mental ailments, and also striving to establish a standard system in which the quacks and underqualified psychological practitioners would be filtered out, thereby helping to enhance the quality of psychotherapy and regularising the field of mental health and psychological services in Pakistan. It is often very difficult to tell as to who is the genuine psychotherapist.

Absence of a proper council has also led to another void in the field of psychology -- i.e. accreditation of institutes and organisations imparting psychological education.

Experts are of the view that one bad experience of psychotherapy can leave lifetime effects on the client. Counselling is a skilled art, and only trained psychologists should practice it, and that too, under supervision for at least one or two years.

For the purpose, a bill was moved in the National Assembly by MNA Riaz Fatyana, the then president of PPA. The bill was passed from the assembly and, later, the Senate as well. However, it was sent back to the NA for further improvement of a few clauses. Meanwhile, the assembly was dissolved and surprisingly, the Senate declared it null and void.

Fatyana emphasised on the dire need of the time to set up a world class psychological council in Pakistan to regulate, improve and maintain the quality of psychologists being trained and produced, provide a code of conduct to the professionals, integrate academic and research information, and support professionals in the field to meet international standards. He lamented that biosciences, engineering, and even ‘Yunani’ (Greek) medicines had their respective licensing bodies but not psychology.

"One major reason behind the absence of a licensing body of psychologists is the ‘professional jealousy’ which resides between the psychiatrist and psychologists," Fatyana is quoted as saying. "The major opposition that we faced in the Senate while presenting the bill was from the ‘lobby’ of psychiatrists. They purposely delayed the processing of the bill so that they could reject it once the assembly got dissolved."

When inquired from the Punjab Healthcare Commission (PHC) about the licensing body of psychologists, Dr Aniz Ahmad Qureshi, the director of Clinical Governance, confirmed that there is no standard procedure to keep a check on the ethical considerations, professional education and training of psychologists.

He stated, "You don’t need a license to do ‘tableegh,’ do you? Then why should you want a license for the psychologists? All they have to do is talk with the patient. They are not going to prescribe medications anyway.

"Laws of Pakistan never allow any psychologist to practice independently," he continued. "They can only work under some licensed psychiatrists and provide counselling to their patients, when needed. So the question of establishing a council for psychologists is baseless, in the first place."

Qureshi said that the PHC didn’t engage any psychologist, "However, there’s a team of 25 psychiatrists and psychologists that they consult whenever required."

Absence of a proper council has also led to another void in the field of psychology -- i.e. accreditation of institutes and organisations imparting psychological education. Kinza Sultan, a student of psychology, believes that the problem isn’t simple: "Students usually come into the field [of psychology] after their intermediate, thinking that it’s like MBBS, all about diagnosis and treatment. But once they enter the field, they encounter a whole new world where only confusion prevails. Neither do they understand the nature of their degrees (applied or clinical) nor the scope of the subjects being taught. It is also a mistake on the part of the teachers; they should clearly explain the utility and relation of every subject with the status of their degree. But the teachers are not clear themselves."

According to Sultan, "Because of the absence of a council, no two universities or teachers are on the same page regarding what should be taught to the students. There’s no check on the quality of education being imparted."