Of murky coup and succession

Amidst the sudden change in the Balochistan government, different theories are being presented on how and why it happened 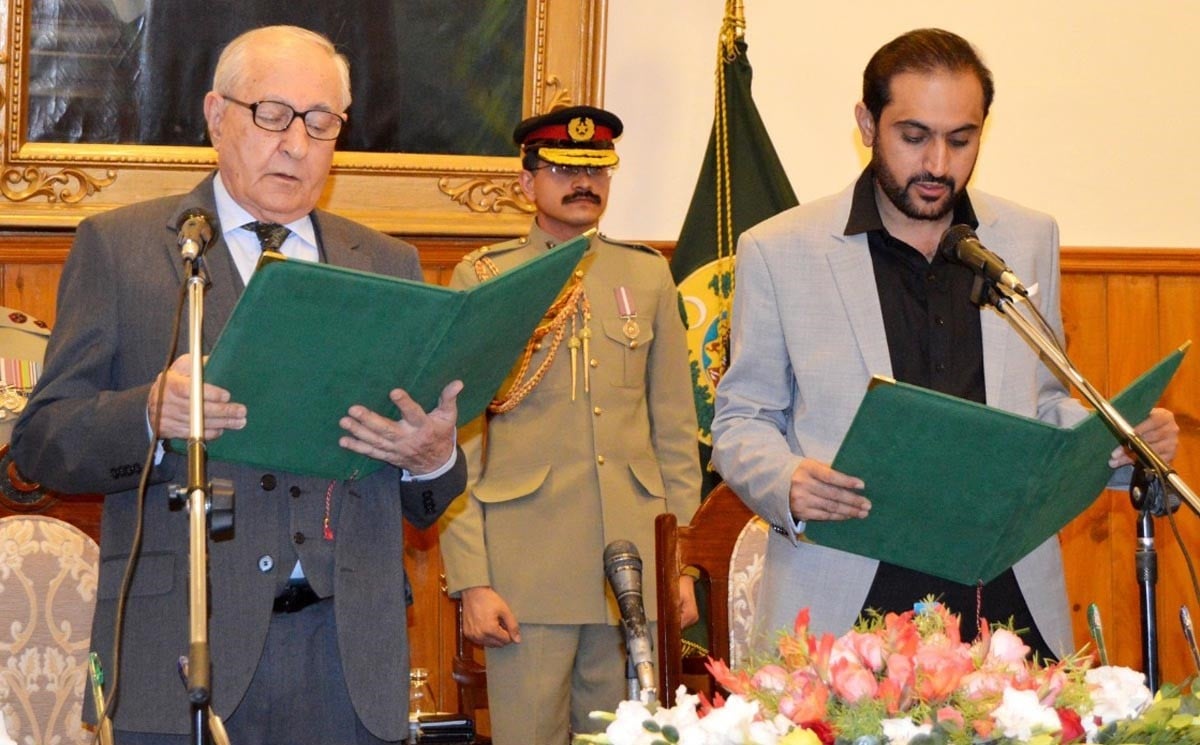 It’s the first day of the year 2018 and cabinet ministers in Balochistan are performing their routine tasks in the same way they have been performing them for the last four and a half years. Everything is normal in terms of political stability and everyone is looking forward to general elections later this year. Fast forward to the second week of 2018, the entire cabinet is dissolved and a new chief minister is in power in Balochistan.

This dramatic and sudden change of guard has shocked every political pundit in the country.

Long story short, dissident members of the assembly belonging to PML-N and PML-Q revolted against the erstwhile Chief Minister Nawab Sanaullah Zehri. With 43-year-old Abdul Quddus Bizenjo as their leader they presented a no-confidence motion against CM Zehri. In just a week’s time Zehri resigned, paving way for Bizenjo to become the chief minister of Balochistan. Before making a dive for the top-most office in Balochistan, Bizenjo’s claim to fame was that he was elected to the National Assembly with only 544 votes in the 2013 elections.

In Senate elections in March, there would be no holds barred for PML-N and PML-Q members. They are out of control of their party leadership and this will result in the worst horse-trading in the history of the country for Senate elections.

The opposition in the Balochistan assembly also supported the in-house coup against CM Zehri and voted for Bizenjo as the new chief minister. This sudden alliance between PML-N and PML-Q rebels raised many eyebrows.

Since the sudden change in the government, different theories are being discussed as possible causes of the unceremonious resignation of Zehri and the unexpected election of Bizenjo to the seat of the chief minister.

First is that this entire show was allegedly engineered by what’s called the mighty establishment of Pakistan. Since legislators in Balochistan are relatively easy to control, they were used to topple Zehri who was a loyalist of Nawaz Sharif. The proponents of this theory argue that the establishment orchestrated this show to prevent Sharif from getting Senate seats from Balochistan. The PML-N would have got five to six Senate seats in the forthcoming Senate elections if members had remained under the control of the leadership. Now, after the in-house coup the PML-N is not likely to win even a single Senate seat from Balochistan.

Second is that Asif Zardari, the political wizard, was supposedly the man behind the shakeup in Balochistan. It’s alleged that he spent hundreds of millions of rupees to achieve this target. Senator Qayyum Soomro, close aide of Zardari, had camped in Quetta for over two weeks during this period of crisis and is believed to have played a role in the change of government. He even travelled in the official vehicle of Bizenjo from the Balochistan assembly to the chief minister’s office, and even made Bizenjo sit on the seat of CM Balochistan. It’s believed that Zardari did these political machinations to settle scores with Sharif and also to ensure that the PPP gets some Senate seats from Balochistan from where it doesn’t even have a single member.

Moreover, a third theory is that the majority of PML-N and PML-Q members of assembly had developed strong grievances against the way Zehri was running the government. The PML-N members were ignored by Zehri when it came to deciding development projects and while taking major decisions. Ministers of Pashtunkhwa Milli Awami Party (PkMAP) enjoyed more power as compared to ministers of PML-N and this naturally made PML-N and PML-Q MPAs disgruntled. As a result they revolted and in the new cabinet PML-N members have got almost all the important ministries.

Liaquat Shahwani is an Islamabad-based analyst originally from Balochistan. He tells TNS that he agrees with the grievances theory. "The Balochistan government was hijacked by Achakzai’s party [PkMAP] and PML-N members were treated like outsiders in their own government," he says.

Shahwani claims that PkMAP cabinet ministers were the prime beneficiaries of Zehri’s government and that made the PML-N members revolt. "Why these grievances translated into a no-confidence motion suddenly is a question to be answered," he adds.

Shahzada Zulfiqar is a veteran journalist and analyst based in Balochistan. He tells TNS that the involvement of the establishment in this entire matter can’t be ruled out. He further adds that the PkMAP was all-powerful and Zehri could not address the grievances of his own partymen which contributed to the revolt in Balochistan PML-N.

Moreover, the allegations that establishment engineered the no-confidence motion or Zardari used lots of money to buy the loyalties of PML-N members can’t be proven. There’s no proof for such allegations. But still there can never be proof of such things in Pakistan. However, there are multiple people who can testify about the grievances theory behind the sudden change in government. Therefore, it can be said that PML-N members had strong grievances against Zehri which made them revolt. However, why did they chose this time when the Senate elections are at the door? The answer to this question will always remain murky.

This episode has once again given a very bad name to politicians of Balochistan who are known to change political loyalties chameleon-like. The concept of adhering to political values and standing with the political leadership of the party has been effectively torpedoed by this drama in Balochistan.

In Senate elections in March, there would be no holds barred for PML-N and PML-Q members. They are out of control of their party leadership and this will result in the worst horse-trading in the history of the country for Senate elections.

Zulfiqar agrees that historically MPAs of Balochistan have tarnished their image with horse-trading for Senate elections and this time will be no different.

Of murky coup and succession