A shared future under CPEC

Pakistan, China, and the rest of the world under CEPC -- this is the model to go forward 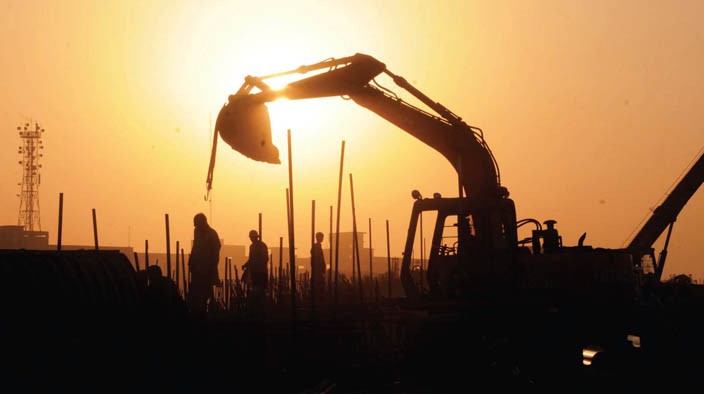 After initial hiccups, finally, there is a broader consensus in Pakistan that CPEC would create a shared future for the federating units of Pakistan. The increased flow of foreign direct investment (FDI) and completion of some of the early harvesting programmes is a good omen. However, the concept of "special economic zones" (SEZs) under CPEC umbrella has led to some murmuring, especially around the "fear of unknown" among the private sector of Pakistan.

Nine sites have been identified as SEZs under CPEC. These sites would be established in all the four provinces, federal areas, and Gilgit-Baltistan. Contrary to the federal government’s assurance that these sites would be open to domestic as well as (all) international investors, the apprehension that Pakistan’s domestic investor would be crowded out by Chinese investors keeps surfacing in the media and parliament every now and then.

While some speculate that the fate of current SEZs may be the same as that of previous many dozen industrial estates turned real estate schemes, I am of the view that the idea of establishing SEZs would bridge a major gap in Pakistan’s economic growth strategy.

As a matter of fact, industrial estates, industrial clusters, export promotion zones, and SEZs are not a new concept for Pakistan. There were almost 80 of such "exclusive sites" designated for industrial growth by successive governments of Pakistan even before the inception of CPEC. However, our experience with industrial sites remained mixed. Apart from few success stories, most of those zones proved unviable. Ostensibly established to create aggregation effect, they have been running more in the real estate mode.

While some speculate that the fate of current SEZs may be the same as that of previous many dozen industrial estates turned real estate schemes, I am of the view that the idea of establishing SEZs would bridge a major gap in Pakistan’s economic growth strategy. The gap is a direct result of our quantum leap from an agro-based economy to a (large informal uncompetitive) service-based economy where we bypassed industrialisation.

Most developed economies of today started as agro-based economies where agriculture was major contributor of their GDP. Later on, they graduated to industrialisation and then turned into a service-based economy.

The three stages of economic development have their own pre-requisites; both skilled-unskilled and literate-illiterate labour forces get absorbed in agriculture. Industries require a minimum level of skills and/or education, whereas service providers have to be either highly skilled or highly educated (and often both).

The economies of Pakistan and China were at par till 1970. Both were agrarian economies. We did take a quantum leap from agriculture to services where the share of agriculture in our GDP decreased to 19.9 per cent and that of services sector increased to almost 60 per cent in the last few decades. China opened up in 1978 and established its first special economic zone.

To me, SEZs under CPEC is an excellent opportunity for correcting the above-mentioned anomaly. However, we should keep in mind that industrialisation does not occur overnight. Lower level to high-tech industry graduation takes time and that would happen in Pakistan, too. Shenzhen special economic zone took two decades to be "Shenzen" a single zone whose GDP is much higher than that of Pakistan’s total GDP of $300 billion.

While we followed the path dependency, the Chinese have developed under a unified framework of urban and industrial development in a context of effective state support, strong governance and highly efficient work ethics. China was matching the FDI (that was coming in droves) with highly disciplined and motivated labour from the countryside. Pakistan still lacks that sort of unified model which may lead to a mismatch between CPEC opportunities and soft skills required to avail those opportunities.

The things would have been much easier if we had a strategic industrial policy in place. In the absence of such policy, we don’t have a scale to partner with China. In the context of government’s excessive borrowing from commercial banks, the banks are simply not interested in financing industry. This has led us to a scenario where our industry is scared of possible relocation of the Chinese industry in Pakistan.

However, we also need to understand and learn Chinese perspective on it. In all materiality, CPEC is such a small component of inter-continental and gigantic Belt and Road Initiative (BRI) that it is difficult to assess the pulse of Chinese thought leaders and private sector about it.

Lately, I had an opportunity to interact with Chinese academia, thought leaders, and private sector during an international seminar on CPEC in Beijing. Our hosts could easily be divided in two categories: the first group belonged to academia or were former diplomats. They had their PhDs and Masters in Urdu language from different universities of Pakistan and had a deep understanding of Pakistani cultural, religious and political values. The second group comprised private sector, with a limited exposure of Pakistan.

Both groups were of the opinion that CPEC should lead to virtuous cycles of infrastructure development leading to poverty reduction, provided Pakistan shows patience and is ready for it. While the seniors were mindful of the fact that CPEC should result in a win-win situation for both the countries, the private sector representatives were analysing CPEC as a facility under which Pakistan is availing loans under the most preferential conditions. However, there was an agreement among both of them that CPEC would be an important success story of BRI so it ought to be successful.

Looking at CPEC financing, China has been providing consortium financing, ring financing, public private models and bonds so far. It was very clear that unlike early harvest programme of CPEC, the Long Term Plan (LTP) voids any concrete financial commitments from China. However, they offered support in seeking third party finances for LTP.

They were not very keen on exporting labour force to Pakistan and emphasised that Pakistan need to develop its labour intensive industry under CPEC where its domestic labour may be made to work. Among opportunities, they highlighted tapping coal, iron, and cotton resources of Pakistan through Chinese technology. Highlighting the importance of infrastructure, they pointed out that railways, airport, port projects would be the focus of bilateral cooperation.

However, they did have some subtle advices for Pakistan. The one which was repeated over and over again during the three days conference was that "People of Pakistan should keep in mind that when we open the windows for sunlight, flies and mosquitoes also come in." In other words, the message was that intended benefits of CPEC may accompany some minor problems and the people of Pakistan would have to be ready for this.

They also highlighted the need for bottom-up reforms in Pakistan to improve governance and make its laws governance-friendly. They were visibly worried with the political unrest and uncertainty in Pakistan. Referring to a ruling of Supreme Court of Pakistan, a Chinese private entrepreneur sought the assurance that his investment would not go to drain if courts in Pakistan put a closure on CPEC.

They also requested the Pakistani media and political parties to play a positive role for the success of CPEC.

Coming back to the industrialisation and SEZs, their message is that Pakistan should not go too fast in the pursuit of industrialisation. It should go steady. "Build industrial zones gradually and let Pakistani entrepreneurs play a major role there," was the advice of a former diplomat who had served in Pakistan in the 90s.

While they thought that high-tech industrialisation would take time, they were more optimistic about the potential of cooperation in agriculture, as it is a primary industry and a major job provider.

To turn CPEC successful, Chinese academia advised their own private sector, too. The first and loud message was that Chinese companies should not try to think down of Pakistan. To them, CPEC was a symbiotic relation and both countries should behave like equal beneficiary of this relationship. "We should not say that we are helping Pakistan, rather we should talk of shared benefits," were the exact words used by the head of Pakistan Study Center in Peking University, while addressing the Chinese companies. He also emphasised on combining financial assistance with production technology transfer.

More importantly, Chinese academicians highlighted the need for hiring the local people, bringing local investment, respecting religion, and respecting cultural practices. They also reminded of environmental protection. My best pick was, "We should not move our pollution to Pakistan. Our companies need to be careful in this regard".

Back to SEZs, my emphasis was that to turn SEZs a success, Pakistan and China need to sign a bilateral agreement that should clearly stipulate industrial financing mechanism. Under this agreement, an independent company and a fund for each of the SEZs should be established. It is the replication of cooperation model between Belarus and China.

Finally, while I have no doubts about the opportunities arising out of CPEC, I am a firm believer that we should have a plan B in place. In case of our growing distance from the US, China proved to be our plan B. We have been ignoring the EU since long. My safe bet is that building trust between Pakistan and EU would be a plan B or a complimentary plan to make the best of CPEC. Why not ask the EU to develop one SEZ in Pakistan where they may bring their technology? Our private sector will not only invest the money but take a lead in industrial growth. I am talking of a scenario where IKEA of Sweden find a matching partner in Pakistan, lend its name, train the local labour force and let the Pakistani investors manufacture IKEA products in Pakistan.

Pakistan, China, and the rest of the world under CEPC -- this is the model to go forward and would be Pakistan’s humble effort to "create a shared future in a fractured world".

A shared future under CPEC