Asif Ali Zardari has always been the target of loathing. This abhorrence can be understood by exploring the substantiveness of his personal and political life 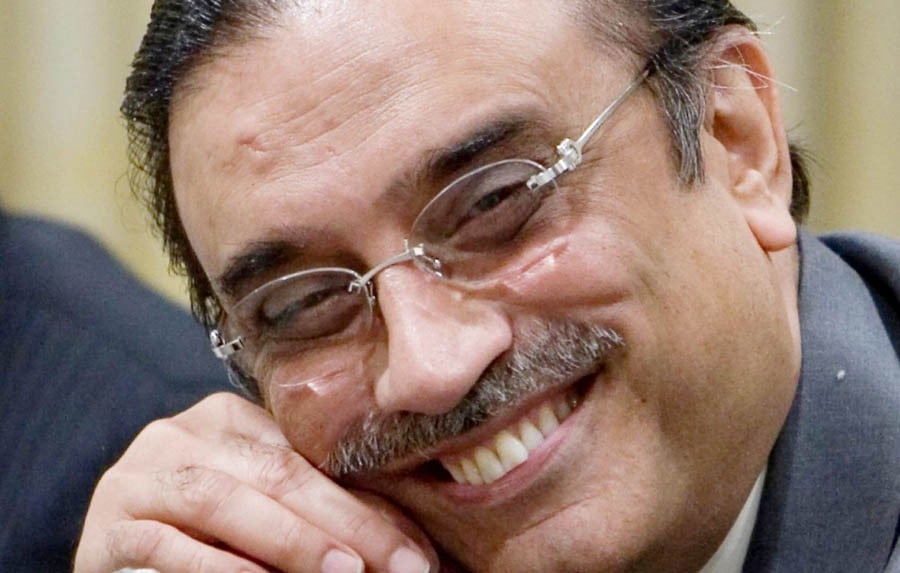 We witness an exceptional abhorrence of Asif Ali Zardari on a daily basis. This loathing is particularly rampant amongst the urban and the educated. Yet, something uncanny appears in this abhorrence: it is juxtaposed by the real, in which he represents an indispensable figure of our times and its politics, demonstrated by his remarkable service in the consolidation of parliamentary democracy in Pakistan.

This gap between reality and emotion becomes clearer when we explore the substantiveness of his personal and political life. More than eleven years of his life were spent in prison subject to psychological and physical torture, a price paid for his refusal to ally with the opponents of his wife, Benazir Bhutto. His acquittal of all charges represents a mockery of our judicial establishment.

Yet after the assassination of BB, he rejected the slogan of revenge. Rather, following his election as president, he advocated and pursued the agenda of political reconciliation, adopting the mantra of ‘turning the enemy into an adversary’, shifting from antagonistic to agonistic politics.

The precise point here is that whilst his rule might not be ideal and free of flaws, it was prudent and path-breaking in many respects. Most importantly, it shows how the art of dialogue, negotiations and adjustments can be productively employed in settling complex political affairs, including the perennially turbulent civil-military relations.

Numerous domestic accomplishments characterise his time in political office. They include the restoration of the 1973 Constitution, increased provincial autonomy, the NFC Award, the Balochistan Rights Package, regional autonomy for Gilgit Baltistan (GB), etc. -- steps that contributed towards building and strengthening national democracy and the federation. Crucially, he successfully steered the first ever civilian democratic transition in the country.

Internationally, he played an instrumental role in realigning a flawed foreign policy, despite the fact that our state elites have jealously guarded their monopoly over it. Critical engagements with America, the strengthening partnership with China, and laying new ground for improved relations with Russia and Iran are some of the salient features of this emergent foreign policy.

The precise point here is that whilst his rule might not be ideal and free of flaws, it was prudent and path breaking in many respects. Most importantly, it shows how the art of dialogue, negotiations and adjustments can be productively employed in settling complex political affairs, including the perennially turbulent civil-military relations.

How should then we interpret this uncanniness, this gap between perception and reality? An apparently simple answer would be the power of propaganda. Joseph Goebbels, a maestro of Nazi propaganda, says that "sufficient repetition along with psychological considerations make it possible to prove that a square is in fact a circle. They are mere words, and words can be moulded until they clothe ideas and disguises". Unsurprisingly, Asif Ali Zardari has always been the target of nasty propaganda by his political opponents.

However, propaganda has its limits. It is likely to be met by cynical skepticism if it is not in harmony with a desire of its recipient. Hitler’s propaganda, for example, fulfilled a German desire for supremacy. What then is the deeper desire that resides in the aversion of Asif Ali Zardari?

The field of psychoanalysis provides us with useful insights in exploring this. What if we consider this attitude of derision merely a ‘symptom’ on a psychoanalytic basis? According to Sigmund Freud, the symptom is a sign of dissatisfaction and defence of our psychic forces. While, ironically, the element of defence makes it enjoyable to us, it actually acts to sustain the very roots of our displeasure. Hence, in a strict sense, the symptom is not a disorder. Rather, it is a silenced truth that we need to hear.

Let us then lend our ears to the murmur of some muffled truths.

In the beginning, it was jealousy. Prior to his marriage to Benazir Bhutto, Asif Ali Zardari had no presence in public memory. No doubt, his family was well-established in Sindh. Hakim Ali Zardari, his father, was elected twice to the parliament and earned a significant fortune out of his business. It was, however, incomparable to the status of BB. She, as daughter of Zulfikar Ali Bhutto, was revered and loved, heroine and queen of the hearts for millions of Pakistanis.

It is said that love knows no barriers. Whenever there is love, it renders such barriers into objects of jealousy and hatred. Tragically, Asif Ali Zardari turned to be the victim of this dangerous passion. Despised by both foes and friends of BB, I recall how he was considered the main cause of political hardships for BB through the 1990s. The PPP workers time and again defied BB’s repeated calls to organise public protests against his imprisonment.

In psychoanalysis, scapegoating is attributed to the process of displacement and projection. Practically, it refers to an act of shifting the responsibility of our own faults and problems towards a certain target. Hence, it helps to eliminate negative feelings and justifies self-righteous discharge of aggression. It makes it easier to maintain a strict, albeit false, separation between good and evil. The primordial status of ritualistic-symbolic scapegoating confirms how deeply, unconsciously, it is rooted in our minds.

Thus parallel to the jealousy, scapegoating is another psychic mechanism which makes Asif Ali Zardari easy to despise. For decades now he has been blamed for everything bad or wrong. Allegations are writ large in any discussion of Zardari, from corruption to the murder of his wife; his persona embodies the duplicity and violence perceived to be endemic to the political discourse in Pakistan.

So how to conclude? Perhaps it is time to recognise the nature of Zardari’s political contribution to democracy in Pakistan. With his patience and prudence, he has brought agonistic confrontation to the core of our democracy, which is in fact its very condition of existence. If, as Sigmund Freud says, hate is frequently a forerunner of love, could this be the case for Asif Ali Zardari?