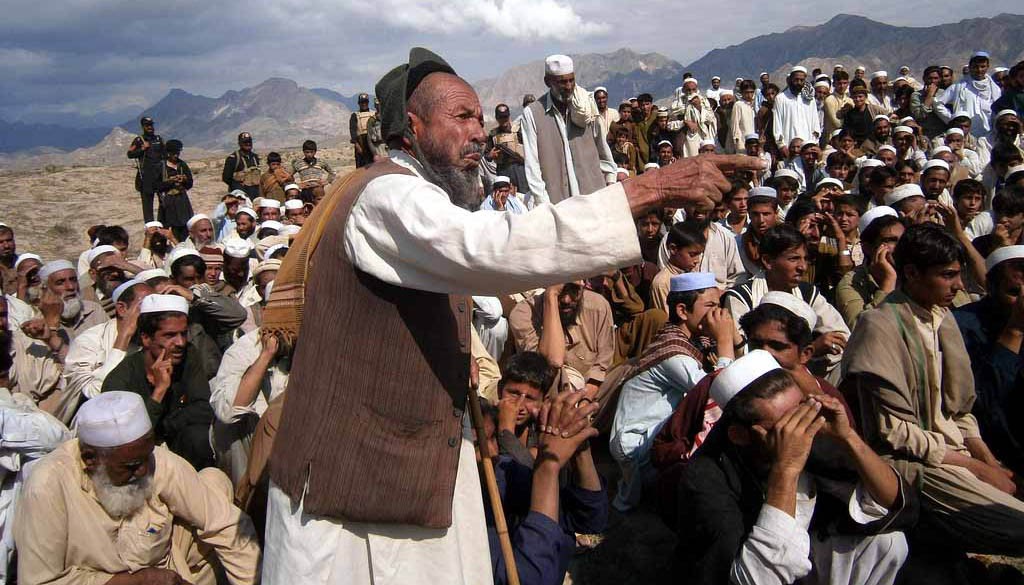 Although half-cooked accounts of political wrangling, vested interests, security compulsions and lots of conspiracy theories have added spice to the argument, the actual reason for the prevailing uncertainty are not known.

A realisation came after a long denial that Fata needs to be streamlined legally and administratively in order to extend fundamental rights to the people of Fata. The realisation came against the backdrop of a series of military operations which rendered the people homeless and caused innumerable losses in human and material terms.

Studies were undertaken on what made Fata a conducive place for militants that necessitated military operations. And every time Frontier Crimes Regulation (FCR) was made an easy scapegoat and administrative law agreed on by the British and the people of Fata was regarded as the black law.

The debate about Fata’s merger or an independent province is important but secondary. FCR certainly demands much more attention. It is not in consonance with modern standards of legislation and should have been reformed long time ago.

FCR no doubt is an arbitrary law that denies people their fundamental rights and makes them collectively responsible for others’ crimes. The political agent enjoys unlimited executive, judicial and policing functions - that are often abused. Corruption is rampant and a part of the local economy.

The prime minister formed a committee which visited all the agencies in Fata and held meetings with the locals. The prime minister endorsed the report presented by the committee - before power play came into action and the report was set aside. The discourse thereafter turned to the fine-tuning of FCR and the merger of Fata with KP or an establishing it as an independent province.

The debate about Fata’s merger or an independent province is important but secondary. FCR certainly demands much more attention. Granted, it is not in consonance with modern standards of legislation and that it should have been reformed long time ago, along with the archaic and inefficient political administration, but blaming it for everything is oversimplification -- and an act to shun responsibility.

Under FCR, civil and criminal matters are being referred to an impartial council of elders. The decision is not binding but is rarely questioned in routine matters, unless some big interests are involved. The elders were very much comfortable with the same since it granted them relative autonomy in their internal affairs. True, the fundamental rights were not protected by the courts, yet strong conventions of Pashtunwali were there to protect the peoples’ rights and the council of elders was bound to follow the code. It was an implicit mechanism of guarding the fundamental rights. Although not notified formally, it was complied with more than the written laws.

FCR deteriorated into a black law during the times of militancy and military operations. The militants knew no law and the military had to take refuge in FCR for getting quick gains in the war against terror. The militants twisted and misinterpreted Islamic Law to further their interests, whereas the state did the same with FCR. The tug of war resulted in abuse of codes and laws as well, besides the apparent destruction.

So, it wasn’t FCR, the laws of Islam or the code of Pashtunwali, but the prevailing anarchy where the respective actors twisted the laws they prescribed to, in order to checkmate their opponents.

What’s done is done. Perhaps the people of Fata deserve a truth and reconciliation commission to ascertain facts on what happened to them. It involved flawed state policies, misplaced and arbitrary decisions of certain individuals both in and out of the state apparatus.

Security is the main concern at present, not merger or non-merger. What if Fata’s fate becomes the same as Balochistan and Swat, where political and security situation continues to be uncertain? Despite least probability, we know, streamlining the legal and administrative system will help improve the security.

Article 245 gives complete control of Fata to the military -- and no one is questioning that on account of keeping the security establishment in good grace. The people are talking more about the check-posts, IEDs, restrictions on movement, threats from militants to those who aligned themselves with the state and the threat from state who somehow had a questionable past, militants who are being killed and militants who are being spared.

The trust between the state and the people in Fata is quickly eroding and must be addressed in all respects. The human rights abuses were not made under FCR or code of Pashtunwali, but during the war by the militants and the state.

A realistic diagnosis of the situation would involve many actors and stakeholders. Reforming the legal and administrative framework won’t work unless the same is complemented with improvement in the security situation and ownership of the tribesmen by the state.

First option was to slightly modify FCR and make it more humane and inclusive. That won’t happen as the writ of the Peshawar High Court and Supreme Court has been extended. Second is to merge it with KP and third to make it an independent province. I am still in favour of the merger with KP, though referendum may be undertaken if it’s demanded by the majority of Fata to preempt issues in the future.

I don’t see any viability in the option of an independent province. In short, Fata and KP are already merged in terms of administration, language, culture, ethnicity and geography. The administration is run by the same officers and Peshawar is the city of all Pashtuns of KP and Fata. If you go for another province, it will be like parting ways and bifurcation of the same administrative unit. The administration has to be divided. Where will the capital be located (southern and northern Fata are not connected)? What will happen to Frontier Regions? What will be the status of thousands of people from Fata settled in Peshawar, Bannu and D.I. Khan and having Fata’s domicile or those having the domicile of settled areas? What to do with the businesses and properties worth billions of rupees of people from Fata in the settled districts?

There are numerous other issues besides these. The purpose is to mention the potential faultlines and issues that will arise in the wake of an independent province. Besides the legal and administrative matters, there is a strong probability of tussles between the people of KP and Fata over all these matters. Given the faultlines, we already have many invisible hands (foreign and local) to exploit the situation.

Practically speaking, asking for a separate province of Fata is more like bifurcating KP, entailing a plethora of issues. It is argued by the advocates of an independent province that the merger with KP will divest Fata of its resources as KP may exploit the resources of Fata. Karak, Hangu and Kohat produce gas and oil. They are allocated an agreed amount earmarked for these districts only out of the total revenue generated in natural resources from these districts. It is in addition to their provincial share and also negotiated from time to time by the elected representatives.

Hence, if there are natural resources in any agency of Fata, they can be accommodated and several administrative tools can be adopted to give maximum profit to the areas wherefrom the resource is generated. If there is any damage to politics of any political party or some people feel comfortable in an independent province for some perceived gain; that is their personal matter, not of the people of Fata.

We need to put things in a context, assess the legal and administrative transformation objectively and then come to a conclusion, which is nothing else then expediting the merger of KP with Fata and putting in place a sound and inclusive (not strong and arbitrary) security policy to ensure peace.