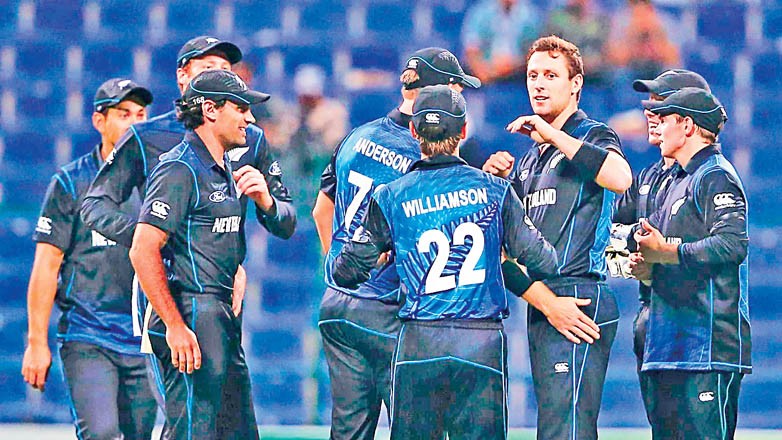 The current New Zealand sides, both Test and ODI, seem to be their best in history. New Zealand were never so good, not even when they had the services of Richard Headley and Martin Crowe.

In Tests, they currently have the services of Kane Williamson and Ross Taylor, who have the highest Test averages for new Zealand, 50 and 48, respectively. The two have performed consistently over the years.

Stephen Fleming and Brendon McCullum played together for a time but they were far behind these two, with averages of 40 and 38, respectively.

Similarly, John Wright and Martin Crowe played together for a long time but they too were beneath the current pair with averages of 37 and 45, respectively.

Interestingly, Taylor and Williamson are their top century makers, too, with 17 hundreds each. They share the honour with Martin Crowe. Wright and McCullum are distant second with 12 centuries each.

Their top three wicket takers in Tests are Richard Headley, Daniel Vettori, and Chris Martin. Headley was a great, no doubt, but none of his teammates in his 17-year career was good enough to give New Zealand a match-winning bowling unit. Vettori was good but during most of his career he, too, was a lone warrior in the side. And Martin, at best, was an average bowler.

But their current three pacers, Tim Southee, Trent Boult and Neil Wagner, are all very good bowlers -- better than Danny Morrison who played for a decade and EJ Chatfield who played for 14 years. They have the ability to get any team in the world out even when the pitch is not supporting them.

In One-day Internationals, as in Tests, Ross Taylor and Williamson are New Zealand’s all-time best with averages of 44 and 46, respectively. Martin Guptill is a little behind these two with an average of 42, but he too is among the best that New Zealand have ever had with scores like 237 against West Indies and 180 against South Africa.

Their top run-getters in this format are Stephen Fleming and Nathan Astle. They played together for a long time, from mid-90s to 2007. But their averages of 32 and 34 were really average. They failed to make New Zealand a top side despite their longevity in the international arena.

Their top wicket-takers in this format are Vettori, Chris Harris, Cairns, and Jacob Oram. But they are at the top only because they played for a long time, which means New Zealand produced only mediocre bowlers for a long time.

Headley and Shane Bond were great but there was a gap of 12 years between Headley’s retirement and Bond’s debut.

In the current squad, Boult has 104 wickets from just 57 matches. Matt Henry has 63 from 34 matches and Southee 166 from 123 games. All three of them are young and can serve New Zealand well beyond the 2019 World Cup.

If Guptill, Williamson, Taylor, Southee and Boult kept going like they have done in the last few years, New Zealand would be among the top three favourite teams in the 2019 World Cup.