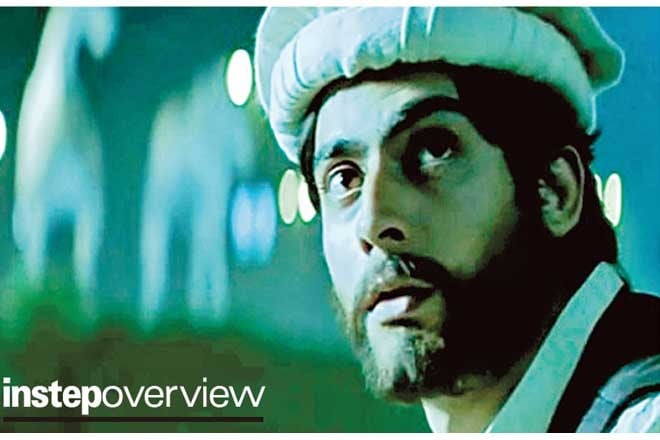 Today marks the end of Pakistani cinema’s era of revival. It has been ten long and glorious years since filmmakers restarted the industry that had otherwise slumped into an abyss.

To briefly recap Pakistan’s history with cinema, it would be fair to say that the golden era of cinema was in the 1960s. Right after partition in 1948, Pakistani cinema struggled to find its way mainly because there was a lack of film equipment, experts and actors. It took nearly 15 years Pakistan to build momentum but eventually, our cinema produced names like Madam Noor Jehan, Waheed Murad, Shabnam, Sabiha Khanum, Nadeem Baig, Zeba Bakhtiar, Babra Sharif and countless others. Eventually, General Zia-ul-Haq’s reign over the country destroyed the cinema; his Islamization policy resulted in the closing of several cinemas and heavy taxes, which resulted in the downfall of the industry.

The nineties saw Urdu films take center stage, with the likes of director Syed Noor producing films that made social commentaries, but the industry also slowed down by this time.

Enter the year 2000 and Pakistan was barely making films anymore. It wasn’t until Shoaib Mansoor released his first cinematic masterpiece, Khuda Kay Liye in 2007 that turned out to be a critical, as well as commercial success, raking in over Rs. 25 crores, making it one of the highest grossing Pakistani films of all time. KKL is credited to be the film that ‘revived’ Pakistan’s dying film industry.

We even saw the horror film ZibahKhana in 2007, which wasn’t as commercially successful, but did broaden the horizons for filmmakers who realized that cinema could now be ventured into and experimented with. ZibahKhana, starring Osman Khalid Butt and Rubya Chaudhry, eventually did make it to several international film festivals.

Therefore 2007 marks the start of the revival, and since 2017 has now ended, it marks an entire decade of contemporary cinema.

Before one can delve into what the industry should look like in the next ten years, it would be wise to assess what we’ve learned in these last ten years.

2008 saw the release of Mehreen Jabbar’s Ramchand Pakistani, which resonated with many viewers for it’s sensitive topic. Pakistan and India’s political relationship has always been tumultuous but the people on both sides have longed to be with one another. The film showed the two country’s complicated relationship through the eyes of actors Nandita Das, Maria Wasti and Noman Ejaz.

Pakistan’s first contemporary, urban story came in the shape of Slackistan, a film written and produced by Islamabadi filmmakers who have now marked their place in the industry. The film received much criticism of depicting the youth as frivolous and vulgar as it showed a very Western lifestyle (alcohol was shown freely in the film). Again, the indie film was released internationally.

In 2011, Shoaib Mansoor made a comeback with his film, Bol, which launched the film career of one of the biggest film stars of the country, Mahira Khan, and propelled lead star Humaima Malik to new heights.

2013 saw not one, but several highly successful films, which gave the confidence to the industry that our cinema was truly back. Mein Hoon Shahid Afridi, Zinda Bhaag, Josh and Seedlings were all films that received a lot of praise for their unique plots and powerful performances but Bilal Lashari’s Waar made investors realize that money could be made. Waar, starring Shaan Shahid, raked in over 30 crores, the highest that any Pakistani film had ever earned before.

Since then, there has been no looking back. Nabeel Qureshi first entered the scene in 2014 with his hugely successful Na Maloom Afraad, starring Fahad Mustafa, Mohsin Abbas Haider and Javed Sheikh, while films Dukhtar and 021 also captivated audiences.

2015 was a very successful year because the numbers of films had grown exponentially. Nadeem Baig released Jawani Phir Nahi Aani, a blockbuster that raked in over 40 crores. Game-changing films like Jami’s Moor and Sarmad Khoosat’s Manto also saw critical success. There were also films like Bin Roye, Wrong No., Karachi Se Lahore and Dekh Magar Pyaar Se, which introduced several TV actors to the world of film. We also saw the debut of newcomer Armeena Rana Khan, who would go on to appear in several big-budgeted films in the future.

Which brings us to 2017. It has been ten years since Khuda Kay Liye released and yes, we have come a long way. But the path that our cinema is carving right now isn’t exactly the best one. While it’s commendable that our cinemas get to see so many Pakistani films being released every year, the bottom line is that most of these films are duds at the box office.

Investors have now become scared of investing their revenue in films simply because there are very few films that are actually successful. For instance, 2017 saw only two major hits: Punjab Nahi Jaungi, (which is now the highest grossing film of all time) and Na Maloom Afraad 2. Mehrunissa V Lub U managed to make some profit as well but all the other films barely broke even.

Take a look at the case of ISPR film, Project Ghazi. The much talked about film was touted as Pakistan’s first superhero film. It was also being deemed as progressive as it had portrayed Syra Shehroz as the lead scientist of a military program. Money was invested by several leading brands; in fact, insiders suggest that one brand had taken a huge risk with the film but Project Ghazi never saw the light of day. It was so poorly made, that the lead star cast was seen walking out of the hall mid-film, with Humayun Saeed claiming that it needed a re-edit. The film was taken off the cinemas right after the premiere, never to be seen again. That’s countless hours and rupees simply gone down the drain.

Films like Yalghaar, Verna, Chalay Thay Saath and Balu Mahi could have made the industry stronger but because of weak content, the films were simply mediocre. Thora Jee Lay and Raasta also performed poorly at the box office. Sadly, the last couple of films of the year, Rangreza and Arth-The Destination were huge disappointments and are currently struggling at the box office. Chupan Chupai is receiving raving reviews; let’s hope the box office figures correlate with these reviews as well.

Is an industry even functioning if it’s losing more money than it makes? Is it wise to ride on the success of one or two films in an entire year?

The lessons to take away from these ten years are this: we need to invest wisely. Scriptwriters aren’t given much attention, or are paid fairly, which has resulted in our content being extremely weak. Therefore, there needs to be better investment in writers, who have the least glamourous job but are essentially the backbone of any film.

TV advertisement directors perhaps need to take a break. There is a huge difference between directing a film and an ad simply because Pakistani ads lack narratives. If one is to see ads by leading brands like Coke or Lux, they will find that the ads are visually beautiful but lack a story. That’s what happens to the films made by ad directors as well. They end up glistening on the screen but make the viewer feel empty.

Filmmakers also need to understand that there is no media lobby trying to break apart the industry. This year, many filmmakers with poorly made films lashed out at critics for ‘misinforming’ the public. Sahir Lodhi, Shaan Shahid, Yasir Nawaz and Syed Noor all believed that their films tanked due to the negative film reviews. But if majority of the reviews are poor, isn’t it possible that the film is simply bad? Word of mouth is a stronger tool for the success of a film, so even if all bloggers and critics have joined an alliance (let’s assume), it’s the word of the common man that will bring people to the cinema. And people are simply not coming to watch Pakistani films.

It has been ten years. We can no longer hide behind the excuse of our industry’s revival. The next ten years should build our credibility locally and internationally. One needs to stop competing with Hollywood and Bollywood and look for films that can be executed with smaller budgets. The market is small right now so it doesn’t make sense to splurge more than Rs. 5 to 10 crores on a film, unless you are Nabeel Qureshi or Nadeem Baig, two film directors who have figured out what works in Pakistan. Even Mohsin Ali, director of Chupan Chupai, should be considered a force to be reckoned with; he has delivered one of the most well made films of the year. We are curious to see what else he can bring to the table.

It’s time filmmakers stop claiming that "the industry is reviving". We revived it. It’s now time to take it to the next level.