The making of shadow budget

Pakistani political parties have been preparing shadow budgets since 2012-13, but in isolation and without yielding fruitful results. What do they need to change to make this exercise meaningful? 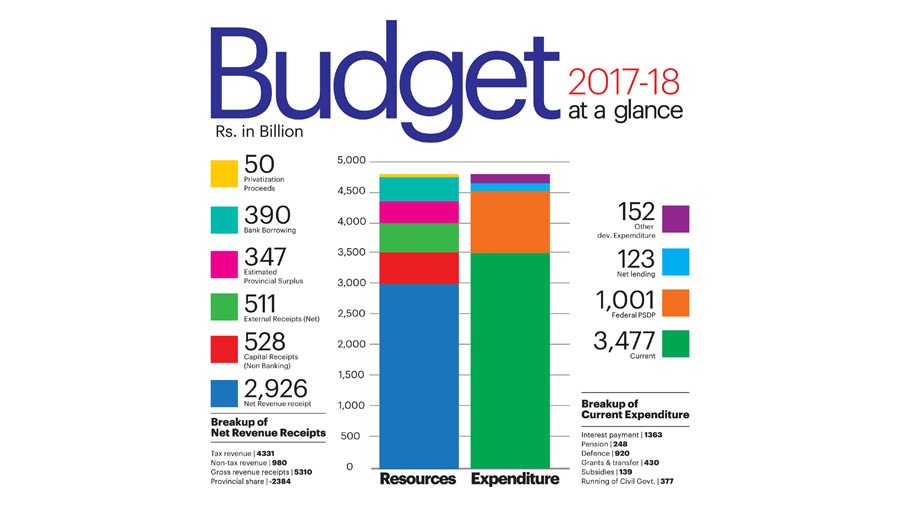 The preparation of shadow budgets by opposition parties, think tanks and civil society organisations has become a norm in the developed world over the last quarter of a century. These alternative budgets offer analysis and perspective on what the government budget should contain in terms of spending and revenue generation. In short, a shadow budget offers an alternative vision to deal with the macroeconomic challenges faced by a country, province, state, district or city.

Ideally, a shadow budget should follow the format of the government budget and extend beyond a wish list; proper costing of all the proposed measures is the foremost prerequisite. For example, presenting a shadow budget that proposes tax cuts or new development schemes without identifying the sources of additional revenue shall be an exercise in futility. Lately, the focus of civil society organisations has shifted to sectoral shadow budgets (health, education, agriculture, etc.) in line with their areas of expertise because preparing a shadow federal budget requires efforts that may extend beyond their mandate.

The MQM has been advocating the imposition of agriculture tax and withdrawal of agricultural subsidies since its first shadow budget while the PPP and PTI both agree that farmers should be given more incentives.

It may come as a surprise, but shadow budgets are not a new phenomenon in Pakistan. The Muttahida Qaumi Movement (MQM) pioneered the trend in the country by presenting shadow federal budget 2012-13.To its credit, the MQM has issued a shadow federal budget before the presentation of the federal budget ever since, though political rivals are quick to point out that the party solicits the services of experts for the purpose.

An analysis of the shadow budgets presented by these political parties shows that, despite some disagreements, they have more or less the same solution to offer to meet Pakistan’s burgeoning macroeconomic challenges: broadening the tax base, reforming the Federal Board of Revenue and plugging the loopholes in tax collection. The PPP envisages that the government can raise as much as Rs300 billion a year through widening the tax base. The MQM’s estimate, in comparison, is liberal since it is in the region of Rs750 billion a year. On the other hand, the PTI estimates the untapped income tax potential to be just Rs100 billion.

Interestingly, while the MQM and PTI agree that general sales tax (GST) should be reduced from the current 17 per cent to 9 per cent and 12.5 per cent, respectively, the PPP does not even mention GST in its shadow budget. Though both the MQM and PTI have identified additional sources of revenue to cater to the resulting shortfall, their planning can at best be called ambitious. Probably the experience of being in power in the Centre has helped the PPP adopt a more realistic approach and not resort to populist measures.

Despite decent homework, the shadow budgets presented by the MQM are populist in nature to say the least. In its first shadow budget, the party proposed that the prices of essential food items be considerably reduced (flour by 50 per cent, yellow lentils by 30 per cent, mutton by 20 per cent, etc.), but without telling how this would be made possible. In its latest shadow budget (2017-18), the MQM has revised some of these figures (for example, now it proposes reduction in the prices of flour by 25 per cent) but still not made it clear how it plans to achieve this target.

Along with political parties, Pakistani civil society organisations and donor agencies are also taking increasing interest in shadow budgets. With Oxfam’s support, Indus Consortium and Centre for Peace and Development Initiatives are preparing Layyah district’s shadow budget for 2018-19. "Since 2014, Oxfam International is engaged in "Even It Up", a global campaign aimed at shifting the terms of debate around inequality. In Pakistan, we are closely watching out fiscal spaces, including revenue raising and spending on education, health and social protection," says Asim Jaffry, the manager of Finance for Development Project, a component of Even It Up campaign.

Jaffry adds that the desire to hook up "our work in Pakistan with the Even It Up campaign leverages us to work on shadow budget," so that evidence could be generated from the district to provincial level to sensitise the policymakers and legislators. He believes that civil society organisations should form an alliance and chip in their resources to prepare shadow budgets because of the lack of capacity at all levels, from strategic to tactical.

Based on the international experience of shadow budgeting, a few suggestions for Pakistani political parties and civil society organisations to make their shadow budgets more meaningful are as follows:

All opposition parties should jointly prepare a single shadow budget, as well as commit to implement the same whenever elected to power. They should also involve civil society organisations, policy institutes and electorate in the process.

Actual budgetary figures of the last fiscal year should be used as baseline not estimates or revised estimates, because the latter are normally off-the-mark.

The available resource envelope should be kept in sight to avoid going overboard while making recommendations.

The shadow budget should be presented at least two weeks ahead of the budget to give the government a chance to adopt its suggestions.

The work on shadow budgets should start much in advance than it usually does. Ideally, the government’s budget calendar should be followed.

The shadow budgets should also identify focus within sectors such as education and health.

The News on Sunday spoke to Senate Committee on Finance, Revenue, Economics Affairs and Narcotics Chairperson Saleem Mandviwalla, who is also the architect of the PPP’s shadow federal budget 2017-18, to solicit his view on the efficacy of the exercise and the party’s future plans. Excerpts follow:

The News on Sunday: What has been the government, civil society and media’s response to the PPP’s shadow federal budget 2017-18?

Saleem Mandviwalla: Shadow budgets do not evoke much response from the government or civil society. Even the media did not give our shadow budget adequate coverage because of limited viewer interest in the topic.

TNS: The PPP’s shadow budget 2017-18 envisaged 4 million new tax filers over the next five years. Was this a realistic figure?

SM: Pakistan’s major problem is tax-to-gross domestic product (GDP) ratio. We have a population of 210 million and direct taxpayers hardly number two to three per cent, thus there is a huge potential in this area. In the PPP’s last term (2008-13), we generated 3 million potential taxpayers who travelled by air and owned property, but still did not pay a single rupee in direct taxes. The PPP brought a tax amendment bill in 2013, but we could not pass it because of the opposition of the Pakistan Muslim League-Nawaz (PML-N). If we come to power after elections next year, we will again introduce this bill in the parliament. Our main target is to bring tax-to-GDP ratio to 15 per cent. We believe that tools are available to the government to achieve the target of 4 million new taxpayers over the next five years, but political will and proper administration are required.

TNS: Does the PPP plan to prepare shadow federal budget 2018-19? If yes, when would the process start and how the views of citizens and experts would be solicited?

SM: Yes, we will try to prepare shadow federal budget for the next fiscal year and the process will start in February or March. We would welcome suggestions and inputs from all experts and citizens, though our only hope lies in increasing exports and tax-to-GDP ratio. Personally, I do not see much hope in other areas since I look at the budget practically, unlike others who go for cosmetic ideas and suggestions.

TNS: Will the PPP identify alternative sources of revenue to cater to the policy recommendations in its shadow federal budget 2018-19?

SM: We would love to find alternative sources of revenue. By not increasing taxes, the PML-N government has destroyed the economy and put an additional burden of more than Rs900 billion on it during the past four-and-a-half years. We are open to ideas from everyone but we also want to see how feasible are these ideas. We do not want to come up with a wish list like other political parties do in their shadow budgets and manifestos.

The making of shadow budget