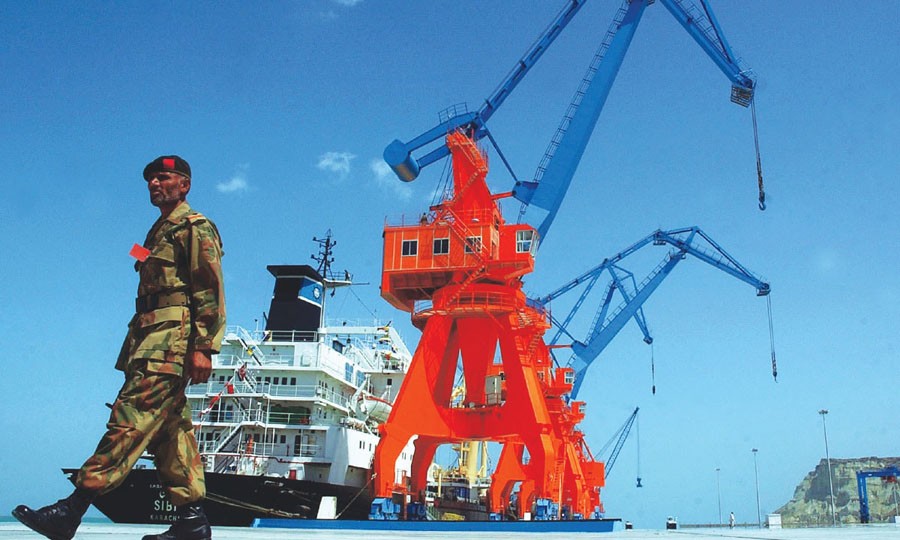 The controversies surrounding China-Pakistan Economic Corridor (CPEC) don’t seem to go away. The CPEC, comprising $63 billion worth projects for Pakistan, is a component of One Belt One Road initiative of China.

It was revealed a couple of week back that China has stopped funding for three CPEC projects and two of them are in Balochistan. These include the Dera Ismail Khan-Zhob Road and Khuzdar-Basima Road. Both of these projects were portrayed as proof by the federal government that CPEC is also benefitting Balochistan. However, now funding for these projects has been frozen until Beijing shares new set of financing guidelines.

That’s not all. The revelation of the Gwadar Port agreement has further increased criticism on the CPEC in Balochistan. According to the released agreement, the Chinese Company handling the port will get 91 per cent whereas Gwadar Port Authority, controlled by federal government, will get 9 per cent of revenue. This arrangement will continue till 2048 and Balochistan will not get any share from the revenue of the port.

On December 18, the government released the Long Term Plan, but it was far from what people were expecting. The released document only comprised broad points which set the direction of CPEC for the period till 2030.

In the same context, a seven-member delegation of Senators visited China in first week of this month. These senators included four senators from Balochistan namely: Dr. Jehanzeb Jamaldini from BNP, Kabir Muhammad Shahi from National Party, Dawood Achakzai from ANP and Usman Kakar from Pashtunkhwa Milli Awami Party. Out of these four, Kabir Muhammad Shahi and Usman Kakar belong to the parties which are in government in Balochistan as well as in centre.

After returning from China, all these Senators issued press statements and unequivocally claimed that Balochistan is not going to get anything from the CPEC. Their statements went unheard in the mainstream media just like other news coming from Balochistan. However, it’s a significant development that both the government and opposition parties in Balochistan are on the same page that the impoverished province will not benefit from the CPEC.

"It has been four years since the CPEC agreement was signed and even now the people of Gwadar don’t have drinking water. It’s quite clear that no tangible efforts have been made to resolve this issue," Dr. Jehanzeb Jamaldini told TNS.

Senator Kabir Muhammad Shahi is an outspoken Senator from the ruling National Party. He told TNS that all highway construction projects in Balochistan, which are being given the name of CPEC, were originally commenced during the Musharraf’s era and they are routine projects.

He also claimed that more than 60 per cent funds of CPEC will be used for power generation and not 1 MW of that will be given to Balochistan except 300 MW for Gwadar Port only.

This claim of Senator Kabir is supported by recent announcement by the federal government to make over 5,000 feeders load shedding free. These feeders included just 61 feeders from Balochistan and out of them only 12 feeders provided electricity to public while the rest were meant for government departments.

Around the same time, Sri Lanka handed over its southern port of Hambantota to China on a 99-year lease. South Asian neighbour of Pakistan made the decision to let go control of its strategically crucial port after it failed to repay the debts of China. This development also rang alarm bells in Pakistan in general and in Balochistan in particular. The fear is that Gwadar will eventually meet the same fate as Hambantota if Pakistan failed to repay the Chinese debts.

Another major issue related to CPEC in Balochistan is the proposed demographic changes in the port city due to economic migration. As a result, there have always been demands to introduce legislation to restrict the land ownership and voting rights of the economic migrants in Gwadar. There was a full clause related to such proposed legislation in the famous Aghaz-e-Haqooq Balochistan package of 2010. However there has not been any headway on this point as well. "Two third majority is required in both houses of the parliament to make the required legislation for Gwadar and both government and opposition are not interested in this matter," said Senator Kabir.

Moreover, amid the growing pressure on the federal government to make the CPEC agreements public, it announced to release the Long Term Plan. 18th December was the date set for public release of the Long Term Plan of CPEC and politicians and economic commentators were eagerly waiting for the release. On December 18, the government released the Long Term Plan, but it was far from what people were expecting. The released document only comprised broad points which set the direction of CPEC for the period till 2030. The Long Term Plan was silent on the detailed terms and conditions of the individual CPEC projects which have been the bone of contention from the outset.

The federal government officials were not available for comments despite repeated efforts by TNS to contact them.