As students show increasing signs of unrest, administrations and governments are well-advised to heed these winds of change 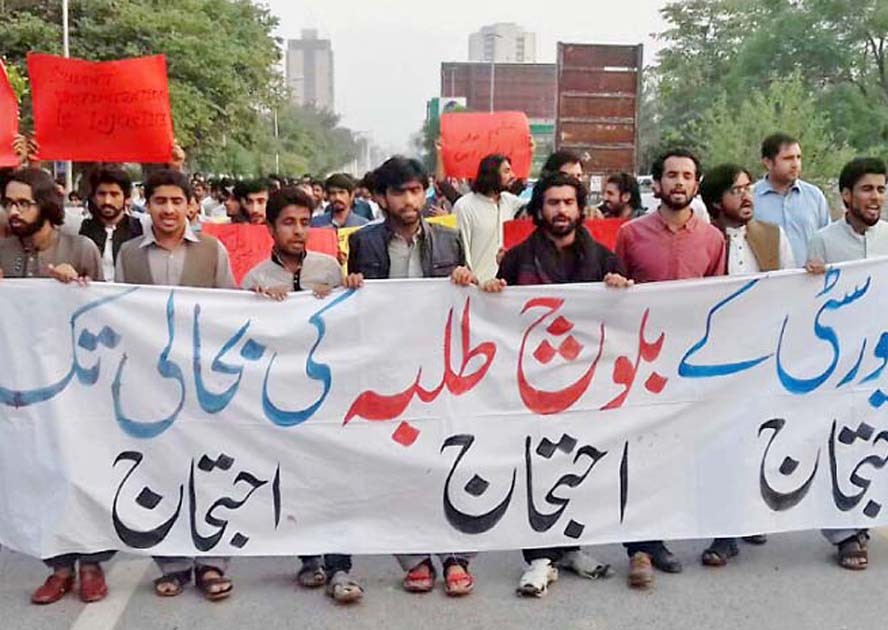 The year 2017 presents two radical possibilities for the future of student life in Pakistan. One possibility is dominated by the horrendous murder of Mashal Khan at the hands of students and administration of his own university, a dastardly act that puts into question the conventional wisdom that education leads to enlightened citizens.

The ostensible response of the state was to search for a ‘new narrative’ for students to prevent society’s slide into extremism. In practice, it meant more restrictions and surveillance on student life, giving the impression that the choice remains between the growing extremism on campuses and the increasing display of authoritarianism by university administrators.

History shows us that students often demonstrate the courage to be the force that leads such a transformation in society. And if the whiffs of student rebellion in 2017 are a sign, then there is every reason to be cautiously optimistic.

The second possibility is opened by a spate of protests that engulfed campuses this fall. Protests erupted on issues as diverse as tuition fees, hostels conditions, and high-handed behaviour on the part of the university administrators. One example of the resurgence of student activism is the emergence of the Progressive Students’ Collective in Lahore, which first showed its presence in demonstrations against Mashal Khan’s lynching. Another major example of student assertion was witnessed at Quaid-e-Azam University, when two students revived an old tradition by going on hunger strike to demand the reinstatement of expelled students. The overwhelming support from students and teachers across Pakistan for this act of defiance showed how their pain became a mirror for the general condition of alienation and suffering prevalent within the education system. But more importantly, it demonstrated the willingness of sections of the public to openly support rebellion on the part of the students, showing that perhaps the steel that welded student politics to violence in the popular imagination is slowly melting.

The question for us is why is this new student consciousness emerging today, and what prospects does it have for benefiting the student body, and society at large?

One can broadly delineate three contradictions that have become the motor propelling student agitation. First is the growing gap between the increasing numbers and demands of students entering higher education, and the infrastructure offered to these students. Not only is decent housing emerging as a major issue for students coming into urban centres from rural Pakistan, but the quality of education has also taken a serious nosedive. One symptom of this crisis is that there are not enough qualified teachers to cater to all these students, with public sector universities scrambling to find visiting lecturers after the start of the semester. Moreover, the emergence of dozens of unregulated private institutions to meet this demand has further lowered the quality of higher education. For students (and their families) who look forward to a stimulating student life, disappointments come one after another, increasing their sense of alienation from the system.

The second issue concerns the future offered (or denied) to students by the existing education system. The large number of students enrolled in higher education since the Musharraf era far exceed the number of positions available in the job market. Known as ‘youth bulge’ in official language, the gap between those with university degrees and those with jobs has made student life an extremely anxious experience. By their final year in college, most students recognise that not only have they not acquired enough skills to be competitive in the job market, especially in relation to students from elite schools, but that the piece of paper known as a degree will not impress many employers as the latter are cognizant of the low quality of education offered at most universities.

This furthers the loss of meaning associated with the education system, and increases the discontent among students and young graduates, symptoms of which we see at every protest involving young people.

Finally, students are not immune to the general chaos prevalent in society. In fact, since the Lawyers’ Movement, a vocal minority among students has remained active on political issues, with many identifying with religious parties or the PTI. Yet, since the APS massacre, all existing narratives to anchor our country’s ideological contours are in a state of crisis. This confusion is felt by students with a particular intensity, since they belong to the educational apparatus of the state which is both the site of the production and amplification of an ideological narrative.

The contradictory policies of different state institutions, the divergent expectations from teachers, family and employers (particularly the donor-driven development sector) is causing an unprecedented cognitive dissonance among students in search of some coherence in an otherwise punishing world. Religion, nation, ethnicity and class are competing to become the new hegemonic identity markers, but so far none has succeeded in replacing the broken narratives that exist today.

These three contradictions are simultaneously producing dangerous levels of alienation from the system and increasingly overt desire for change. The collapse of certainties is the reason why there is growing anxiety among administrators around young people in our society. The dominant way of dealing with this anxiety is through the fear that the transformation will only be ugly, leading to the logic of surveillance and militarisation of campuses.

By doing so, the administrators hope to contain the ‘threat’ of students without touching the underlying logic that is producing mass resentment among them. What such administrators do not realise is that such containment is merely concealment, and tensions will only get more augmented and return to haunt them with greater intensity.

The other possibility of engaging this anxiety is not through fear, but through courage. This entails accepting the fact that the old order has lost its vigour, and attempts by incompetent administrators to preserve it will only generate extremism and monstrous authoritarianism on campuses, intensifying our collective misery. It is the courage to develop a common narrative that can connect these different displays of disaffection, and build campaigns that not only speak to the anxieties of students, but also seek to ameliorate them.

History shows us that students often demonstrate the courage to be the force that leads such a transformation in society. And if the whiffs of student rebellion in 2017 are a sign, then there is every reason to be cautiously optimistic that 2018 could be the year we witness a broad, progressive and inclusive student movement in the country.