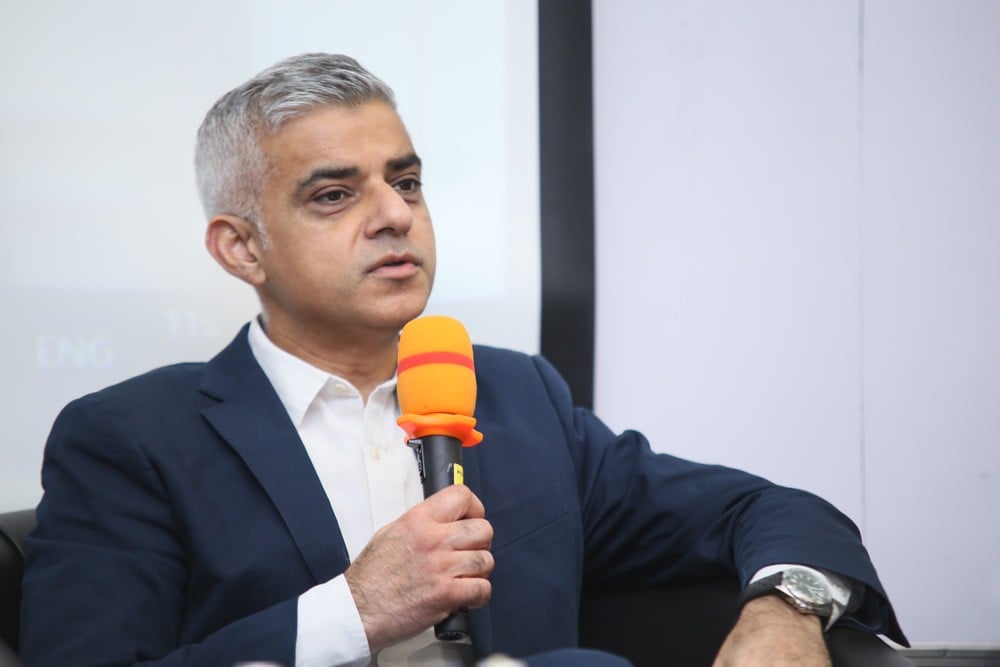 The excitement at Habib University (HU), a liberal arts and sciences institution in Karachi, is almost palpable. High-profile donors, media persons, educationists and students arrive at the auditorium for an exclusive session with Sadiq Khan, London’s celebrated mayor, on his last leg of a three-day whirlwind visit to Pakistan following a tour of India.

They will be able to see and hear Khan firsthand, many looking to have a fan moment with him by clicking a precious selfie or having an exchange of words. As it turns out, Khan’s short visit to Pakistan can virtually be documented by the numerous Instagram selfies and Twitter updates that poured in from the accounts of various celebrities, businessmen and politicians who rubbed shoulders with him at events held in his honour.

The mayor’s itinerary was an ambitious plan of back-to-back engagements in Lahore, Islamabad and then Karachi, as part of his ‘London is Open’ campaign, aimed at boosting business and cultural ties in order to minimise damage speculated to London city under Brexit that will come into effect in March 2019. What he brings to the table is this: the London promise. "You work hard, you get a helping hand and you can achieve anything," he would later reply to a HU student inquiring about education opportunities in London. "There are too many in London, in Karachi, Pakistan, who are working hard but have no helping hand. That’s why they get apathetic and cynical and frustrated by politics and life as well."

The mayor’s itinerary was an ambitious plan of back-to-back engagements in Lahore, Islamabad and then Karachi, as part of his ‘London is Open’ campaign, aimed at boosting business and cultural ties in order to minimise damage speculated to London city under Brexit that will come into effect in March 2019.

"The man of many firsts," as HU President Wasif Rizvi introduces Sadiq Khan, has whipped up a celebrity status for himself in a short span of time. He may be short in stature, but is magnetic in presence. "Anti-business," "friend of terrorists" and "aggressive socialist" were some of the labels attributed to him by his multi-billionaire opponent, Zac Goldsmith, during the highly divisive 2016 mayoral election that London has ever seen. But he went on to become the first Muslim and ethnic minority mayor of a major western capital, garnering the highest number of votes any British politician has ever secured. Khan makes no qualms about professing his love and loyalty to the city he knows as home.

"I am the mayor of the greatest city in the world," he says in his opening remarks. And as much as Pakistanis like to lay claim on this successful politician of common ethnicity, he time and again reminds us during his South Asia tour that his grandparents were from India, his parents from Pakistan, while he himself is a thorough bred Londoner. "Home is South London, mate," he famously retorted to a BBC reporter who asked if coming to Pakistan felt like home.

On stage, he speaks like a true diplomat to a foreign audience. Quotes of Jinnah intersperse his opening remarks to stress on the importance of civil rights, especially that of women. He even drops in a saying of Prophet Muhammad (PBUH) about the importance of education in Islam. And over the course of his talk, Khan tactfully hits a raw nerve -- then offers hope. "We want to make sure that you are not just seen through the prism, as you have sometimes been in the past of security, terrorism and aid. But through the prism of culture, or education or sport or tourism," he says.

He doesn’t take too long on the podium, and of the short time allotted to the whole affair, much of it is dedicated to entertaining questions from the students. In reply to a question, Khan encourages students to use all legal avenues to express their views, whether it is by signing petitions, going to peaceful protests and public gatherings or getting involved in mainstream political parties. "You’re not a consumer, you are an active citizen."

"It’s a two-way relationship," he says. "If you don’t turn up, those decisions will be taken but you have no role in these decisions." When a student asks about the strategies adopted to curb the rising acid attacks in Britain and if they can be applied to Pakistan as well, he does admit that there is a worrying rise in acid attacks during the last three years, but clarifies that it is not just limited to ethnic minorities. He lists out measures like training the fire services to carry water to instantly wash off acid from the victims, closing down sales of concentrated acid in shops, taking action against those who sell acid to under-18 and lobbying the government for harsher sentences against the perpetrators.

Another asks about counter terrorism, also a malaise afflicting both societies, and he stresses on the need to give the public the confidence to report suspicious activity to the police. Khan gives the audience a thought to ponder upon when he quotes a former London commissioner: "We have to be lucky every single time in thwarting an attack, while terrorists have to be lucky only once."

How far can Karachi take on London’s infrastructure blueprint, a student asks. "Great cities around the world learn from each other," he says, "I am a firm believer in stealing an idea well than inventing an idea that doesn’t work." He states that it is a good sign when a city grows because it means that people want to live there.

"It’s a lack of planning for the growth, which is the problem. But the burden of blame cannot entirely be heaped upon politicians, for one has to keep in mind that they reapply for their jobs every four to five years -- a sign of thriving democracy, he says. But "what it leads to is us making short term decisions. Because to build a metro underground, to build a bridge, to build long term infrastructure takes years. So politicians are going to be braver and plan long term."