The Khan of journalism

Afzal Khan, a journalist and a trade unionist, helped modernise the Associated Press of Pakistan. His peers remember him for his generosity of spirit and professionalism 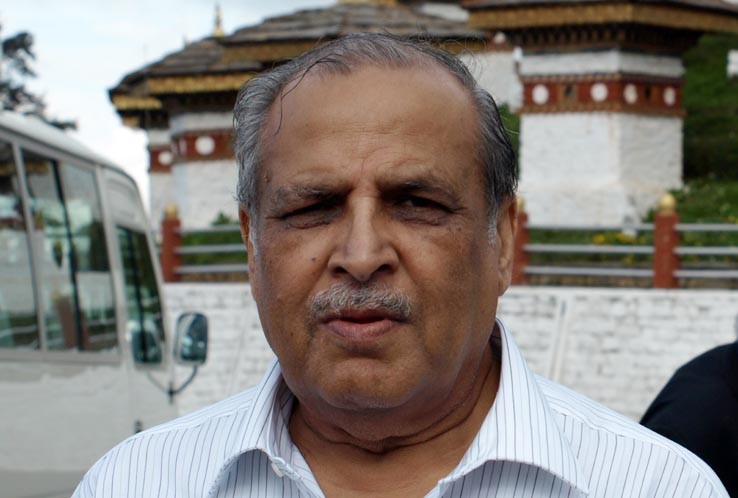 He would, somehow or the other, miss the bus. He’d miss the bus so often that it became a routine. He’d either take the next bus or a taxi to get to his destination. But who knew that on Dec 14, he’d miss the bus for life.

Mohammed Afzal Khan passed away in Arlington, a town in Virginia, USA, after a long illness at age 81. He was born in Nowshehra, a village near Sialkot, in 1937. A graduate of the Government College, Lahore, he started his career with the Urdu-language newspaper Imroze, and went on to become a correspondent for the Associated Press of Pakistan (APP) in Multan.

Naqi adds, "Khan Sahib was among the pioneers of Pakistan Federal Union of Journalists (PFUJ), which was established in 1950. The APP was run by a trust back then and was taken over by the government much later. But he continued to be a trade unionist even after the takeover. He was elected several times to top positions of the PFUJ despite being an employee of the state-owned news agency."

"He would come to my house on Eid each year to drive me down to his place for a meal with his family. I got to know Imran Khan through him as also the legendary poet Ahmad Faraz. All these years, he was just a phone call away for me, with his knowledge and understanding of contemporary politics in Pakistan," says Sharma.

"Multan then offered a rendezvous for students, political workers, intellectuals and journalists resisting authoritarian regimes. And Khan Sahib [called so out of reverence] quite actively took part in their activities," says Imtiaz Alam, recalling the days when the downtrodden classes waged their struggle under a feudal-lord-turned-Marxist Syed Kaswar Gardezi’s leadership.

Khan Sahib’s contribution to press freedom and labour rights was tremendous. He played a key role in the struggle for freedom of expression. "He and his associates protested in East and West Pakistan against the draconian press laws in the early 1960s and made the government announce a moratorium and then amendments. Not only did he wage struggle for journalists’ wages, he also spearheaded a campaign for the implementation of the wage award," says Naqi.

As a mid-career reporter he was sent to cover the 1971 East Pakistan insurgency for the APP. "He was trusted there. He was very close to East Pakistan journalist and trade unionist KG Bhai (Mustafa), who later on became Bangladesh ambassador to China," says Naqi.

He retired from the APP as executive director after 35 years of association, including 10 years as the Washington correspondent. Working alongside M. Aftab, the APP director general in the 1990s, he helped modernise the press agency. Khan also wrote regular columns and news features for the Arab News, Khaleej Times, Dawn, The Nation, Pakistan Times and Hindustan Times. He earned an honest living and was proud to do so. He also promoted the cause of religious tolerance, political freedom, democracy and human rights through his writings.

In a tweet, veteran journalist Muhammad Ziauddin called him, "professional to his finger tips".

Khan was also one of the founders of Safma. "He would always guide us on regional issues," says Alam.

Khan was close to several left and right wing leaders and politicians, including Zulfikar Ali Bhutto, Maulana Bhashani, Benazir Bhutto and Imran Khan. Maulana Fazl-ur-Rehman used to call him his chacha (uncle) because of his association with his father, Mufti Mahmood.

Alam thinks of Khan as a good storyteller with a good memory, a good company and a great host. "He was enlightened and a humanist at heart. His house in Islamabad was a centre of drawing room politics, a non-controversial place."

"I would stay at his home, both in Multan and Islamabad. He and his wife were very hospitable," says Naqi. He was a family person and would take his wife, his hometown love Khalida, to visits all around the world. Besides his life partner, he has left behind two sons and two daughters.

Vinod Sharma, now Political Editor with Hindustan Times, knew Khan since the time he was posted in Islamabad as the newspaper’s correspondent in the early 1990s. "He would come to my house on Eid each year to drive me down to his place for a meal with his family. I got to know Imran Khan through him as also the legendary poet Ahmad Faraz. All these years, he was just a phone call away for me, with his knowledge and understanding of contemporary politics in Pakistan," says Sharma.

"And when I would be in his country, he would get trotters (kharoras) made at home to either bring them to my hotel or have me over at his place. Chilgozas (pine nuts) were his favourite and I cannot recall how many kilogrammes of the exquisite dryfruit I must have consumed, courtesy him. I heard from him so many stories about Zulfikar Ali Bhutto whom he knew well as a journalist. It was in his company that I first met Benazir Bhutto," Sharma adds. "Rest in peace, Afzal Khan Sahib. You were God’s own man capable of endless love. I would miss you deeply."

And so would we, all!

The Khan of journalism