Had Benazir Bhutto lived beyond 2007, she would have established civilian supremacy and parliamentary democracy in the country 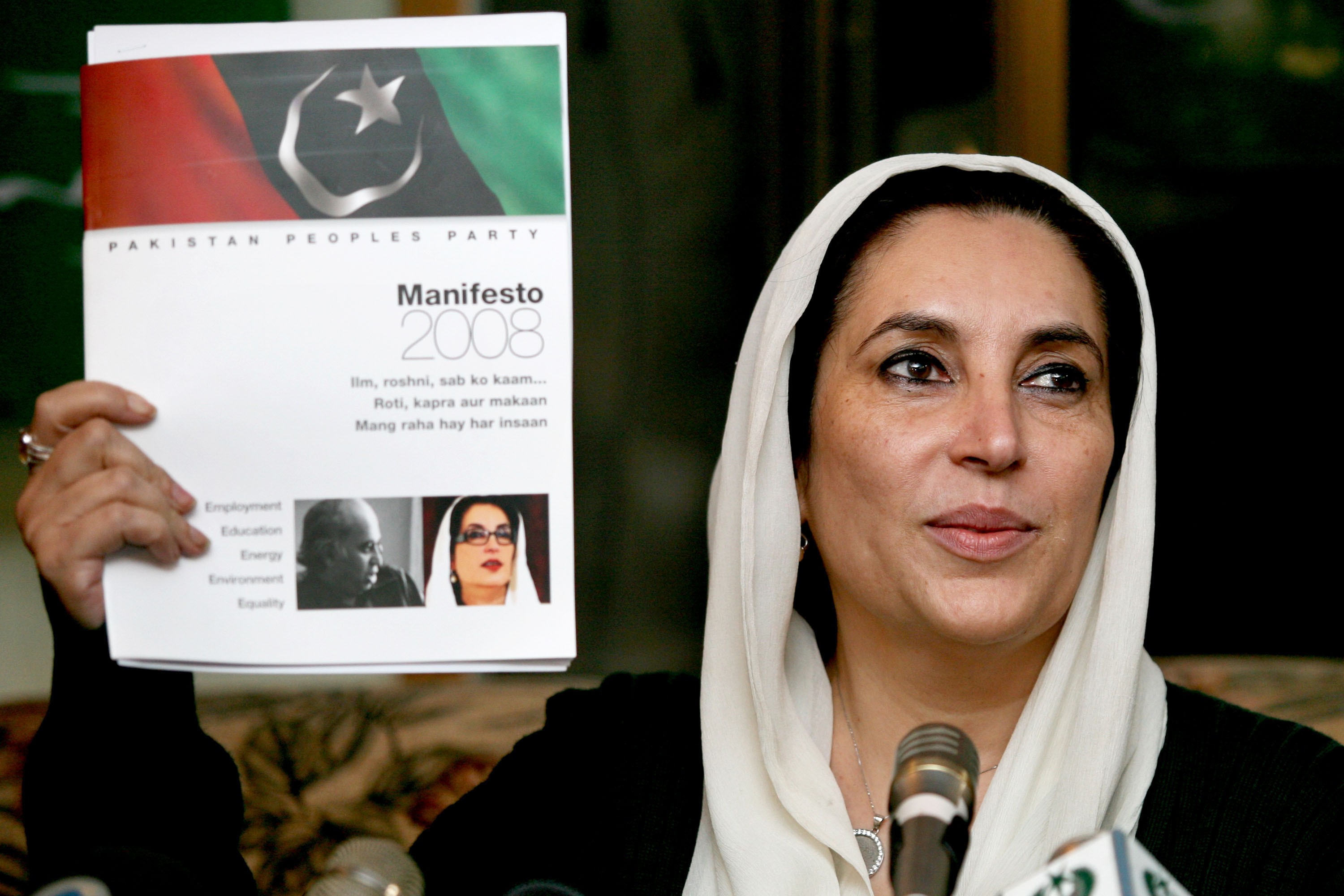 Ten years have passed since that fateful evening in the garrison city of Rawalpindi when Benazir Bhutto was assassinated by a bunch of savages. The assassins were definitely not a pack of astray killers. They were, in all probability, backed by the forces of unscrupulous power driven by insidious intent.

The very mode of the crime suggested elaborate planning and meticulous execution. A volley of bullets was followed by a blast and the blood stains along with corroborative evidence were hosed off the crime scene with a compulsive urgency that could only be matched by the anxiety of a guilt-ridden Lady Macbeth.

The ensuing salvo of accusations was in itself incriminating. The military dictator accused the victim of exposing herself to the crowd; a negligence that at best could only be an accident, no way related to the presence of the assassins and the apparatus of murder.

Ms. Bhutto, in her mid-twenties then, filled the shoes of her illustrious father in an enviable way. She re-shaped the political agenda of her party.

While it is well known that the terrorist outfits like al Qaeda and Taliban had been baying for her blood since 1990s, it is equally well-founded that such extremist religious elements had been in close connection with Pakistan’s security establishment.

Benazir Bhutto’s assassination was best summed up by Heraldo Munoz, in his book, Getting away with Murder (2013). Munoz likened the best explanation for who killed Bhutto to the 17th century Spanish play in which a village united together to kill a commander.

The criminal justice proceedings of the case have been brought to a closure earlier this year. The main accused remains an absconder with no hint of Interpol being asked to bring him to the dock. None of the major political and security characters, most likely to know the facts, were ever called to the court. Five persons accused of directly facilitating the assassination of Ms. Bhutto have been acquitted. And interestingly, the seminary from which all five operators received their religious instruction, has received a hefty amount of RS300 million from KPK government -- ostensibly to promote education.

This, perhaps, then is a good juncture to reflect as to why Benazir Bhutto, after laying down her life for the cause of democracy, failed to win her due status as the undisputed icon of democracy in Pakistan. Why is she just another name in a long list of political murders by unknown assassins through the decades in this country?

Benazir Bhutto was arguably the most popular political leader for three tumultuous decades.  She took over the reins of Pakistan People’s Party in 1978 when her father was facing a trumped-up murder trial and his political party was being victimised by the most brutal dictatorship in the history of this country.

Ms. Bhutto, in her mid-twenties then, filled the shoes of her illustrious father in an enviable way. She re-shaped the political agenda of her party. She replaced a quasi-socialist, quasi-nationalist party into a formidable citadel of resistance to military dictatorship, entrenched establishment and forces of obscurantism.

She was imprisoned, tortured, exiled and reviled in the most obnoxious way while thousands of her supporters and workers languished in torture-houses, flogged and executed. Importantly, Benazir Bhutto was an unmarried young woman in a deeply conservative society.

There was an unmistakable nexus between the military regime and the religious bigots which unleashed its arsenal of multi-faceted media trial against an unarmed girl. She was dubbed anti-Pakistan, anti-Islam and even a security risk for the country. Lest we forget, the most powerful international forces like the US and Kingdom of Saudi Arabia stood firmly behind the military regime in Pakistan. At least some elements in these countries deeply resented the emergence of a Muslim woman as the banner-carrier of democracy.

It was the crucible of this amorphous, asymmetric and no-holds-barred struggle that gave birth to the legend of Benazir Bhutto. She was the voice of democracy well before the world heard the chimes of democratic November in 1989.

After the demise of dictator Zia, Benazir had to suffer a rude shock. There would be no transfer of power to the elected leadership, only a sharing of power, a nebulous arrangement where she had to concede important portfolios to the faceless and powerful establishment. Still, she was not allowed to complete her tenure as an elected prime minister.

The forces of establishment orchestrated her ouster under the allegation of corruption and incompetence. Corruption and incompetence were to be the bywords of the political games played to the tune of proxy governance over the next ten years. Benazir, too, received her share of smudges in this period. By 1999, another dictator had taken over with a declared agenda of keeping popular leadership out of the political arena. Benazir had been in exile since late 1990s.

By 2000, her arch rival Nawaz Sharif had joined the club of the leaders, unacceptable precisely because of popular support. This was an era when Benazir dispalyed her skill as the most astute democratic leader. She drew the outline of a broader democratic reconciliation that would ensure the ultimate defeat of the undemocratic powers in the country.

In May 2006, she signed the Charter of Democracy with Nawaz Sharif. This document promised to revive the relevance of genuinely democratic political forces of the country while dismissing the possibility of extra-constitutional intervention. On the other hand, Benazir negotiated National Reconciliation Ordinance (NRO) with the military dictatorship. This much maligned agreement, in fact, aimed at burying the forgettable skeletons of a past when political scores were settled through fake judicial measures.

It was in this context that Benazir returned to the country in October 2007. Importantly, she made every effort to convince her political rival, Nawaz Sharif, to embrace the electoral process in the coming months. Benazir Bhutto had devised a strategy that would have transformed the political history of this country. She knew the risks involved.

On her flight back to the country, she accepted a few snacks in contravention of her strict diet regime and made a wry comment, "in any case, I am not going to live beyond a few months." She knew she was flying back to her death trap.

Had Benazir Bhutto lived beyond 2007, she would have established civilian supremacy and parliamentary democracy in the country. Ten years down the lane, the dream remains unfulfilled and Benazir is still a political name without a national consensus. The reasons are simple. The years since her assassination have been a continuous saga of conspiracy, made-up crises and relentless slander against democracy. The questions of control over policy-making, resource distribution and social discourse remain unanswered. And the legacy of a great democratic leader like Benazir Bhutto remains undecided.